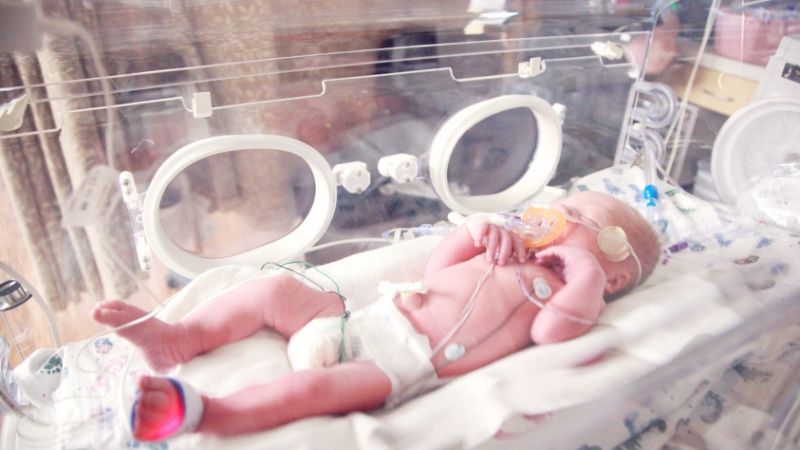 Welcome to an Inside Lyme case study. I find that the best way to get to know Lyme disease is through reviewing actual cases. In this case study, I will be discussing three premature infants who contracted Babesia from their blood transfusions.  This case series will be discussed on my Facebook and made available on podcast and YouTube.

These cases were described in the Pediatric Infectious Disease Journal written by Glanternik and colleagues in 2017.

I will discuss Babesia before discussing the case. Babesia is caused by the parasite Babesia microti. Babesia is typically contracted from the bite of a deer tick. In early cases of Babesia, the parasite may be seen in the red cells by looking at a thick smear of blood under the microscope. In other cases, Babesia can only be detected by a DNA test called a PCR or an antibody test. In some instances, Babesia may not be detected by any of these tests.

Babesia can be severe and, in rare cases, fatal. Babesia can also be mild or without symptoms. In some cases, Babesia can be transmitted through a blood transfusion and during pregnancy.

In some cases, Babesia can be transmitted through a blood transfusion and during pregnancy. Click To Tweet

Let’s get back to the case.

A team of doctors at Yale School of Medicine diagnosed Babesia in a premature infant in a neonatal intensive care. The baby boy presented with medical problems common to premature child consisting of respiratory distress syndrome, grade I intraventricular hemorrhage, retinopathy of prematurity, thrombocytopenia, and anemia.

The boy was transfused on his 2nd day and 5th day of life. Nearly three weeks later, the parasite Babesia microti was identified in the premature child’s red cells under the microscope.

The researchers tracked the blood transfusion to a 24-year-old man in Connecticut. The donor was not aware that he was infected with Babesia microti.  The blood bank’s screening process did not detect the young man who was infected with the parasite.  The donor subsequently tested positive for Babesia by PCR and antibodies.

One of these three premature children relapsed. The doctors were again able to identify Babesia in the child’s red cells. This child was successfully retreated with an additional 23 days of azithromycin and atovaquone according to authors.

In my practice, each individual requires a careful assessment. That is why I order tests a broad range of tests including blood counts, liver and kidney function, thyroid disease, lupus, and rheumatoid arthritis in addition to tests for tick borne infections. I also arrange consultations such as neurologists, rheumatologists, and ophthalmologists.

Many patients are complex, as highlighted in this Inside Lyme Podcast series. The tests are not all that reliable. A single course of antibiotics can fail. I have had to individualize therapy for these patients.

We need more doctors with skills diagnosing and treating Babesia. We could use a reliable test to determine who has Babesia and who has resolved their infection. We need a way to protect the blood supply from Babesia microti. We hope that if a professional sees a newborn child with Babesia that they can use these cases to remind them to look for Babesia and treat accordingly.

We need to give doctors the freedom to treat these complex cases without undue interference by colleagues, insurance companies, medical societies, and medical boards.

We hear a lot about the erythema migrans (EM) rash as a definitive sign of Lyme disease. But the EM rash does not always have the bull's-eye appearance, as many people believe. More in tonight's blog. Was yours atypical?
#LDScience #LymeConversations
... See MoreSee Less

What does a Lyme disease rash look like? - Daniel Cameron, MD, MPH

What does a Lyme disease rash look like? The classic EM rash that identifies Lyme disease can have many presentations and does not always appear as a Bull's-eye rash.
View on Facebook
·Share

Mine was a bullseye rash in 1998. But, 4 others in the family also were bitten, and did not have a rash. In 2017, was bitten again, but no rash. Lots of system overload second time, and lots of sweats. Getting slowly over my issues, but still on an every 6 week term of antibiotics.

Lyme does not look like that most of the time, took me over 10 years to deal with this and now I'm good!

Doctors are indoctrinated in medical school. Out quacks too lazy to do there job. Don't pay them a dime. I call Bull Shit.

yes, many. including an infectious disease doctor who told me that if I had ever had any antibiotics for any reason, like sinus infection or UTI, after being infected (if I even was) it would have killed all of the bartonella and lyme.

I have Lyme, cos, toxic mold and excessive sweater exposure. Multiple environmental accidents. How does one bring up primary immune disfunction to while reading the rest

Yep. My son saw a new doctor who told him he doesn’t believe in long term antibiotics for Lyme. My husband immediately said to find a new doctor.

I had a problem with this bum last week because I needed antibiotics for a severe toothache. He may have discovered that he was REALLY helping me with the Lyme.....

I can't find a doctor to help me in Austin

Many. I've even been thrown out of practices. One doctor actually believed my report of a Lyme diagnosis, but when I mentioned mold exposure and mast cell activation issues, he began gaslighting me and threw me out, telling me he wasn't going to believe another world I told him. Now wonder I have some PTSD going on from all the misdiagnoses and treatment by doctors.

The classic is if your labs are negative for Lyme the dr. says that is a solid result, but if the lab is positive....well the labs can produce false positives....just not false negatives. 🤔

Every one of them except one GP who did actually listen and accept the possibility. Even the infectious diseases expert dismissed it.

I was promptly escorted out of a Neurologist office as soon as i said the word Lyme. He said I know nothing of Lyme and escorted me out.

I blame the CDC for giving out false information like tick free states. Plus doctors are given minimal training in Lyme Disease. There should be mandatory CME Lyme training for doctors.

Boy do my husband and I get it

yes....laughed at, I even got blocked by an infectious disease Dr from receivng treatment by any other Drs.

Every doctor in Norway. Lyme doesn't exist here according to them...

All of them. The Infectious disease doc at st Mary’s in wtby ct told me I was misdiagnosed by a kook Lyme doctor & wrote in in my file.

They don’t know anything about it, and are too busy to learn. Lymers are not ideal patients.

Yes pretty much all Of them

Worst...I was turned away by a doctor in Vergennes Vermont. Timothy Bicknell. He said that he didn’t believe in Lyme. I told my story to Vermontlyme.org who did nothing. I feel so bad for any Vermonters with Lyme going there.

I know total infectious diseases departments that are forbidden to use the word lyme or late stage lyme, in some of the greatest teaching hospitals in America.

Yessss!! I was told “you don’t have enough Lyme to make a margarita “ 🤬

Yes! Lyme is like a bad word. As soon as it’s uttered, one is labeled crazy. Very similar to Hydroxychloroquine 🤭

Nearly every single doctor I saw over more than 25 years refused to discuss anything Lyme related. One PC doctor actually said to me, “I don’t know anything about Lyme, and I don’t intend to!” Period.

Have you been diagnoses with PTLDS? #LymeConversations ... See MoreSee Less

Our problem was doctors telling us our children weren't sick. Thank God, we were blessed to find a doctor who not only diagnosed them, but treated them until all symptoms were gone and there were no relapses. Two out of our four children took antibiotics for approx 6 years.

I believe I'm in a hard flare now.. my spine is being attacked creating issues with almost every joint. Changed chiropractor and it's not helping as much.

Actually, I do have PTLDS but I called it chronic Lyme because I was never diagnosed in the first place until I was 67. Misdiagnosed with "mental illness" for 50 years and Fibromyalgia for 20 of those years. Am unable to treat at this point due to many complications: mast cell issues, mold illness, etc.

Yes. Boy I wish you were my doctor lol.

Tons of regular docs and no diagnosis for any of the issues.