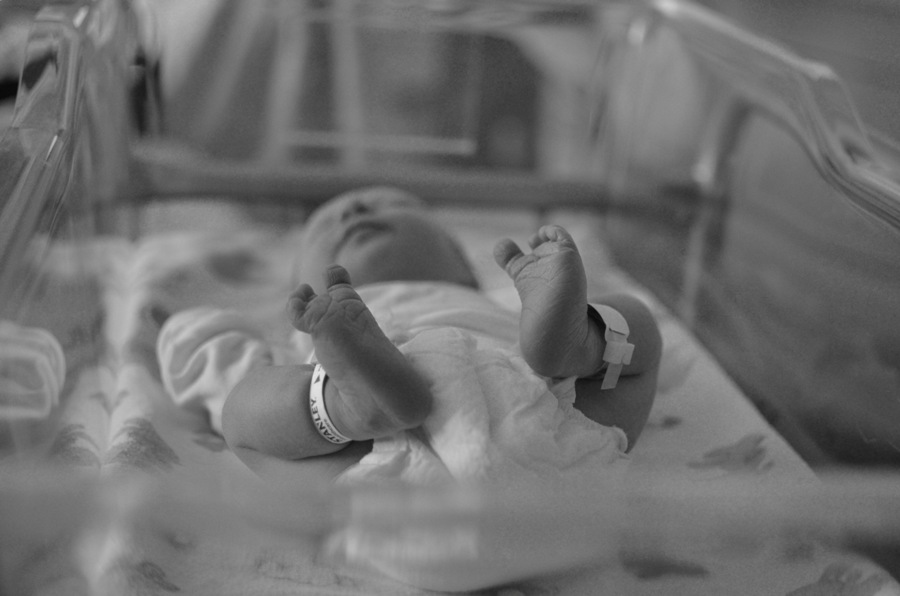 Welcome to an Inside Lyme case study. I find that the best way to get to know Lyme disease is through reviewing actual cases. In this case study, I will be discussing an unusual risk of blood transfusions — contracting the tick-borne disease Babesia.  The report describes 3 cases of premature infants who contracted Babesia from blood transfusions.  This case series will be discussed on my Facebook and made available on my Lyme Podcast and YouTube channel.

These cases were described in the Pediatric Infectious Disease Journal written by Glanternik and colleagues in 2017.

Babesia is caused by the parasite Babesia microti. Babesia is typically contracted from the bite of a deer tick. In early cases of Babesia, the parasite may be seen in the red cells by looking at a thick smear of blood under the microscope. In other cases, Babesia can only be detected by a DNA test called a PCR or an antibody test. In some instances, Babesia may not be detected by any of these tests.

Babesia can be severe and, in rare cases, fatal. It can also be mild or without symptoms. In some cases, the disease can be transmitted through a blood transfusion and during pregnancy.  Although the risk of blood transfusions transmitting tick-borne diseases is still rare, it remains a concern.

In some cases, Babesia can be transmitted through a blood transfusion and during pregnancy. Click To Tweet

Let’s get back to the case.

A team of doctors at Yale School of Medicine diagnosed Babesia in a premature infant in a neonatal intensive care. The baby boy presented with medical problems common to premature child consisting of respiratory distress syndrome, grade I intraventricular hemorrhage, retinopathy of prematurity, thrombocytopenia, and anemia.

The boy was transfused on his 2nd day and 5th day of life. Nearly three weeks later, the parasite Babesia microti was identified in the premature child’s red cells under the microscope.

The researchers tracked the blood transfusion to a 24-year-old man in Connecticut. The donor was not aware that he was infected with Babesia microti.  The blood bank’s screening process did not detect that the young man was infected with the parasite.  The donor subsequently tested positive for Babesia by PCR and antibodies.

Initially, the risk of blood transfusions transmitting a tick-borne infection had not been considered.

One of these three premature children relapsed. The doctors were again able to identify Babesia in the child’s red cells. This child was successfully retreated with an additional 23 days of azithromycin and atovaquone, according to the authors.

In my practice, each individual requires a careful assessment. That is why I order a broad range of tests including blood counts, liver and kidney function, thyroid disease, lupus, and rheumatoid arthritis, in addition to tests for tick-borne infections. I also arrange consultations with neurologists, rheumatologists, ophthalmologists, and others, when necessary.

Many patients are complex, as highlighted in this Inside Lyme Podcast series. The tests are not all that reliable. A single course of antibiotics can fail. I have had to individualize therapy for these patients.

We need more doctors with skills diagnosing and treating Babesia. And more awareness about the risk of blood transfusions possibly transmitting tick-borne diseases. We could use a reliable test to determine who has Babesia and who has resolved their infection. We need a way to protect the blood supply from Babesia microti.

We hope that if a professional sees a newborn child with Babesia that they can use these cases to remind them to look for Babesia and treat accordingly.

We need to give doctors the freedom to treat these complex cases without undue interference by colleagues, insurance companies, medical societies, and medical boards.

I will be reviewing the COVID-19 trials for my Lyme disease patients base on my experience as a doctor and clinical epidemiologist. #LymeConversations ... See MoreSee Less

I am Really torn on even thinking of taking a vaccine they rushed to come out with, I do not even get the flu shot. My mistrust of the CDC and most Md's, I am looking forward to see what you think.

Thank you Dr. Cameron. I still think that you should have a “pop up” Dr.s office near Atlantic City. This part of the state is in complete denial. These new docs have to know about all diseases that are in geographical areas as well.

I'm looking forward to your thoughts on the different vaccines in people who are immune compromised!

Thanks so much. Will be waiting to here your honest opinions.

Looking forward to your input. As always, Thank You Dr. Cameron

I’m not, kinda scared of the after affects yikes 😱

Yes!! I’m will really looking forward to you insight!

Thank you for caring for us so much!

I can't wait for your oversight. Thank you

We thank you. All the best.

Thank you. Grateful for you

I look forward to your reviews.

Please look into this, and the lung cancer tissue being used in some vaccines. Im curious if these A549 will be used to,make certain covid vaccines. www.researchsquare.com/article/rs-94837/v1?fbclid=IwAR3eD-S2M2Qx1GVSxd73fKvKVj68nfZ6H2lgR9b1SETvj...

I think what's expecially true for our community of immunity damaged patients (like us with Lyme pathogens) is that we understand WHAT an emergency use authorization means... It means that the criteria's are somewhat different and greater risks are taken during that phase of the pandemic response. I personally want to get beyond an emergency use authorization and get back to our normal, rigorous standards AND then add 1 - 3 years to that. And as far as the Moderna RNA Gene editing vaccine? This is brand new science being put to use. It might be the greatest thing since sliced bread, we probably shouldn't be on the front line of that taking such a significant risk. I'd like to see like a monkey or chimpanzee studies with it, before it goes to use into some people like myself, just because that could be a multi-generational type of an effect. Maybe a 5 year study. Now if you're senior person not going to create children that might not be such a big deal, the potential to share the vaccine with children. I personally think that these are very strong reminders to me that I'm not going to run at ANY vaccine anytime soon. I really hope that people are going to take a step back and realize that we are so early on in these studies (as little as 7 days!) will that we really need to take a pause and continue to be safe. We all need to manage our personal risks. What is an emergency use authorization (EUA)? In an emergency, like a pandemic, it may not be possible to have all the evidence that the FDA would usually have before approving a drug, device, or a test. When there is a declared emergency, the FDA can make a judgment that it's worth releasing something for use even without all the evidence that would fully establish its eﬀectiveness and safety. If there’s evidence that strongly suggests that patients have beneﬁted from a treatment or test, the agency can issue an EUA to make it available. www.jhsph.edu/covid-19/articles/what-is-emergency-use-authorization.html