Often the diagnosis of Lyme disease depends upon the physician’s readiness to listen and ask questions and on the mutual exchange of information, beginning with the initial doctor-patient interview. 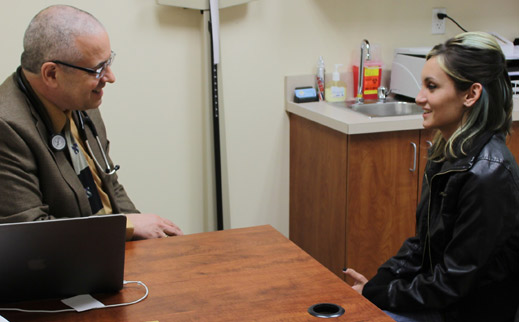 Often the diagnosis of Lyme disease depends upon the physician’s readiness to listen.

Lyme disease should be diagnosed clinically, without reliance on testing. However, all too often, physicians will ignore clinical presentations if laboratory tests are negative. Yet there are numerous scientific articles documenting false negatives and low sensitivity of such tests.

There can be several reasons for the inaccurate results. The sensitivity of the tests varies greatly depending upon how long an individual has been infected and on the type of clinical manifestations. If a patient has received antibiotics in the early stage of the disease, antibody levels may be too low to be detected or nonexistent. Antibodies to Borrelia burgdorferi (Bb) do not appear in the blood until several weeks (usually 4-6 weeks) after the tick bite. The Lyme bacteria are not always present in the blood. The person could have been infected with a strain of Bb that is not covered in testing.

That said, laboratory tests can be used to support the diagnosis. Because of the varied presentations and necessity of relying on a patient’s symptoms, several tests may be helpful.

“Effective communication and engaging your patient to elicit a complete medical history including any possible exposure to ticks is critical in making a diagnosis.” ─ Dr. Daniel Cameron

The ELISA and Western blot are the most common tests used to diagnose Lyme disease. Both tests measure antibodies (proteins made by the immune system to fight infection) to Bb, the bacterium that causes Lyme disease.

The tests can be problematic. The ELISA and Western blot can only detect whether a person has been exposed to Bb. The tests cannot determine if there is an active infection which could be causing the persisting symptoms, since antibodies can be produced for months or years after an infection has cleared.

Typically, the ELISA test is used to initially screen for Lyme disease. If negative, the clinician may dismiss the possibility of a Lyme disease diagnosis and choose not to perform the Western blot. However, the ELISA is not an accurate screening test. Numerous studies have found it to have a poor sensitivity rate.

Our office typically tests for Lyme disease with both the ELISA and Western blot, and includes testing for possible co-infections. In certain cases, additional tests may be ordered, including a spinal tap or MRI. 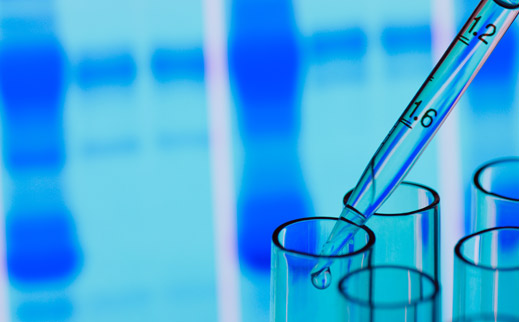 The ELISA is the initial screening test typically used to detect Lyme disease.

The ELISA, or Enzyme Linked Immunosorbent Assay, is the initial screening test typically used to detect Lyme disease. The test reports the total quantity of antibodies to Bb found in the patient’s blood. The test should not be performed until 4-6 weeks after the tick bite, since it can take several weeks for antibodies to develop. The ELISA is not an accurate screening test.

Studies indicate the test has poor sensitivity, ranging between 33% and 49% in patients who present with an EM rash. This means that more than 50% of patients with this classic Lyme symptom tested negative. However, in patients with neurological symptoms, the sensitivity rises to 79%. 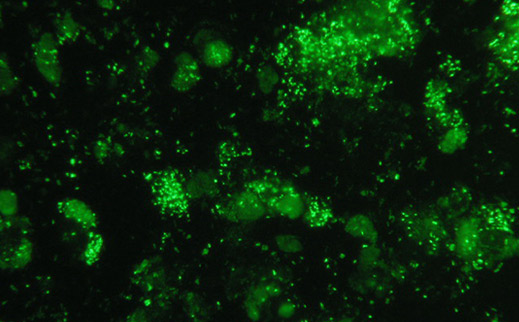 The Western blot has a greater sensitivity than the ELISA. The Western blot test identifies individual antigen patterns typically seen in Bb. If enough of the antigens are present, the test is considered positive.

While the Western blot is more accurate than the ELISA, it has been found to not be a sensitive test. It can be difficult to interpret the results of the Western blot, since multiple “bands” need to be identified and the amount of reactivity on each determines whether or not the band will be reported.

There are labs that report the full spectrum of bands for IgM and IgG to assist when making a diagnosis using clinical judgment. For example, the CDC criteria does not include Bb specific antigens 31 kD and 34 kD.

With most infections, the IgM class antibody appears first and can be used to identify an infection early on. The IgM would normally disappear in most infections and be replaced by the IgG class antibodies, which typically indicates the resolution of the infection. However, the Bb infection is unique and the IgM antibody may persist for years. There are suggestions from the literature that a persistently positive IgM may reflect an ongoing infection, or a more severe disease. 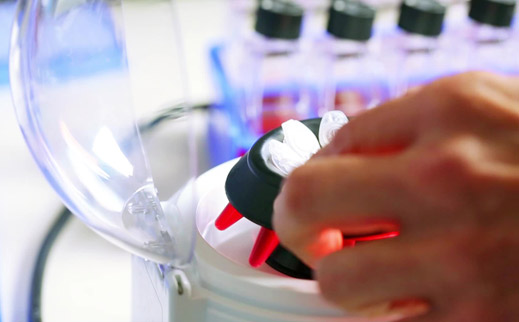 The two-tier diagnostic criteria requires that an ELISA screening test be performed first.

The CDC recommends a two-step process when performing serological testing for Lyme disease. The two-tier diagnostic criteria requires that an ELISA screening test be performed first. If negative, the Western blot should not be order, according to the CDC. If the ELISA or IFA test is positive or indeterminate, it must be confirmed with the Western blot. The IgM Western blot must have 2 out of 3 bands reactive OR the IgG Western blot must have 5 out of 10 bands reactive. Both tests must be positive for an individual to be diagnosed with Lyme disease and fit the CDC criteria.

The two-tiered antibody testing is not an accurate method, since it requires positive results on BOTH the poorly sensitive ELISA and Western blot tests.
One study found a 38% sensitivity of the 2-tier testing in culture-confirmed Lyme disease. [1] In a second study, in 404 patients with an EM rash, the sensitivity was 35.2%. [2]

The Food and Drug Administration (FDA) approved complement peptide C6 (C6-peptide) as an attempt to develop a more accurate ELISA test. In one study the C6 had a 66.5% sensitivity among 403 patients with an EM rash. Further studies are needed to determine the accuracy of the C6 in general practice.

The sensitivity and specificity of the indirect fluorescent antibody (IFA) is subject to the same limitations as the ELISA test and depends on subjective readings of antibodies using a fluorescent microscope.

The IFA sensitivity varies depending on how long the patient has been infected and on the clinical manifestations.

The PCR (polymerase chain reaction) test is used to detect the DNA of Borrelia burgdorferi (Bb), the bacteria that causes Lyme disease. Instead of measuring the body’s immune response to Bb, the PCR test searches for evidence of the bacteria itself. However, the sensitivity of the PCR technique is very low, ranging from 5% to 25% in actual practices. Since the PCR does not measure the entire DNA sequence there can be false positives. The test has been approved in every state except New York despite the low sensitivity. 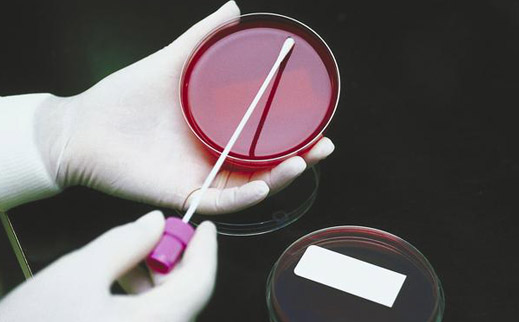 While the culture test is considered the “gold standard” for most infections, it is of very limited benefit in Lyme disease

While the culture test is considered the “gold standard” for most infections, it is of very limited benefit in Lyme disease. It’s difficult to obtain a positive culture, even in untreated patients once the infection has disseminated beyond the margins of the erythema migrans (EM) rash. And, the Bb organism grows slowly, so a culture can take weeks to obtain.

A new culture test has been recently introduced. Studies on its level of sensitivity are promising. In Lyme disease patients who met the strict CDC criteria, the new test found positive cultures in 47% of the patients at day 6 of testing. At week 16, 94% of the individuals tested positive. Controls were negative.
Borrelia identified in the culture was confirmed by using immunostaining, PCR, and direct DNA sequencing. The culture is currently undergoing validation testing to determine its generalizability. The culture test can be ordered in every state except New York. 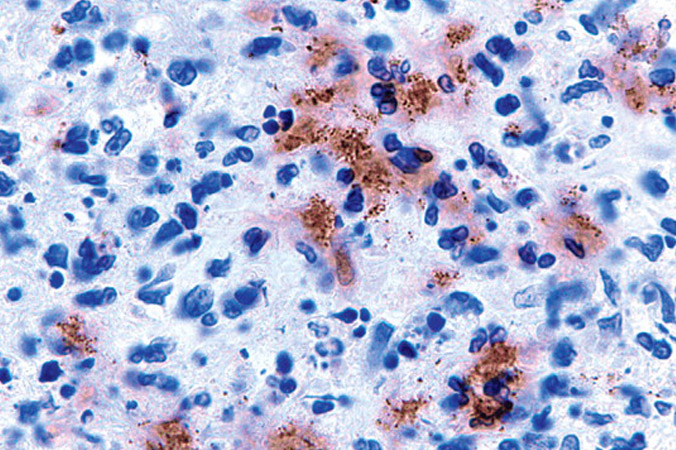 There is no strong data available for determining the accuracy of the Western blot when testing for co-infections.

There is no strong data available for determining the accuracy, or sensitivity, of the Western blot when testing for co-infections, including Babesia, Bartonella, Ehrlichia and Anaplasmosis. The intraerythrocytic inclusions described on a thick smear in Babesia have been described in individuals in an intensive care hospital setting but not typically in community setting. The morula inclusions in Ehrlichia and Anaplasmosis are uncommon. More common are a low white count, mildly abnormal liver function test, and low platelets but even these finding are short-lived.

Oftentimes, the only tests available are IgM and IgG Western blot test, the accuracy of which remains uncertain. There are a broad range of tests that are being introduced to increase the certainty. In the meantime, clinical judgment remains important. 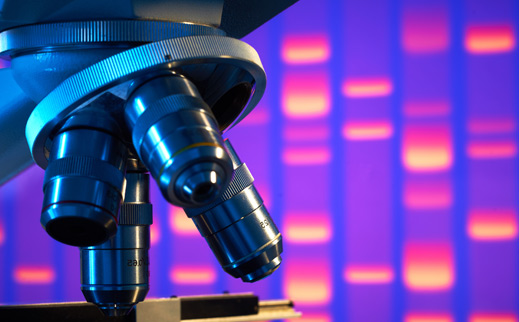 The growing number of infectious diseases carried by ticks; the emergence of new vector-borne diseases; the unreliability of laboratory tests; and the complexity of symptom presentations and variations in each patient make Lyme disease one of the most perplexing and elusive medical conditions to identify. learn more → 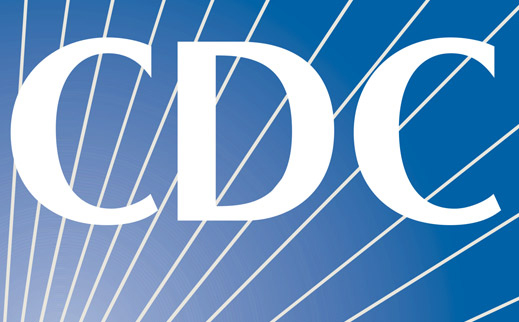 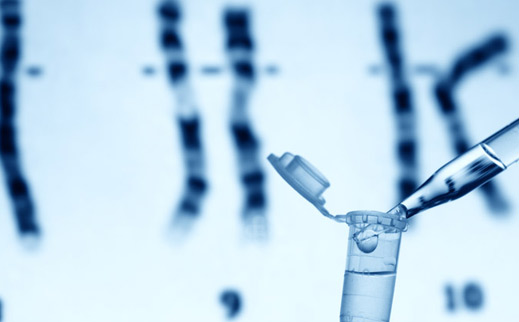 Co-infections can be challenging to diagnose, as clinical features often overlap with many of the other tick-borne diseases, including Lyme disease. However, the importance of identifying and treating polymicrobial infections is critical in getting a patient well. learn more →