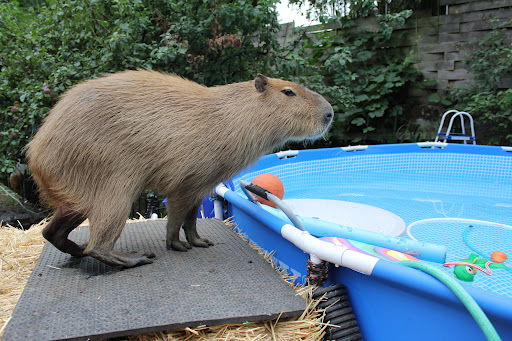 An article published in the Brazilian Journal of Microbiology entitled "Brazilian borreliosis with special emphasis on humans and horses" examines the growing number of cases in Brazil of Lyme disease, referred to, in that country, as the Lyme-like or Baggio-Yoshinari Syndrome (BYS).

The authors take an in-depth look at BYS and how it compares to Lyme disease (LD) found in the United States. Although there are slight differences between the diseases, BYS and LD share similarities on many fronts. [1] “Despite the increasing number of suspect cases, this disease [BYS] is still neglected in Brazil by the medical and veterinary communities,” writes Basile and colleagues.

BYS causes some of the same symptoms seen in Lyme disease, such as erythema migrans, arthritis, neurological symptoms and cardiac disease. Both are difficult to diagnose.

“The disease is often unrecognized, especially at secondary or tertiary stages when patients do not remember what occurred months or years before the current disease,” stated Basile. “Certainly, many cases of unrecognized chronic neurological or articular disease are in fact cases of BYS not identified and treated at early stage.” 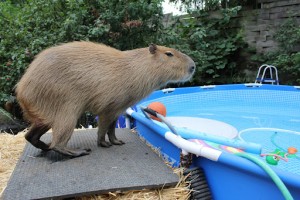 The capybaras, a popular Brazilian house pet, is a known reservoir for ticks infected with the Lyme-like or Baggio-Yoshinari Syndrome (BYS).

The Brazilian disease can also be multisystemic. “Baggio-Yoshinari Syndrome has been reported to cause neurological, cardiac, ophthalmic, muscle, and joint alterations in humans.” Furthermore, it has been associated with a high morbidity “due to the presence of symptom recurrence, severe reactive manifestations such as autoimmunity, and the need for prolonged treatment.”

According to Basile and colleagues, the disease progresses with recurrences, “especially if antibiotic treatment is initiated later than three months after infection.” Thus, treating the disease in its early stages is critical.

Cystic forms have been described, as well. “Because motile and spiral spirochetes were never isolated or cultured in Brazil, researchers from LIM-17 assumed that the etiological agent in Brazil was present in cystic form.”

The Brazilian patients may also be suffering from co-infections, as investigators identified other microrganisms in the blood of BYS patients. Tests showed “the occurrence of microorganisms with morphological structures similar to Mycoplasma spp., Chlamydia spp., and non-flagellated spirochetes in the peripheral blood of patients with BYS who were seropositive for B. burgdorferi sensu lato,” according to Basile. “Those patients exhibited negative serology for Mycoplasma spp. and Chlamydia spp.”

Additionally, laboratory testing for BYS is unreliable. There is a low sensitivity and specificity with the ELISA, enzyme immunosorbent assay, or western blotting for B. burgdorferi, in part because these tests utilize antigens from B. burgdorferi stricto sensu from the Northern Hemisphere.

Domestic pets have been described as potential reservoirs for ticks carrying the disease. The capybaras, a large rodent and popular house pet in Brazil, has been identified as a likely reservoir and is thus a threat in spreading the disease.

Wild and domestic animals can be infected. “Studies indicate that LB [Lyme borreliosis] in horses has clinical signs similar to the disease in humans, including fever and lethargy, arthritis, polysynovitis, lameness, muscle stiffness, abortion, meningitis, cranial neuritis, radiculoneuritis and encephalitis, uveitis, and premature death of foals,” according to Basile.

The authors’ findings reminds us that the challenges faced in the United States in gaining recognition for a disease that is growing in numbers and has the potential to cause chronic, debilitating illness is not unique to our country. The Brazilian patients suffering from the Lyme-like or Baggio-Yoshinari Syndrome are struggling to conquer the same obstacles.

“Lyme disease is a condition of extreme importance because it is a zoonosis that causes physical and psychological sequelae in affected individuals. It remains poorly investigated in Brazil, especially in the field of veterinary medicine. Therefore, studies describing the unique aspects of the disease in Brazil and the etiological agents found are needed.”