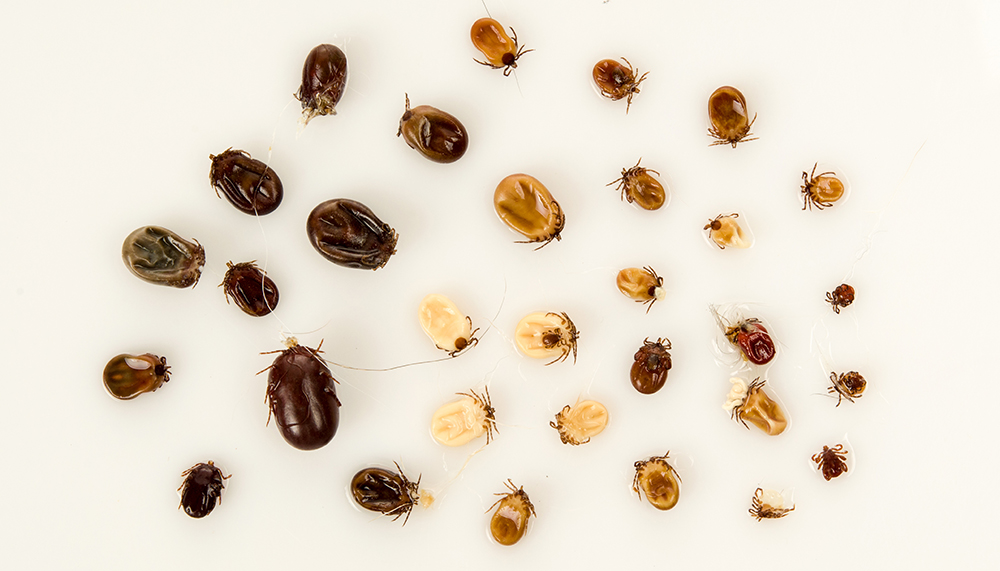 It has been nearly 40 years since Lyme disease was first identified in a small town in Connecticut. At that time, it was the only tick-borne illness recognized by clinicians. And its symptoms were relatively mild compared to what patients are experiencing today. But over the past two decades, the number of disease-causing agents carried by ticks and the severity of illness that can result has led to calls for more aggressive tick bite prevention efforts and research of co-infections.

Lyme disease was first identified in 1975 in a group of children and adolescents living in Connecticut, who suffered from recurrent attacks of asymmetric swelling and pain in several large joints, particularly in the knee. The patients were initially diagnosed with juvenile rheumatoid arthritis.

“The typical patient has had 3 recurrences, but 16 patients have had none,” noted Dr. Alan Steere, a postdoctoral Fellow in Rheumatology at Yale University. [1] “During remission some patients remembered short periods of joint pain, sometimes lasting only hours, without swelling (and therefore, not included as attacks).”

Pain also occurred in the ankle, wrist, temporomandibular joint, shoulder, hip and elbow. Other symptoms included malaise, fatigue, headaches, myalgia, periorbital  edema, and swelling of the hands or feet. Out of the 12 subjects, 7 suffered from “profound fatigue and hyperesthesias, sometimes persisting for months after the arthritis had gone,” noted Steere. [1]

About 25 years ago, chronic manifestations of Lyme disease began to emerge. Twenty-seven patients with a history of Lyme disease presented with mild encephalopathy and axonal polyneuropathy “that began 1 month to 14 years after the onset of the disease and was characterized by memory loss, mood changes, or sleep disturbances,” according to an article published in the New England Journal of Medicine in 1990. [2] The authors pointed out, “Other associated symptoms included fatigue (74%), headache (48%), arthritis (37%), and hearing loss (15%).”

And so, while Lyme disease is still the predominant and best-known tick-borne illness, other infectious agents 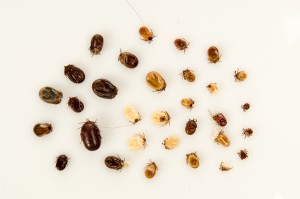 carried by ticks continue to be identified. In fact, researchers from three leading institutions, including Columbia University, Tufts Medical Center and Yale School of Medicine, recently examined the extent of co-infections in patients diagnosed with Lyme disease and found that:

Furthermore, their findings revealed that in Lyme endemic areas of the United States, “co-infection occurs in up to 28% of I. scapularis (blacklegged) ticks,” and in Europe, as many as 13% of I. ricinus ticks and 7% of I. persulcatus ticks collected in the Baltic region of Russia are co-infected. [3]

In 2016, Moutailler and colleagues published a paper entitled Co-infection of Ticks: The Rule Rather Than the Exception and reported that nearly 50% of 267 Ixodes ricinus female ticks collected in the French Ardennes in 2012 were co-infected.

“Among the infected ticks, 45% were co-infected, and carried up to 5 different pathogens,” Moutailler et al reported. And the most prevalent co-infections were Bartonella henselae (B. henselae) (17.6%) and Rickettsia of the spotted fever group (16.8%), which were mostly Rickettsia helvetica. Borrelia miyamotoi was identified in 3% of the ticks, while Babesia species (B. divergens) was uncommon (0.3%). [4]

The French authors acknowledged that the co-infections with B. henselae remain controversial. “The role of ticks as a vector of B. henselae is still heartily debated.” An article published in 2010 summarizes the arguments for and against the transmission of B. henselae by deer ticks. [5]

The French authors also reported the presence of symbionts in ticks. “In addition to human and animal pathogens, ticks also carry symbionts (any interacting species) that may not only play a role in tick biology, but might also interact with pathogens.”

Symbionts in ticks have been recognized as pathogens over time. “B. miyamotoi, despite its global distribution in Lyme disease vectors, remained as an incidental finding in field surveys and was thought to be an endosymbiont of Ixodes spp ticks,” according to Telford III from Tufts University in Massachusetts. [6] B. miyamotoi disease “is likely a common, underdiagnosed zoonosis wherever Lyme disease is reported.”

The authors reported four known or suspected symbionts which included Wolbachia, Spiroplasma, Acinetobacter, and Midichloria mitochondrii. “When adding symbiont prevalences, all ticks were infected by at least one microorganism, and up to eight microorganisms were identified in the same tick,” says Moutailler. [4]

Why is it important to identify co-infections?

Typically, clinicians do not test for co-infections when Lyme disease is suspected.

One study found that out of nearly 3 million specimens, only 17% were tested for non-Lyme tick-borne diseases. [7] But determining whether or not there are other vector-borne diseases present is essential in getting the patient completely well. Co-infections can enhance disease severity. Lyme disease patients with co-infections experience a greater number of symptoms and for a longer duration of time than those with Lyme disease alone. [8]

And as Moutaille and colleagues point out, the presence of co-infections can impact the type of treatment a patient receives, since antibiotic therapies prescribed for Lyme disease may not be effective against parasitic or viral diseases. [4] For example, doxycycline is not effective in treating Babesia, but a combination of azithromycin and atovaquone would be. [8]

2 Replies to "Tick-borne co-infections are the norm, not the exception"