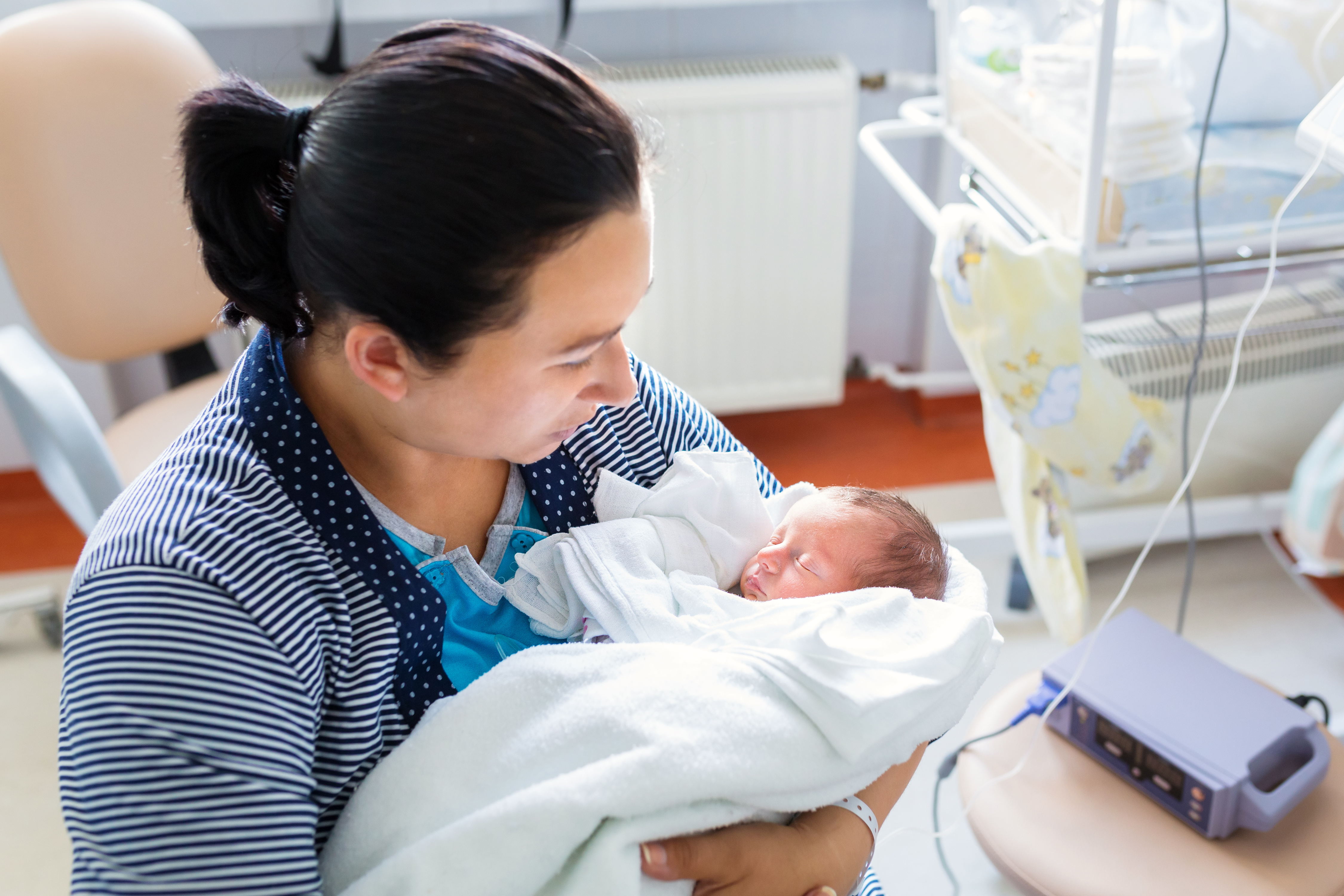 Congenital transmission has been described in 7 previous cases, in which the infants presented with fever, anemia, and thrombocytopenia, explains Saetre from Cohen Children’s Medical Center in New Hyde Park, New York. “They all required a blood transfusion.”

But these are the first cases, to the authors’ knowledge, in which the mother was diagnosed with Lyme disease prior to delivery and presumably had a subclinical infection with Babesia microti.

“We describe the cases of 2 infants with congenital babesiosis born to mothers with prepartum Lyme disease and subclinical Babesia microti infection,” writes Saetre. 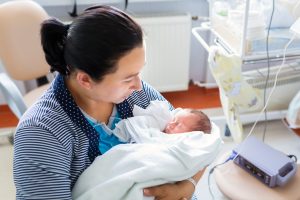 The first infant, a 4 1/2-week-old male, presented with a fever of 101.7, sleepiness and periodic irritability. His mother had been diagnosed with Lyme disease during her third trimester at 32 weeks’ gestation. She presented with an erythema migrans rash and was treated successfully with amoxicillin.

Testing of the infant included a blood smear which revealed 2% Parasitemia for Babesia spp. He was treated with atovaquone and azithromycin. The authors point out, “these agents were selected instead of clindamycin and quinine because of reports that they are tolerated better.” [1]

The infant did not require a blood transfusion and was found to be seronegative for antibodies to B. burgdorferi, the causative agent for Lyme disease. At his 2-month follow-up visit, he was “clinically well, and his splenomegaly had resolved.”

At 35 weeks’ gestation, the mother developed fevers and myalgias. An erythema migrans rash appeared at 37 weeks’ gestation, at which time she was treated with amoxicillin. The infant was born at 38 weeks and had no perinatal complications, according to the authors.

The 18-day-old female infant was initially asymptomatic despite a positive B. microti PCR assay, but “1 week later, she developed neutropenia and anemia,” according to Saetre.

She was hospitalized and treated with azithromycin and atovaquone. “Because of symptomatic anemia, including malaise, tachycardia, and pallor, a blood transfusion was given to her on day 2 [of her hospitalization].”

On day 4 due to a persistently elevated parasite level and falling hematocrit, she was prescribed clindamycin. And was treated with all 3 antimicrobials for 14 days. The infant also required a transfusion, while the first did not. Both developed low level Parasitemia, while 1 had symptomatic anemia.

Both infants were treated longer than the recommended 7 to 10 days by the Infectious Diseases Society of America (IDSA)[2] “because of concerns about possible impaired parasite clearance in neonates,” writes Saetre.

The clinical presentation of the 2 cases of congenital babesiosis described by Saetre was similar to the 7 cases described in the literature. “Each infant developed symptoms between 19 and 41 days of age and, at the time of presentation to medical attention, had fever, pallor, hemolytic anemia, and thrombocytopenia,” explains Saetre. “Neutropenia was present also in the majority of cases, including both cases presented here.”

The authors highlight the growing risk of Babesia, pointing out that “depending on the region in which it was contracted, 2% to 40% of patients with early Lyme disease are coinfected with babesiosis.”

According to the authors, “A 2010 study that evaluated ticks from 2 locations within Westchester County, New York, where our hospital is located, found that at these locations, 3.6% and 22.4% of ticks were coinfected with B. burgdorferi and B. microti.”

The two congenital cases of Babesia described by Saetre and colleagues raises questions for doctors and their pregnant patients.