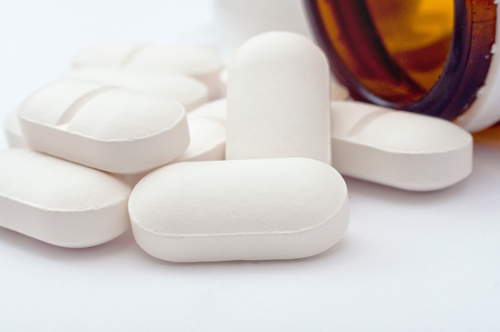 Lyme disease patients presenting with an erythema migrans rash have been found to have elevated levels of pro-inflammatory cytokines. According to Aucott and colleagues, from Johns Hopkins University School of Medicine, these levels can remain high in patients even after three weeks of antibiotics. [1]

Now, a new study explores the effects of low-dose naltrexone (LDN) on cytokines in patients with fibromyalgia. The 10-week, single-blind pilot trial conducted by Parkitny and colleagues, from the University of Alabama, examined whether LDN was associated with reduced markers of inflammation in a small group of women with fibromyalgia. [2]

The authors found that after eight weeks of administering LDN, plasma levels of a range of broadly pro-inflammatory cytokines were decreased in patients with fibromyalgia syndrome (FMS). LDN is currently being used off-label for patients who fail to respond to medications approved for the illness. “One medication that has been used off-label for the treatment of [fibromyalgia] is naltrexone hydrochloride,” explains Parkitny. “When used in low doses, this medication is often called low-dose naltrexone (LDN).” [2] 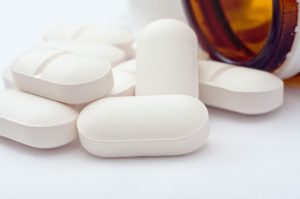 Study participants self-administered a 4.5 mg dose of LDN at least one hour before bedtime. If individuals experienced unpleasant adverse effects, the dose was lowered to 3.0 mg. None of the subjects dropped out of the study due to side effects. But, “one individual reported an acute exacerbation of pre-existing anxiety and one individual reported an exacerbation of pre-existing, non-specific gastrointestinal issues,” according to the authors. “Both of these side effects were judged as unlikely to be associated with the administration of LDN.” [2]

Individuals reported less pain and fewer symptoms following LDN with a “significant reduction of FMS-associated pain (15%) and a reduction in overall symptoms (18%).”

The authors conclude that LDN might help chronic pain conditions, including fibromyalgia, “by acting as an atypical anti-inflammatory medication.” [2]