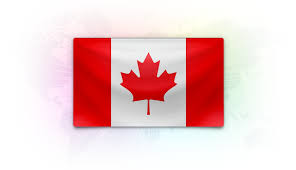 In an article entitled "Bill C-442: Shining the limelight on the Lyme-like?" published last week in the Journal of Infectious Diseases & Medical Microbiology, two Canadian physicians express both their support and reservations regarding the bill that has already passed the House of Commons. An Act Respecting a Federal Framework on Lyme Disease, introduced by Member of Parliament Elizabeth May, now awaits a second reading in the Senate. In the interim, Dr. Kevin Laupland and Dr. Louis Valiquette have shared some concerns, which are worthy of addressing. "While we will hope for improvements in the diagnosis of Lyme disease, we are skeptical that major advances will arise as a result of Bill C-442. Accordingly, we believe that a sizable cohort of patients with chronic Lyme-like disease will remain," writes the authors.

While the journal authors acknowledge that field studies indicate confirmed endemic areas or potential, future risk areas for ticks has grown from 1 region in 1997 to 13 regions in 2006, the authors minimize the growing concern of tick-borne illness in Canada. They point to the minor number of reported cases. In 2013, 500 cases were reported in Canada.  However, the number of reported Lyme disease cases has tripled over the past 4 years, from 128 in 2009 to potentially more than 500 in 2013.

The overall number of 500 may not seem substantial in and of itself, but it’s important to note that the surveillance timeframe was limited with only 4 years of monitoring.  Additionally, what should be concerning to medical and health officials is the rate of growth over that period. According to another Canadian study, birds carry an estimated 50 million to 175 million I. scapularis ticks from the U.S. to Canada every Spring.2

The authors state, “While in general we welcome any enhanced support for infectious diseases surveillance, management and research, we do question prioritization of limited resources in preference to other infections that have an objectively far greater burden of disease in Canada.” Failing to prioritize resources to address Lyme disease in Canada because of the limited 500 reported cases last year, may be a grave mistake.

I hope that Canada can learn from what we have experienced in the United States with underreporting problems. Recently, the Centers for Disease Control and Prevention (CDC) reported that 270,000 of the 300,000 cases in the U.S. were not included in their surveillance numbers. That’s 270,000 patients who were unaccounted for in the United States in one year.  Moreover, the CDC’s surveillance case definition does not include well-described clinical presentations associated with a Borrelia burgdorferi (Bb) infection including encephalopathy,3,4 neuropsychiatric manifestations,5 and chronic manifestations.6-8     Nor does it account for any other emerging tick-borne diseases in Canada, including Babesiosis and Borrelia miyamotoi.

“Anecdotally, we are aware of a sizable cohort of patients in Canada who have nonspecific chronic ‘Lyme-like’ syndrome who are not deemed to have Lyme disease based on clinical assessment and negativity on approved diagnostic tests,” says the authors. “While the possibility exists that some small proportion of these patients could truly have Lyme disease (and benefit from therapy), most will not.”

The authors point out their concern over the risks of long-term antibiotic treatment without considering evidence-based guidelines recently published by the International Lyme and Associated Diseases Society (ILADS).11  ILADS adopted the Grading of Recommendations Assessment, Development and Evaluation (GRADE) and demonstrates that the benefits of antibiotics can outweigh the risks of emerging illness when considering the risk of chronic illness.12  A full discussion of the risks and benefits is available at the Expert Review of Anti-Infective Therapy.

Bill C-442 calls for “a conference with the provincial and territorial ministers and stakeholders, including representatives of the medical community and patients’ groups, for the purpose of developing a comprehensive federal framework that includes”

The authors express support for the Bill but “doubt that implementation of Bill C-442 will lead to treatment of a significant cohort of ‘abandoned patients with continuing infection’.”1

On the other hand, I believe Bill C-442 will allow us to identify this ‘abandoned’ group of patients with Lyme disease. We need a dialogue that includes the diverse medical community and patients’ groups.