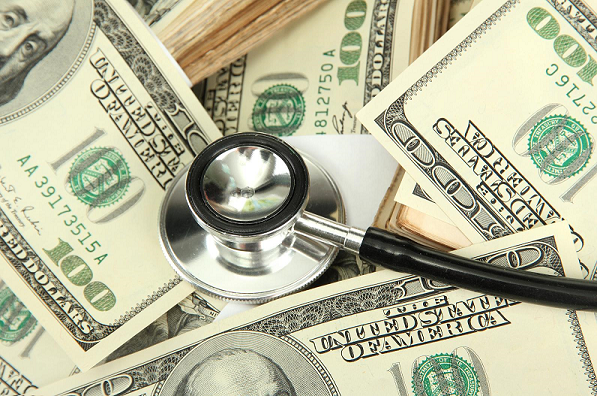 Our healthcare system is spending between $712 million and $1.3 billion each year to treat Lyme disease and any lingering illnesses associated with it, say researchers from the Johns Hopkins Bloomberg School of Public Health. The study, “Healthcare Costs, Utilization and Patterns of Care following Lyme disease,” also suggests Lyme disease is more debilitating and widespread than previously thought.

An estimated 240,000 to 440,000 people are diagnosed with Lyme disease each year, with the an average of $3,000 spent annually per patient on treatment, according to the study, published online in PLOS ONE. 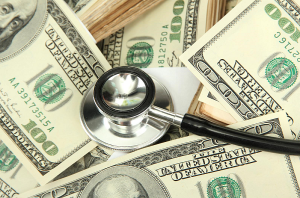 Treating Lyme disease and its lingering symptoms can cost healthcare system up to $1.3 billion annually.

“Our study looks at the actual costs of treating patients in the year following their Lyme diagnosis,” says study author Emily Adrion, MS. This involves repeated medical visits and diagnostic tests for symptoms that have not resolved after the initial course of antibiotic treatment.

“It is clear that we need effective, cost-effective and compassionate management of these patients to improve their outcomes even if we don’t know what to call the disease.”

When diagnosed early on, Lyme disease, which is transmitted by the bite of a tick infected with the Borrelia burgdorferi bacteria, can usually be treated with a short course of antibiotics. In other cases, the disease can leave lingering symptoms, including fatigue, muscle and joint pain, and/or cognitive impairments.

The severity and cause behind those lingering symptoms is at the root of a never-ending debate within the medical community. While some physicians refer to persistent symptoms as post-treatment Lyme disease syndrome (PTLDS), which requires no further antibiotic treatment, others have termed it chronic Lyme disease and believe antibiotic treatment beyond the 30-day regime may be required.

“Regardless of what you call it,” says Adrion, “our data show that many people who have been diagnosed with Lyme disease are, in fact, going back to the doctor complaining of persistent symptoms, getting multiple tests and being retreated.”

The severity of chronic symptoms post-Lyme disease treatment and the size of the patient population effected may be vastly underestimated. When compared to CDC estimates,  the Johns Hopkins researchers found a significantly higher percentage of patients suffering from persistent symptoms following a standard course of antibiotic treatment for Lyme disease.

In fact, the study found 63% of those treated reported at least one PTLDS-related diagnosis, a rate 36 percentage points higher than those who did not have Lyme disease. Whereas, the CDC reports 10% to 20% of patients experience lingering symptoms after completing 2- to 4-week antibiotic regimes for Lyme disease.

I discussed the economic burden of Lyme disease on our society in a 2010 paper entitled, Proof that Chronic Lyme Disease Exists. A study in 2002, found the mean cost of the disease was estimated to be $16,199 annually per patient in the U.S.

The annual per-patient cost for chronic Lyme disease is substantially higher than the cost for other common chronic illnesses, such as: $10,911 for fibromyalgia, $10,716 for rheumatoid arthritis, and $13,094 for lupus.

Eighty-eight percent of the cost ($14,327) of Lyme disease consisted of indirect medical cost, nonmedical cost, and productivity losses. Cutting medical cost would save, at most, only 12% or $1,872 per annum.

In 2002, based on the 23,000 cases reported to the Centers for Disease Control and Prevention (CDC) that year, the annual economic cost of Lyme disease in the U.S. was estimated to be $203 million. Considering that the actual number of Lyme disease cases is believed to be 10 times higher than the number of cases reported to the CDC, the actual annual cost could be $2 billion.

“These patients are lost,” says lead author John Aucott, MD, and assistant professor of rheumatology at the Johns Hopkins University School of Medicine. “No one really knows what to do with them. It’s a challenge but the first thing we need to do is recognize this is a problem.”