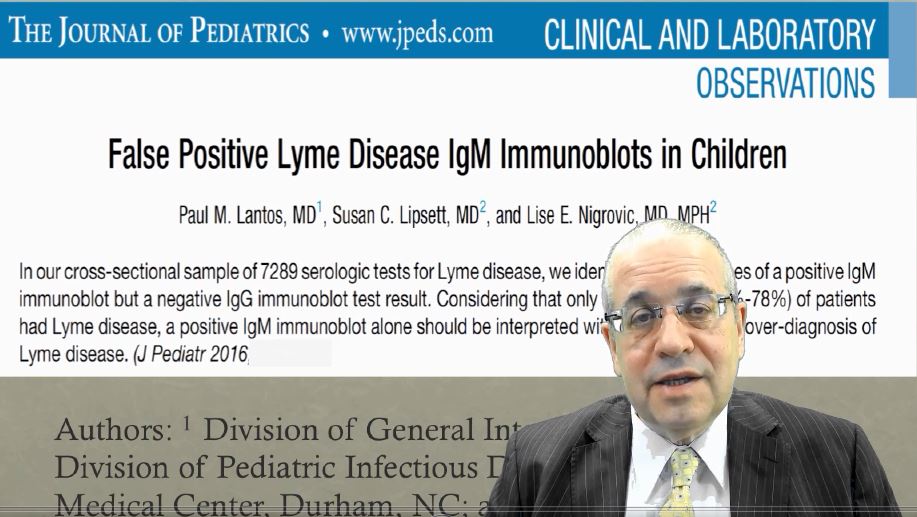 Approximately 25% of all patients with Lyme disease (LD) in the U.S. are children, with the highest number of cases occurring among boys ages 5 to 9, according to the Centers for Disease Control and Prevention (CDC). Diagnosing children and adolescents with tick-borne illnesses can be particularly challenging for various reasons, one of which includes the nonspecific presentation of LD within this age group.

Lantos and colleagues from Duke University Medical Center recently questioned the accuracy of the IgM immunoblot for Lyme disease (LD) in children and adolescents by reviewing a series of patients admitted to Boston Children’s Hospital during a 7-year period. The study, False Positive Lyme Disease IgM Immunoblots in Children, by Lantos and colleagues, published in The Journal of Pediatrics, concluded that IgM immunoblots are “valuable in the diagnosis of early LD in children.”

Lantos et al. confirmed the accuracy of IgM immunoblots (also referred to as Western blot) diagnosis of early LD in children admitted to Boston Children’s Hospital. Seventy-one percent (119) of the 167 children admitted to Boston Children’s Hospital between January 1, 2007 and June 30, 2014 had LD. Of these 119 children, “35% (58) had an EM rash and 43% (71) had signs compatible with early-disseminated Lyme disease,” according to Lantos. “Of the 71 children with signs compatible with early-disseminated LD, 38 had radiculoneuropathy, 28 had meningitis, and 5 had carditis.” [1] 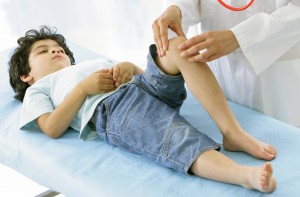 Lantos and colleagues questioned the accuracy of the IgM immunoblot for the remaining 48 children admitted to Boston Children’s Hospital° because they did not meet established criteria for the disease. “The 10 children who had signs lasting more than 60 days did not have Lyme disease. The 14 children with arthritis and the 24 with nonspecific signs of 60 days duration did not have Lyme disease,” noted Lantos. He concluded, “a positive IgM and a negative IgG in a child with a long duration of symptoms, late manifestations or nonspecific clinical presentation is likely a false positive result for Lyme disease.”

Lantos and colleagues appear to have overlooked the possibility that children with nonspecific signs of LD lasting 60 days, or who suffer from arthritis and have nonspecific signs lasting longer than 60 days may, in fact, have LD.

Steere and colleagues described an epidemic in three Connecticut communities of oligoarticular arthritis in children and adults leading to arthritis and/or nonspecific signs of more than 60 days. “Attacks were usually short (median: 1 week) with much longer intervening periods of complete remission (median: 2.5 months), but some attacks lasted for months. To date, the typical patient has had three recurrences, but 16 [of 51] patients had none,” described Steere, adding, “Over half had concomitant fever (100 – 103°F), malaise and fatigue, headache, and myalgia.” [2]

There have been only a handful of studies on children and adolescents with tick-borne diseases, despite the prevalence among this age group and the potential for long-term health consequences.

Bloom and colleagues from Tufts University School of Medicine found, “Five children [of 86] developed behavioral changes, forgetfulness, declining school performance, headache or fatigue and in two cases, a partial complex seizure disorder.” [4]  Vázquez and colleagues from the Yale Center for Clinical Investigation and the Department of Pediatrics reported, children ages 2 to 18 with prior cranial nerve palsy have significantly more behavioral changes (16% vs. 2%), arthralgias and myalgias (21% vs. 5%), and memory problems (8% vs. 1%) an average of 4 years after treatment for LD. [5]

I review the study by Lantos and colleagues in an All Things Lyme video blog below.

1 Reply to "Video Blog: MOST CHILDREN WITH POSITIVE IGM IMMUNOBLOT FOR LYME DISEASE ARE TRULY POSITIVE"