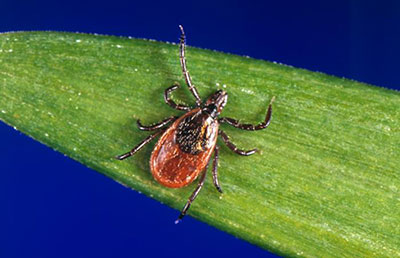 Doctors created the International Lyme and Associated Diseases Society (ILADS) in recognition of the need for a medical organization to address the growing number of tick-borne illnesses.

Professor Durland Fish, an epidemiologist at Yale School of Public Health, reminds readers in an article published in Business Insider of the importance in recognizing the following six tick-borne diseases: [1]


Fish discusses the Powassan virus in detail in the article, pointing out that the number of cases remains uncertain. “Doctors have now detected Powassan in New England, New York, Wisconsin, and Minnesota ─ though only about 75 cases have been reported over the last 10 years.” [1] Cases may be underreported “since doctors in many areas don’t have the ability to detect Powassan or may not know to look for it.” 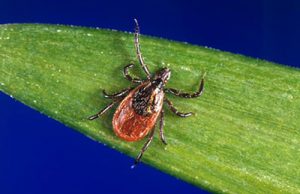 The deer tick has been found to carry the bacteria causing Powassan virus.

The virus may have been with us all along. “Until recently, Powassan hadn’t been tested for in many places,” says Tokarz, an associate research scientist at Columbia University’s Mailman School of Public Health. “So the uptick may just be due to the fact that we’ve started looking for it.” [2]

As concern grows over the rising number of tick-transmitted diseases, researchers have developed more effective tests to determine which infections ticks may be carrying. For example, Bartonella henselae, which has been identified in ticks in both Europe [3,4] and the United States, was found in black-legged ticks in New Jersey, New York and Pennsylvania. [5] Meanwhile, a recent study found 4.7% of deer ticks in northwestern Wisconsin carried the Powassan virus. [6]

Researchers found 50% of the 8 ticks that were positive for the Powassan virus were co-infected with Borrelia burgdorferi, the bacterium causing Lyme disease. According to Knox and colleagues, this demonstrates the “potential for concurrent transmission of [Lyme disease] and Powassan virus (POWV) to humans.” [6]

It’s imperative that the medical community begin to address the “one bite, six diseases” tick problem.