What is it about the Nanotrap® test we know for Lyme disease that led to support by the Bill and Melinda Gates Foundation? 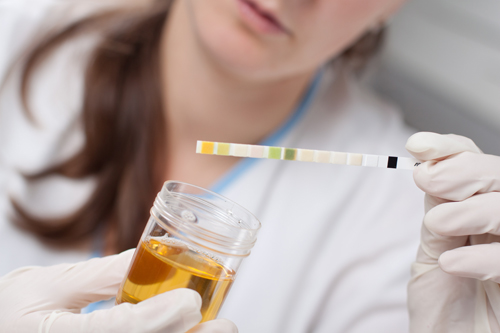 Developing a test which can accurately diagnose both early and late-stage Lyme disease has been an ongoing challenge for scientists. Multiple tests are on the market. But a relatively new test, the Nanotrap®, has caught the eye of and garnered financial support from billionaire Bill Gates and his foundation.

Ceres Nanosciences is marketing the Nanotrap® as “a game changing tool for Lyme disease diagnosis.” The first-of-its-kind urine-based Lyme Antigen test “will provide the most sensitive detection of Lyme disease, at all stages of the disease. Unlike other clinical Lyme disease tests that are indirect, the Nanotrap® LA test is a non-invasive test that provides highly sensitive and specific direct detection of the Lyme antigen, Borrelia burgdorferi (Bb), in a patient’s urine sample.” [1]

Researchers from George Mason University in Virginia invented the Nanotrap technology with development supported by funds from the National Institutes of Health (NIH) funds for biomarker discovery applications, the Defense Advanced Research Projects Agency (DARPA), the Commonwealth of Virginia, and the Bill and Melinda Gates Foundation. [2]

The Nanotrap® urine-based test for Lyme disease is backed by the Bill and Melinda Gates Foundation.

The nanoparticle test binds Outer surface Protein A (OspA) antigen in the urine. OspA is the most common protein expressed on the surface of a spirochete in a tick before feeding. According to a study published in the Journal of Transitional Medicine, OspA was shed in the urine of 151 patients suspected of early stage or recurrent Lyme disease, and in none of the 117 healthy controls from a Lyme-endemic area.

The Nanotrap® urine test for Lyme disease was able to reliably detect OspA in the urine in 24 of 24 patients with an erythema migrans (EM) rash before treatment.  None of 117 untreated control patients shed OspA in the urine. The study was not designed to address the reliability of the Nanotrap® urine test for Lyme disease patients who did not have an EM rash. Rashes can be absent or atypical. [3]

The test was also able to identify who had a persistent EM rash from those who had a therapeutic response. The Nanotrap® detected Lyme disease in 10 of 10 patients with persistent EM rashes. Additionally, all of the subjects (8 of 8) “for whom the therapeutic response was judged complete (absence of an EM rash and absence of symptoms) were negative for urinary OspA.” [3]

Based on these 8 subjects, Magni and colleagues suggest the Nanotrap® urine test for Lyme disease might assist physicians in determining treatment response, as well. “The strong correlation of urinary OspA with treatment response may offer a new class of information to assist the treating physician to determine whether a first round of therapy is successful in primary cutaneous early stage LB [Lyme borreliosis].”

Furthermore, the authors believe the test could offer antigenic evidence of persistent infection. Nanotrap® detected Lyme disease in 41% of patients suspected of having chronic Lyme disease. [2] The authors were not able to determine the reliability of their test, as their patients were seronegative by the CDC’s two-tier criteria.

Magni and colleagues are to be commended for working on a test to assess clinical response. Investigators plan to further validate the Nanotrap® test and its use in gauging therapeutic response.

“We are attempting to validate the correlation of urinary OspA antigen with therapeutic response in an ongoing clinical study which extends the current findings,” states Magni.

The following clarification has been provided by Ceres.  “Ceres Nanosciences received funding from the Bill and Melinda Gates Foundation to apply the underlying Nanotrap® technology platform to areas of infectious disease testing for global health needs. This funding was used to successfully adapt the Nanotrap® technology to detect malaria in saliva, Ebola in saliva, and tuberculosis in urine. The researchers showed that they could convert existing blood based tests to work with saliva and/or make existing tests 10-100 times more sensitive by using our Nanotrap® technology to enrich samples prior to testing. Thus, providing earlier and more reliable detection of these diseases.”

Concurrently, Ceres Nanosciences has been adapting the same Nanotrap® technology to detect Lyme disease in urine. The testing for Lyme follows a similar approach to the global health tests, and leverages the same underlying particle technology and concepts.

However, that program is not directly receiving funding support from the Gates foundation.

Doctors and their Lyme disease patients appreciate the support provided by the Bill and Melinda Gates Foundation towards the Nanotrap® technology.

A new website just for the Lyme test, where information can be obtained at  www.lymedx.com. Their home site has broader information about the technology and other applications beyond Lyme.

28 Replies to "What is it about the Nanotrap® test we know for Lyme disease that led to support by the Bill and Melinda Gates Foundation?"