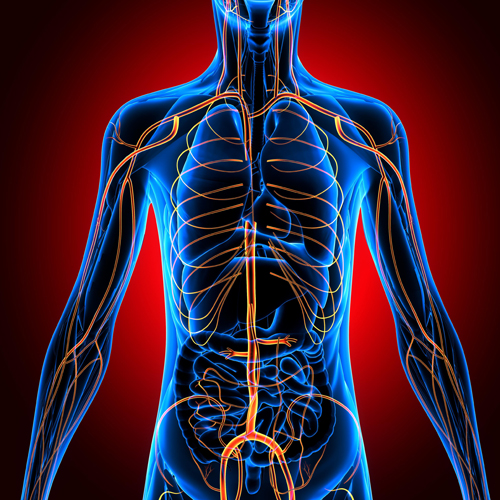 In his review of autonomic dysfunction due to infectious diseases, Artal from the Neurology Department at Raigmore Hospital in the UK, writes, “Complex regional pain syndromes [CRPS] and reflex sympathetic dystrophy with regional sympathetic hyperactivity have also been reported in some patients with Lyme disease.” [1] CRPS is characterized by considerable pain (allodynia, hyperalgesia), edema, trophic changes of the skin and muscles and sudomotor disorders.

The article, published in Clinical Autonomic Research, cites several cases [2-5] including one in which a 46-year-old patient reports increasing pain and swelling in his left foot. The pain was so significant that his leg became dysfunctional, according to the authors. “Even the slightest contact with the skin of the affected area caused the patient unbearable pain.” [2]

A patient in one of the papers cited was diagnosed with CRPS of unknown etiology until several months later when he recalled having a tick bite on his left foot. He reported having a 5 cm erythema migrans (EM) rash, which disappeared over the next two weeks. He also had stiff muscles, a swollen knee, fatigue, depression, headaches and bouts of dizziness. “On examination the patient presented with thickened upper part of his left foot which was diffusely painful to palpation. His left ankle was slightly swollen.” [2]

“The borreliosis-associated etiology of CRPS in our patient was confirmed by the positive history of untreated erythema migrans (EM), oligoarthritis, positive serological tests for B. burgdorferi with seroconversion, detection of the B. burgdorferi genome in urine by PCR, as well as by the response to antibiotic therapy.”

The patient was prescribed a 4-week course of ceftriaxone. After 2 weeks of treatment, he was able to stand on his foot without support. By the end of treatment he could walk independently, the skin of the affected foot had resumed its normal appearance and myalgia had vanished completely. The man was no longer depressed and his headaches had disappeared. According to subjective evaluation, the pain was reduced by 75% and therefore, treatment was continued with doxycycline for a another 3 weeks, explains Sibanc. [2]

Artal points out that the pathogenesis of pain is unclear. However, “it is thought that complex regional pain could be either immune-mediated or due to the persistence of spirochete infection in the tissues.” [1]

12 Replies to "Could autonomic dysfunction lead to pain in Lyme disease?"