B. burgdorferi persister cells survive attacks by antibiotics and may contribute to chronic illness in Lyme disease patients 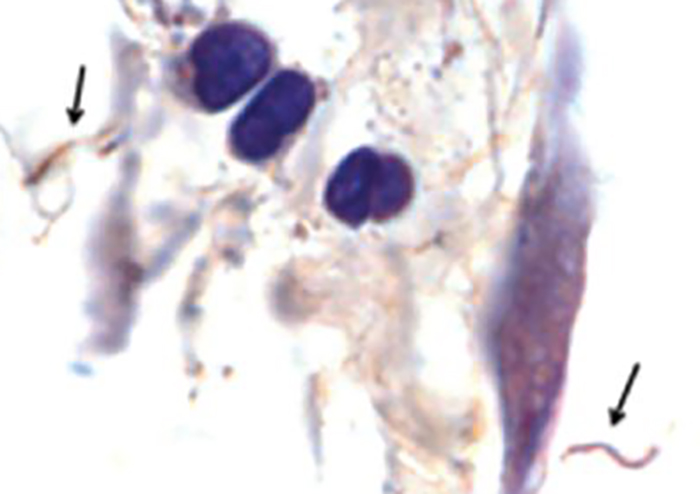 The consensus among the mainstream medical community has been that a short course of antibiotics will eliminate the objective signs of Lyme borreliosis, and the assumption is made, in turn, that patients are cured of the infection. But, studies indicate otherwise. Dr. Emir Hodzic, of Real-Time PCR Research and Diagnostic Core Facility, School of Veterinary Medicine, University of California, Davis, explores the role 'persisters' play in causing chronic Lyme symptoms.

Persistent infection of Borrelia burgdorferi (Bb) has been proven experimentally in Peromyscus mice, laboratory mice, rats, hamsters, gerbils, guinea pigs, dogs and non-human primates. [1-8] Some researchers and clinicians argue, the existence of a persistent Bb infection explains why some Lyme disease patients remain sick even after treatment. According to one study, as many as one-third of patients treated for Lyme disease remain chronically ill. [9]

“The main culprit responsible for the tolerance of pathogens to antibiotics is a specialized survivor – a persister,” states Hodzic. [10] Since persisters are non-growing dormant cells, antimicrobials cannot kill them and they cannot be cultured. For antibiotics to work effectively, there must be active target cells to attack.

During the course of infection, Borrelia burgdorferi proliferates, generating ‘attenuated’, or weakened, spirochetes that have lost one or more small plasmids (small DNA molecule within a cell). The attenuated spirochetes remain viable but because of their plasmid loss, they divide slowly. This makes them tolerant of antimicrobials and non-cultivable. 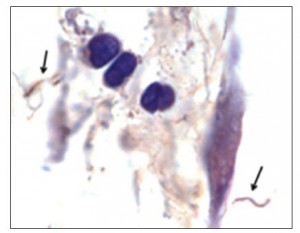 Spirochetes visualized within the tissue of a mouse 12 months after antibiotic treatment.

“There is clear scientific evidence that a small, heterogeneous subpopulation of surviving spirochetes shows tolerance to antimicrobial agents and can persist in a host for a prolonged period following therapy,” states Hodzic. [10]

Additionally, persisters do not appear immediately. They emerge months after treatment. Hodzic found that non-cultivable spirochetes reappeared in the tissues of mice 12 months after antibiotic treatment.

“B. burgdorferi is highly prone to plasmid loss [11-13] and therefore, plasmid loss is likely to occur during the course of infection and increase over time. This may explain why treatment success in humans [14,15] and laboratory mice [16,17] appears to be most effective during early infection.” [10]

Persisters also appear in farm and pet animals, insects, rodents and wild animals, including migratory birds. Selection for antimicrobial resistance/tolerance “can occur anywhere antimicrobial agents are present, the environments most notably sewage and surface,” according to Hodzic. [10]

Transmission of antimicrobial resistant/tolerant pathogens of animal origin to humans has been documented for methicillin-resistant S. aureus, E. coli, Salmonella spp., and Campylobacter spp. Patients might run into a persister before being treated.

The presence of persisters may explain why it is sometimes difficult to find an effective antibiotic to treat Lyme disease patients. Hodzic explains that the antibiotic tolerance in persisters is “likely explained by antimicrobial tolerance (in contrast to antibiotic resistance or inadequate antibiotic treatment), in which all classes of antibiotics fail to completely eliminate non-dividing or slowly dividing subpopulations of a broad array of bacteria and fungi.” [10]

No Replies to "B. burgdorferi persister cells survive attacks by antibiotics and may contribute to chronic illness in Lyme disease patients"