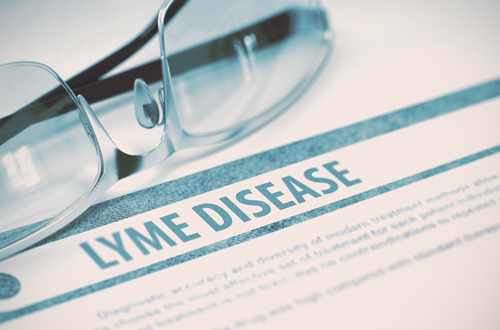 In a 2017 issue of the American Journal of Medicine [1], Dr. Rosalie Greenberg from Overlook Hospital in Summit, New Jersey, responds to an article published by Drs. Shapiro, Baker and Wormser entitled “False and Misleading Information about Lyme Disease.” [2]

Greenberg’s Letter to the Editor states, “The recently published article by Shapiro et al hoped to be topical in this age of ‘alternative facts’ but fell short, providing mainly biased viewpoints that prevent independent assessment of existing research in chronic Lyme disease. Presenting this conclusion as unquestionable is misleading.” [1]

Shapiro and colleagues began their article writing, “Recently, there has been considerable interest in the topic of fake news. For infectious diseases physicians, false and misleading information about the diagnosis and treatment of Lyme disease is not new. It is increasing in frequency and prominence, creating much confusion among primary care physicians and their patients.” [2]

The authors dismiss the need for retreatment with antibiotics, stating, “results of multiple clinical trials show that patients with well-documented Lyme disease who have residual nonspecific symptoms after treatment do not benefit from additional treatment, even with extended courses of IV antibiotics.” [2]

Greenberg’s letter expressed concern over the quality of data from the clinical trials cited by Shapiro and colleagues. Her concerns included the following:

• “Critical statistical reviews of American antibiotic retreatment studies by more than one research group concluded that these trials were underpowered, did not prove that retreatment was ineffective, and found support for a possible role of antibiotics in retreatment of chronic Lyme disease.”

In turn, Shapiro responded to Greenberg’s letter, simply stating, “Most ─ if not all ─ of the issues raised by Greenberg in regards to our recent article have been addressed in detail in a previous publication in this journal.” [2]