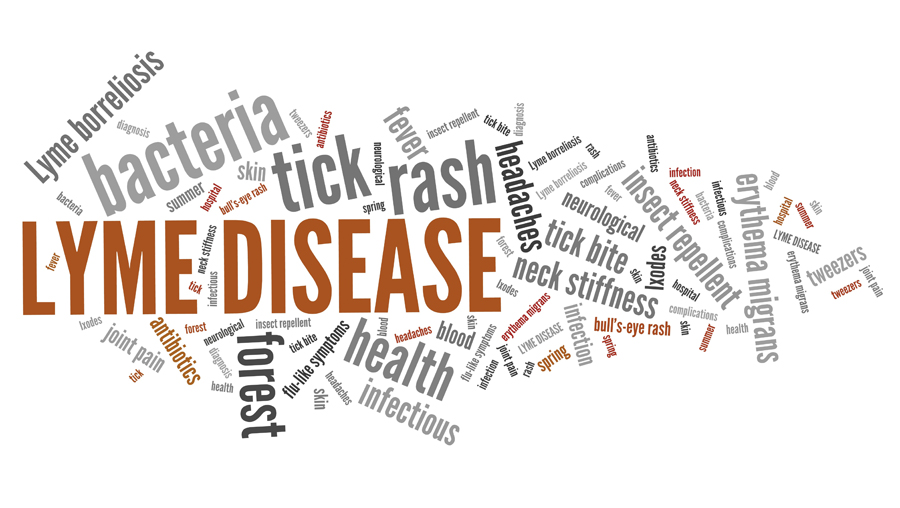 Much attention has been given to the Southern Tick-Associated Rash Illness (STARI), transmitted by the Lone Star tick (Amblyomma americanum) in the South. [1] However, a new study reminds us that the causative agent of Lyme disease, Borrelia burgdorferi sensu stricto has been in the South since at least 1991. [2]

Questing black-legged ticks (I. scapularis) associated with Lyme disease (LD) were collected at several locations on the Outer Banks of North Carolina between 1991 and 2009.  The authors found that in October 1991, Borrelia burgdorferi-infected I. scapularis ticks were detected at 50% of the sites (four of the eight). “The spirochetes were consistently detected in questing adult ticks at the site in collections made during an 18-year period,” explains Levine, from the College of Veterinary Medicine, North Carolina State University. [2]

In their article entitled “Stable Transmission of Borrelia burgdorferi Sensu Stricto on the Outer Banks of North Carolina,” investigators described both northern/Midwestern and southern I. scapularis haplotypes. (A haplotype is a group of genes within an organism that was inherited together from a single parent.) One group of haplotypes has been associated with antibiotic-refractory Lyme arthritis. [3]

Levine and colleagues also identified three strains, B31, JD1 and M11p, using advanced sequencing technology. The Borrelia burgdorferi sensu stricto has been shown to predict the capacity for hematogenous dissemination during early LD. [4] 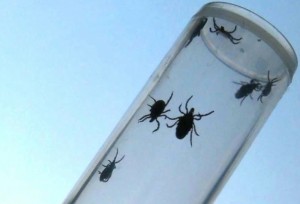 The investigators warn readers of the importance of knowing there are Borrelia burgdorferi-infected I. scapularis ticks in the south.  The authors point out that “a path through the sanctuary is a routine route for recreational walking, jogging and bird viewing; both are activities that pose a potential risk of seasonal human exposure to B. burgdorferi-infected questing ticks.” [2]

Other studies have reported B. burgdorferi sensu stricto in the Southeastern USA, as well, with more than 12 genospecies identified, explains Levine. In his review of three papers, [5-7] he points out “Oliver et al. [8] have also documented the role that other species of ticks and hosts may play in the maintenance of B. burgdorferi transmission, as well as other genospecies of Borrelia in the Southeast.”

As Rudenko and colleagues point out, the Carolina Wren bird has the potential to move these ticks throughout the south. Rudenko identified “genetically diverse strains of Borrelia in individual I. minor [a tick species] that fed on a single Carolina Wren (Thryothorus ludovicianus).”[9]

Levine and colleagues are to be congratulated on a well-designed study indicating that Borrelia burgdorferi sensu stricto is endemic in questing I. scapularis and mammalian tick hosts in the southeastern USA.