How to kill a tick on your clothes 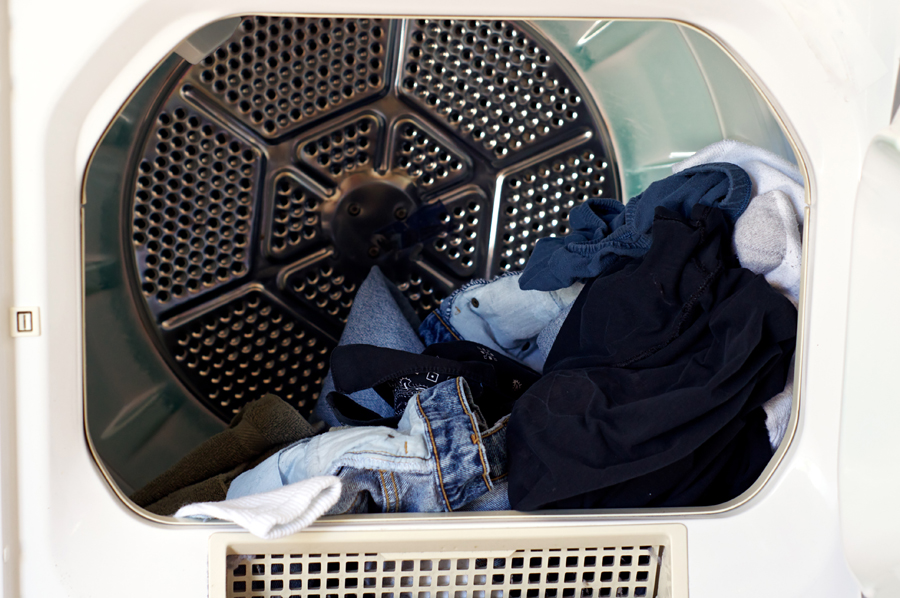 In 2013, a 16-year-old high school student from Braintree, Massachusetts wondered how long it would take to actually kill a tick in a dryer. The Centers for Disease Control and Prevention (CDC) had long insisted that it took at least one hour on high heat in a dryer to successfully kill ticks. But their recommendation was only based on one published study.

The aspiring young scientist, Jackie Flynn, reported that her informal study found ticks were killed after 5 minutes in the dryer, not one hour. The time difference was significant and caught the attention of researchers at the CDC, who decided to investigate further.

Now, three years later, a new study published in Ticks and Tick-borne Diseases has, in fact, found that it only takes 6 minutes to kill a tick in the dryer. [1]

The study’s lead author, Christina Nelson from the CDC, found the quickest method was to throw clothes directly into the dryer before washing them. Standard-sized, residential washers and dryers were used in the study.

“Placing clothing directly in a dryer and drying for a minimum of 6 minutes on high heat will effectively kill ticks on clothing,” reported Nelson. “If clothing is soiled and requires washing first, our results indicate clothing should be washed with water temperature [equal to or greater than] 54°C (≥130°F) to kill ticks.”

It was more difficult to kill nymphal and adult ticks at lower temperatures. Nelson reported that half (50%) of the ticks survived hot water washes when the water temperature was less than 54°C (130°F).

Nelson pointed out the majority of nymphal ticks did not survive beyond 30 minutes of drying time. Only one tick was found to survive at 40 minutes but subsequently died before the bag was rechecked at 50 minutes.

Nelson did not identify additional factors that may have contributed to killing the ticks including the effects of detergents or dryer sheets. Furthermore, killing other types of ticks might be more difficult, Nelson warned. “For example, Amblyomma americanum ticks (also known as lone star ticks) are more resistant to low humidity and would potentially survive longer in dryers.” [1] 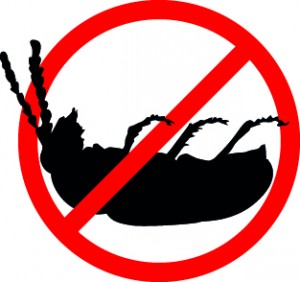 How did the authors know the ticks were truly dead?

“Following each wash and dry cycle, tick survival was assessed by observing the ticks for normal behavior and movement,” stated Nelson. “If ticks appeared to be moribund and movement was not readily apparent, ticks were lightly probed with forceps, exposed to carbon dioxide through exhalation, and observed for several additional minutes.”

“To verify that motionless ticks were in fact dead and not simply stunned, ticks were then placed in petri dishes with a piece of wet paper towel and reassessed 20 to 24 hours later,” reported Nelson. [1]

So, how concerned should you be about ticks actually being on your clothes and potentially biting you and causing Lyme disease or other tick-borne infections? What are the odds that a tick has attached itself to your socks, pant legs or shirt while you were enjoying the great outdoors? Nelson and colleagues cited two studies which answer those questions. [1] And the odds are in favor of the tick.

“In one Maryland study, an investigator simulated outdoor activities such as gardening or clearing brush by crawling through leaf litter for 30-second time periods. I. scapularis nymphs were acquired in 58% of crawls, and the majority of ticks were found on pant legs and socks.” [2]

“In another study, investigators who walked a series of 100 meter transects through a wooded area in New Jersey found an average of nine I. scapularis adults on their clothing afterward.” [3]

Our takeaway from this long-overdue study by the CDC is to dry first, high heat, wash later.  And skip the cold water washes. They may preserve your clothes but not necessarily your health.

In the absence of a clothes dryer, what are your thoughts about using a hot dry iron to kill ticks that might be in clothing, ironing the clothing, slowly, both inside and out. Thank you.

I found a tick on my coat in December while in the woods. It was cold and there was a light snow. Talbot County, Maryland

I am wondering about the effects of bleach on ticks – can they really be killed by bleach?

I have not read anything on the subject.

Or put the clothes in a bag and leave in the freezer for 3 days. Everything will be dead assuming your freezer is near zero.

I am not so sure. 84% of ticks can make it through a typical Syracuse winter. Or check this out in Maryland. “Ticks were active many days during January and February, the coldest months, with some captures made when there was 70% snow cover and temperatures as low as -2 degrees C. Substantial numbers (70-90 ticks/h of flagging) of adult I. scapularis were captured on favorable days in January and February” You can read th the abstract at https://www.ncbi.nlm.nih.gov/pubmed/12693854

Sara B
Reply to  Lisa

Can unwashed clothing be put in the oven on a low temperature setting to kill ticks? This may be easier than using a dryer, e.g. for the disabled or those without dryers, and a pan is easier to clean afterwards than a dryer.

The dryer may work better as it dislodges ticks. But you never know.

wpDiscuz
14
0
Would love your thoughts, please comment.x
()
x
| Reply
You are going to send email to