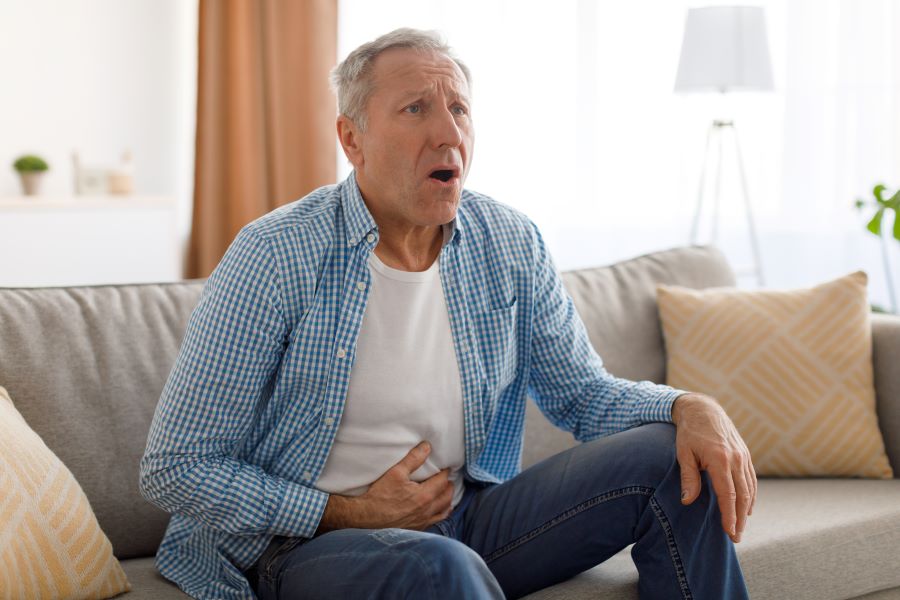 In the case report “A Patient with SIADH, Urinary Retention, Constipation, and Bell's Palsy following a Tick Bite,” Leone and colleagues describe a patient who developed an unusual combination of Lyme disease symptoms, all of which resolved following treatment. [1]

“Our case emphasizes that Lyme disease is capable of causing a mix of symptoms, which may be difficult to interpret, leading to a delay in diagnosis,” the authors write. And these symptoms may “develop consecutively further obscuring the clinical picture.”

A 69-year-old male presented to the hospital with abdominal pain and hyponatremia, a condition that occurs when the level of sodium in the blood is too low.

Four weeks earlier the man noticed a rash on his elbow, which resolved after one week. He also developed a decreased appetite, anorexia, abdominal fullness, chills, headache, fatigue, and myalgias and complained of having an acute onset of constipation.

“There should be a high alert of atypical presentation of this common tick bite associated infection,” the authors write.

Testing for Lyme disease was positive, and the patient began treatment with IV ceftriaxone.

“Our case highlights the importance of including neurological Lyme disease as a possible diagnosis in individuals who present with symptoms of autonomic dysregulation….”

Two days after antibiotic treatment was initiated, the patient developed symptoms believed to be due to a Herxheimer reaction. The authors write, “the patient was found to be tachycardic, weak, diaphoretic, and febrile.”

Test results “suggested that Lyme carditis and NSTEMI were unlikely, and that these symptoms could be a Jarisch–Herxheimer reaction.” He was then switched to IV doxycycline.

At his 3-month follow-up appointment, the man’s symptoms had resolved completely.

“In our patient, an extremely rare mix of symptoms including SIADH, urinary retention, and constipation together with facial neuritis was observed.”

SIADH also known as syndrome of inappropriate antidiuretic hormone secretion is a condition in which high levels of a hormone cause the body to retain water.

“Our case highlights the importance of including neurological Lyme disease as a possible diagnosis in individuals who present with symptoms of autonomic dysregulation such as hyponatremia due to an SIADH-like syndrome, urinary retention, anorexia, constipation, and facial palsy.”

I’m scheduled for back fusion Nov 14 th. I’ve been treated for Lyme twice with coinfections. DX with Neuro Lyme by Spinal Tap and positive titers. I’m concerned about the Anesthesia as I’ve had heart issues since Lyme. Mostly Vacoscyncope with irregular heart rate.
Still have many symptoms. Does this put me at a higher risk for this surgery?
I have been to your conferences in Scottsdale AZ at our Lyme conferences

I have patients who have benefited from additional antibiotic treatment for the remaining symptoms. I have found that Lyme disease can exaggerate the severity of the pain. I am planning on a blog discussing a recent article on anesthesia. The article discusses the need for a cardiac evaluation. https://www.aana.com/docs/default-source/aana-journal-web-documents-1/lyme-disease-and-anesthesia-considerations-december-2017.pdf?sfvrsn=5c4041b1_6

I have a chronic Lyme, with Bartonella henselae 1/512 and Babesia 1/64 IGG positive, i’m from France. I became ill since two years, and I was given doxycycline and amoxicillin, it got better but new symptoms appeared afterwards… Every two weeks, many red scratches (not stretch marks) appear in several places on my body and often precede the symptoms; I also have trouble swallowing, and abdominal pain that comes and goes, arbitrarily. A few months ago, ventricular extrasystoles appeared, but the cardiological examinations are normal for the moment. I follow you regularly from France, I met you through Laura Arnal, and I would have liked to consult you but I’m so far away… I was advised to take ceftriaxone intravenously, but I never took it, because at the beginning I was doing a lot of herx. Today I no longer herx, but the symptoms that I described to you are moving and migrating everywhere (leg pain on Monday, neck pain on Tuesday.) Which shows, in my opinion, that I don’t I’m not in Post Lyme Syndrome, but still in active disease.
What can I do, I want to do this IV cure (over 21 days) but I don’t know if it will be beneficial to me (I have no comorbidities and I have already had intramuscular ceftriaxone so I don’t think I’m allergic.

Thank you very much for your work and your investment, I wish you the best.

I am sorry to hear you are still ill. I am unable to make any recommendations without an examination. I advise my patients that 3 weeks of IV Rocephin may not be enough. I also advise them to be treated for Babesia. There is no IV for Babesia.

Why is LymeDisease not listed with social security as a debilitating desease??

Why is Lyme not listed as a debilitating desease with Social security disability?
Listed

Author
Dr. Daniel Cameron
Reply to  Why is LymeDisease not listed with social security as a debilitating desease??