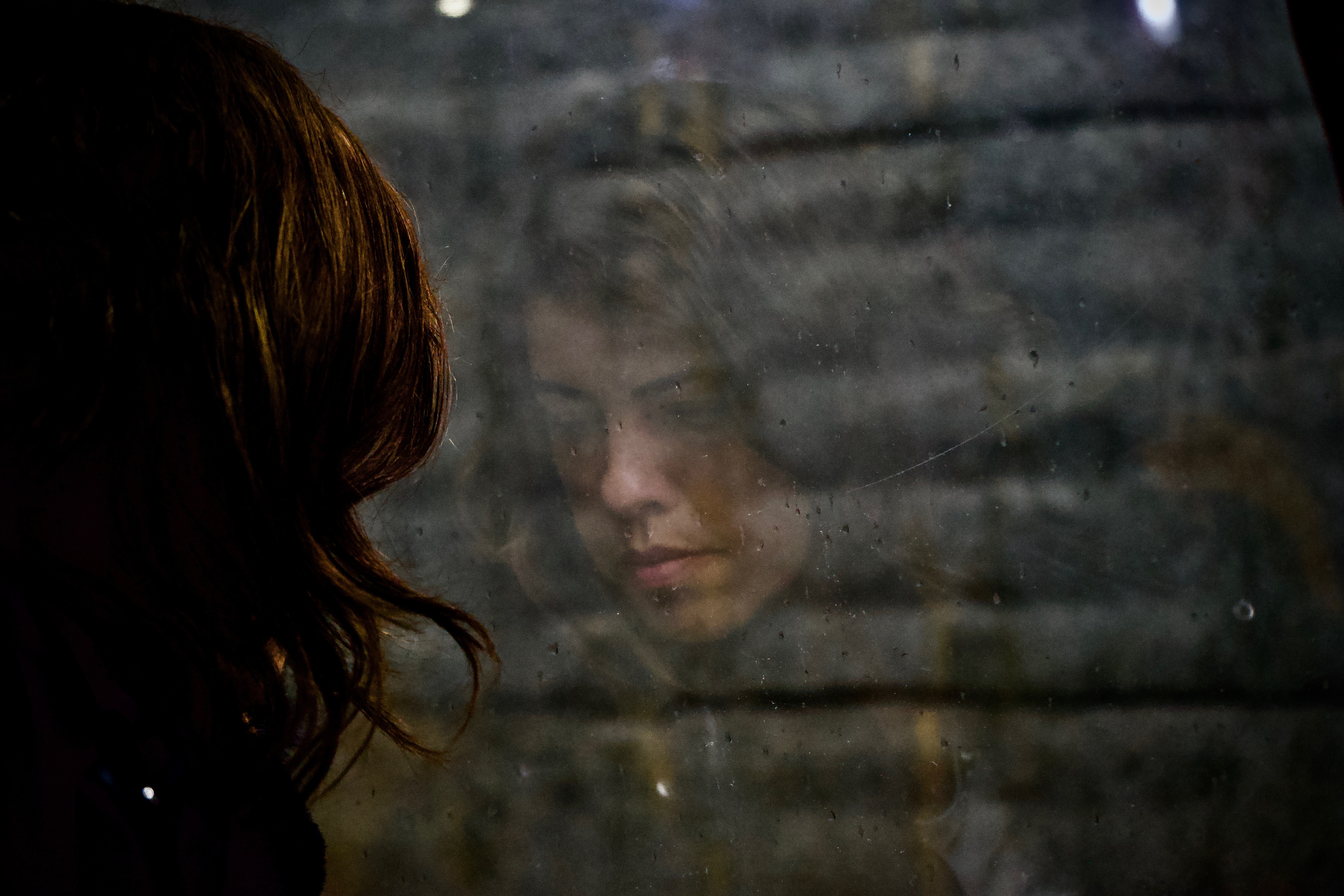 There is growing evidence that Lyme disease can lead to psychiatric symptoms, including anxiety disorders and depression. There have been cases where chronically ill Lyme disease patients were suicidal. But, whether psychiatric manifestations, including suicidal ideation, are due to an infection or the result of struggling with a debilitating condition is unknown.

One study found that more than 1/3 of patients with chronic neurologic Lyme disease suffered from depression, in addition to fatigue, headaches, poor concentration, lightheadedness, and joint pain.

While depression is not uncommon in patients with chronic illness, it does seem to be more prevalent among patients with Lyme disease, according to Dr. Robert Bransfield, a New Jersey-based psychiatrist, who specializes in treating tick-borne disease infections.[1]

“In my database, depression is the most common psychiatric syndrome associated with late stage Lyme dis­ease,” states Dr. Bransfield in his paper “Lyme Disease, Depression and Suicide.”

Individuals with Lyme disease may also find themselves subject to the same stigma described for depression. The reluctance of some clinicians to acknowledge the existence and severity of any thing more than an acute disease only fuels the stigma.

The national conversation on depression reminds us of the need to remove barriers for Lyme disease patients who are already feeling overwhelmed and stigmatized.

I got Lyme disease in October of 2016. Successful disgnosed & treated after I worked & suffer for more than a week… i was pretty sick but it after several days of Doxy I was back up to speed. My problem is that I seem to have lost my ZEST. It could be cause I work a high stressed job & long hours but I’ve done this for many years. I am alot less approachable, easy to aggitate, easily worked up & always worried about something – get headaches now (have never been a sufferer) – I drink copious amounts if water at night & often wake up at night being unable to go back to sleep (I have never had trouble before & this seems to be increasing) I am grabbing at straws – I no longer recognise myself but am urnestly looking for a possible reason for my ‘changes’ – am pretty convinced it’s medical (I know myself) – I am no hypochondriac & consider myself to be healthy…. any thoughts would be greatly appreciated

Up to a third of patients can suffer from fatigue, poor sleep with frequent wakening, poor concentration, sleep issues, and variable moods. Doctors are divided on how to whether to treat or not to treat. The doctor might see the psychiatric rather than the entire clinical picture. You may need to include a doctor who works with tick borne illnesses for a reassessment.

I saw you 6 years ago went on doxy and i broke out in hives and you put me on other antibiotics and i stayed in them for awhile and then i could not afford to keep goin and got put on gabapentin for awhile got off that felt better for 6 nice years and have a lot of stress taking care of my dementia mom and i woke up sick 3 weeks ago and now my body is aching so bad and had to go to the hospital and all they did was give me an iv with a pain killer smh I’m getting so depressed and i keep crying!!! Why do doctors no how to treat chronic lyme !!’ it’s awful

Also, this pain is so bad I can’t even work and i feel like i’m losing my mind ugh i keep forgetting stuff so bad and i’m only 55!!! I wish I could afford to get help smh lyme is a killer

I am sorry to hear you are having problems 6 year later. You never forget the feeling.

Dan, My late husband, Jack Gordon’s brain autopsy given to me 11.22.15 by Dr. Alan MacDonald said: Jack’s brain made WORLDWIDE HISTORY having 2 diseases never discovered together before: Borrelia/Lyme and LEWY body dementia causing visual/VIOLENT hallucinations like Robin Willams had. Because Jack is the 1st in world with these diagnosis, his case will be written up and published in an unknown SCIENTIFIC medical journal sometime in future!! I, non-medical person, will be 1st co-author over him, Paula Pierce from Norman, Okla. EXCALIBUR LAB did the 1st work on blood staining before Alan received the slides. Then Tom Grier was to summarize everyone’s findings into the case with Alan adding the finale comments! Alan retired before he got his part was done in 2016. I got my part done within 2 wks. of that call before my knee replacement surgery. They also found a filarial nematode parasitic worm in his brain. When cutting the worm in half, worm had LYME DISEASE TOO! They made 3 major finds in Jack’s brain. Jack NEVER suffered from depression or other symptoms mentioned above; he did have SEVERE knee arthritic pain and in his hands/fingers terribly! Using Jack’s medical records, I went back 35 years to when he got terribly sick and was home for almost 4 full WEEKS! He was never sick more than 2-3 days max with a cold. Last 2 years was when the HALLUCINATIONS started mild at 1st and then progressed to where he’d wake up screaming loudly “someone was trying to KILL him” and he was never in war deployed!! Jack was never diagnosed in 35 years with his Lyme disease!! He broke out in heavy sweats just walking across the 8′-10′ kitchen area. Neurologist he’d doctored with for 5 years NEVER diagnosed him with his LEWY body dementia in spite of my telling him over & over how the hallucinations progressed to violent ones!! Paul Duray Research Foundation brain autopsy slides of: Lewy body dementia, Alzheimer’s, Lyme disease, Glioblastoma, and Parkinson’s can found here: https://durayresearch.wordpress.com/our-work/lewy-body-dementia-a-global-theory-of-neurodegenerative-disease/ Jack’s and my Lyme stories can be found at the bottom of the link above this paragraph. Alan would have loved to have been able to study Robin Williams blood staining slides to see if he also had LYME disease as well as the LEWY body dementia. Betty Gordon Iowa Lyme/LEWY body dementia widow 48 yrs. chronic Lyme patient, 35 yrs. MISDIAGNOSED by… Read more »

Can someone please help me? My precious daughter age 20 has late stage Lyme disease. She has been through IV antibiotics and seems to be better physically but mentally she deals with great depression, rage, and concentration. She is taking Abilify and Zoloft. She wants to end her life. She asks if she can please end her life. She spent all of her teen years ill. She can’t drive, go to school or work and is seeking street drugs to manage her depression. I just don’t know how to help her.

It can be difficult to get better. Keep working with her to find a solution.

I have late-stage Lyme as well. Please don’t give up on her. Make sure she has a Lyme-literate doctor, not just a family practice physician. Not all docs have experience treating Lyme, and some aren’t up-to-date on the best treatments. A support group may also be helpful– it’s hard to say. If she’s unable to drive or work and is mostly confined to the house, she may need to get out for a bit, which can be so hard to do but makes a big difference for me. Time away from her normal environment with someone who understands can be validating for a person with chronic illness, and that validation, that connection, can be so important. I hope she finds some relief and some hope soon. I know how hard this is on the entire family.

Hi Sandra,
I feel for you and your daughter. I have Lyme disease and have been suffering from severe treatment resistant depression for 3 years. I understand how she feels when she asks please if she can just be permitted to die. I am a mother of 4 beautiful kids, have a kind supportive husband, but have lived in hell for the past three years. The Lyme has destroyed my brain and I can’t do most of what I used to be able to do. I still try with whatever energy I have left to stay alive for my children but each day I am like her, I just want to die. I too don’t know what to do but I pray a lot and I hope one day that your beautiful daughter can be healed. I can’t offer much help to you other than to say you are not alone. Please tell her this. I will pray for her too.

Hi Fran if i can ask i have treatment resistant depression too… did anything help you ? did you get better?

My daughter was where your daughter is. She still suffers from anxiety but we’re slowly making strides. The one medication that worked wonders is clozapine. However, she does have to go for blood work every two weeks (weekly in the beginning ). You may want to look into that. Also, a mental health facility for a few weeks might help. It’s a place she can be safe from herself and can be heard. Check around and check your insurance. Prayers to you and your daughter.

Do you have any facilities to recommend?

May I ask how your daughter is doing?

Can depression in patients with Lyme disease be diagnosed with ICD10 code F06.31 for mental health counseling?

The 2017 ICD-10-CM Diagnosis Code F06.31 has been introduced for “Mood disorder due to known physiological condition with depressive features.” Our office does not have any experience using the code, yet.

I was diagnosed with Lyme disease about 3 weeks ago. I was prescibed amoxil for 10 days and I’m now taking doxycycline since I’m still symptomatic. As the days go on I am feeling better physically with fewer headaches, body aches and neck pain but I am noticing more and more depression, trouble concentrating and focusing. I was diagnosed at the ER since I don’t have a primary care Dr. Should I return to the ER for a follow up? Or can I anticipated these newer symptoms to subside as well?
Thanks!

Only 2 of 27 chronic neurologic patients in the classic 1990 patient by Logigian and colleague in the New England Journal of Medicine were abnormal by spinal tap. Clinical judgement was necessary for the other 25 patients.

wpDiscuz
60
0
Would love your thoughts, please comment.x
()
x
| Reply
You are going to send email to