Lyme disease forces 24-year-old army officer out of the military. An Inside Lyme Podcast. 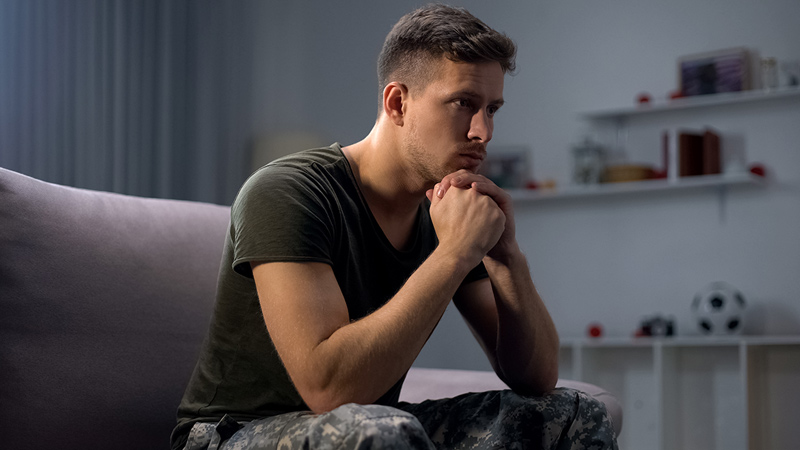 Welcome to an Inside Lyme case study. I find that the best way to get to know Lyme disease is through reviewing actual cases. I will be discussing a 24-year-old army officer who was forced out of the military due to Lyme disease.

We often think of Lyme disease as a threat to the public engaging in enjoyable outdoor activities, like hiking, camping, and gardening. But Lyme disease and other tick-borne illnesses are a constant threat to individuals serving in the military, who spend much of their time working in heavily forested or mountainous terrain.

Weiss and colleagues first described this case in the Journal of the Pediatric Infectious Disease Society in 2017.

The young man had completed an arthroscopic repair of a labral tear of his hip. A labral tear is an injury to the soft tissue that covers the hip joint. He was expected to return to active military duty.

He developed unexplained knee swelling during his recovery.

Lyme disease and other tick-borne illnesses are a constant threat to individuals serving in the military, who spend much of their time working in heavily forested or mountainous terrain. Click To Tweet

Doctors removed 75 cubic centimeters of fluid from his knee, which is about 2 ½ ounces. He was treated for a possible Gonorrhea infection. But the tests for Gonorrhea were negative, and the swelling persisted.

Polly Murray, a housewife in the Lyme Connecticut area, described joint swelling in family members and neighbors. She brought her concerns to the attention of Dr. Allen Steere at Yale School of Medicine. Her observations led to the discovery of Lyme disease.

Doctors had been diagnosing patient with JRA even if the rheumatoid arthritis tests were normal. Doctors had been treating JRA with anti-inflammatory drugs such as ibuprofen.

All that changed with the discovery of a spirochete that caused Lyme disease. Doctors could now treat these individuals with antibiotics.

The young man’s Lyme disease test of the synovial fluid was positive for Borrelia. burgdorferi by antibody titer and PCR.  B. burgdorferi is the scientific term for the bacteria that causes Lyme disease. A PCR is a DNA based test. His blood tests were negative for Lyme disease.

The doctors could not be certain whether the military officer’s Lyme disease was caused by a latent infection 15 years earlier or reinfection.

The authors write, “Persister bacteria are a dormant form of bacteria that can survive extended periods by inactivating metabolic activity. Persister cells can endure the aggressive use of antibiotics because most antibiotics require active metabolic processes to carry out their function.”

The authors add, “In this case, exposing the synovial ﬂuid of the hip joint during surgery could have triggered activation of dormant B. burgdorferi.”

The authors also raised the possibility that the young man was newly infected with Lyme disease while serving in the military. Reinfection is most likely as synovitis typically occurs early in Lyme disease.

He was treated with 30 days of doxycycline. The Lyme disease tests of the synovial fluid were negative for B. Burgdorferi after completing his doxycycline treatment.

During treatment, the young man developed swelling in his other knee.

Over the next several weeks, doctors periodically removed fluid from the young man’s knees. The swelling in both knees continued despite time and anti-inflammatory medications.

One of the knees became more swollen and painful. The doctors sent the knee fluid to the laboratory again. The synovial fluid from the knee was positive again for B. burgdorferi in the synovial ﬂuid.

The young man was treated with a month of intravenous ceftriaxone.

The young man remained ill with severe fatigue, memory issues, headaches, sleep disturbances, and complaints of angina. He continued to have chronic knee, hip pain, and minor effusions in both knees.

He remained ill on follow-up. He would experience chronic knee and hip pain and knee effusions. He also experienced worsening neurologic symptoms consisting of headaches and nonrestorative sleep.

The authors did not describe the onset and severity of these neurologic symptoms.

Unfit for duty for army officer in the military

The young man’s career was over. “Eventually, a medical retention decision point was reached, and he was deemed unﬁt for duty,” wrote Weiss and colleagues.

It must have been frustrating for the 24-year-old army officer to be forced out of the military due to Lyme disease.

It was a financial loss for the military to lose a trained cadet. “The average 4-year cost for educating a single U.S. Military Academy cadet is currently over $300,000,” writes Weiss and colleagues.

I agree with the authors’ conclusion: “This case highlights the need for increased surveillance for Borrelia burgdorferi in military training areas and for the early and aggressive diagnosis and treatment of military personnel who present with the symptoms of acute Lyme disease,” explains Weiss and colleagues.

The authors concluded their paper with a discussion of post-treatment Lyme disease syndrome (PTLDS).

Some doctors are using the term for individuals who remain ill for more than six months after antibiotic treatment. These individuals typically suffer from pain, fatigue, and poor cognitive function. They also suffer from poor function.

Treating Lyme disease in the military

3 Replies to "Lyme disease forces 24-year-old army officer out of the military. An Inside Lyme Podcast."