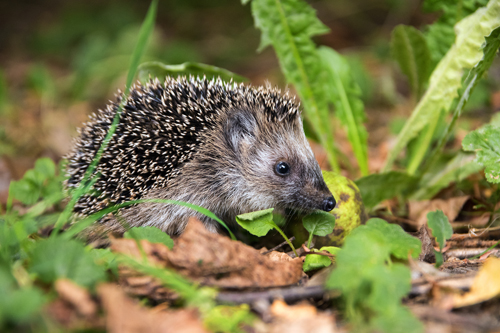 Researchers from the Netherlands have found that a sizeable number of the 1,205 ticks removed from European hedgehogs in urban and suburban areas contain multiple pathogens. In the journal Parasites & Vectors, the authors explain how these European hedgehogs contribute to a “Melting pot of tick-borne zoonoses.” [1]

The study entitled “Melting pot of tick-borne zoonoses: the European hedgehog contributes to the maintenance of various tick-borne diseases in natural cycles urban and suburban areas,” investigates the extent to which hedgehogs contribute to the enzootic cycle of tick-borne pathogens. 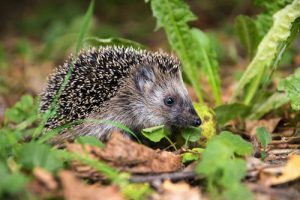 Study finds 39% of ticks infected directly from the European hedgehogs carried more than one pathogen.

European hedgehogs are urban dwellers and legally protected in Belgium, making them easy to study. Engorged ticks were collected from hedgehogs in urban and suburban areas via rehabilitating centers in Belgium. The number of ticks per hedgehog ranged from 1 to 167.

The authors found that 71% of the ticks were infected with at least one pathogen which could include B. miyamotoi, A. phagocytophilum, R. helvetica and B. burgdorferi genospecies (B. afzelii, B. bavariensis and B. spielmanii). “An infection with B. miyamotoi occurred in 20 ticks from five hedgehogs.” according to Jahfari from the Centre for Infectious Disease Control, National Institute of Public Health and Environment (RIVM), Netherlands.

The ticks were not screened for Babesia microti, which has been shown in another study to infect up to 40% of patients with Lyme disease. [2] Learn more about the diagnosis and treatment of Babesia.

Hedgehogs can potentially transmit tick-borne diseases in urban and suburban regions. The authors conclude, “European hedgehogs seem to contribute to the spread and transmission of tick-borne pathogens in urban areas” and  the “relatively high prevalence of B. bavariensis, B. spielmanii, B. afzelii, A. phagocytophilum, and R. Helvetica in engorged ticks suggests that hedgehogs contribute to their enzootic cycles in (sub) urban areas.”

“Hedgehogs reach up to nine times higher densities in urban areas with parks and garden, than in rural areas, with lowest densities in forests and open grassland fields and agricultural land without cover such as shrubs or dead wood,” the authors state. “Humans are likely to encounter ticks infected with one or several of these pathogens while gardening or recreating in parks.”

Jahfari and colleagues’ findings that European hedgehogs collected in the Netherlands harbor a “melting pot” of tick-borne zoonoses reminds doctors of the difficulties in diagnosing and identifying best treatment options for infected patients.