Babesia and Lyme — it’s worse than you think 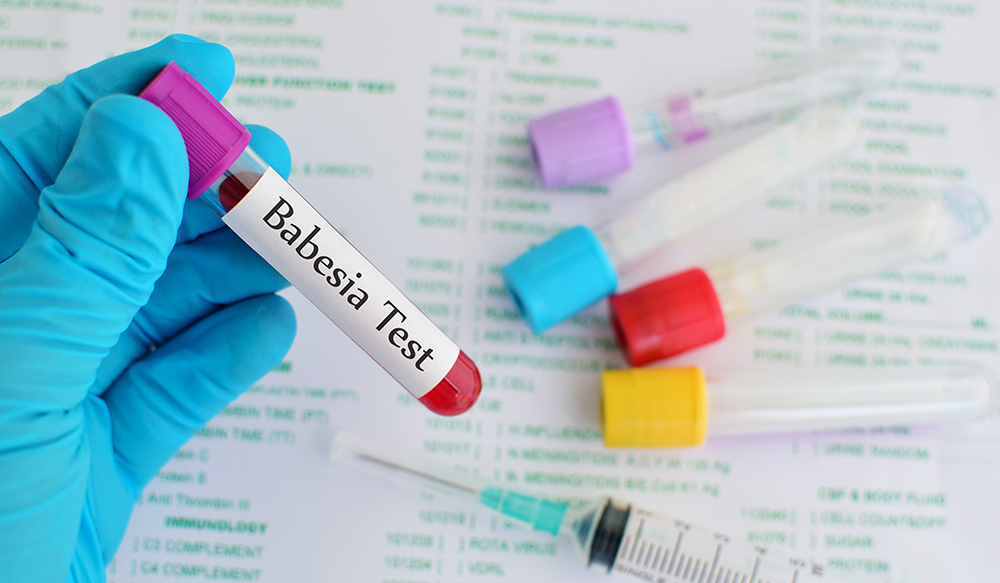 Babesia, a tick-borne infection that causes malaria-like symptoms, has been making headlines over the past two years as the number of reported cases increases, and concerns grow over the seriousness of the disease and its ability to be transmitted through the blood supply.

Although Lyme disease is the most talked about tick-transmitted disease, Babesia is more common than you might think. In the 2015 issue of Trends in Parasitology, Diuk-Wasser and colleagues report that up to 40% of patients with Lyme disease experienced concurrent Babesiosis. [1]

This means that out of the estimated 300,000 cases of Lyme disease reported annually in the U.S., 120,000 of those individuals may also have Babesia. This is particularly alarming given that the disease can go undetected in asymptomatic individuals and is transmissible through blood transfusions or congenitally. Additionally, Babesia requires different treatment than Lyme disease.

The Babesia microti (B. microti) parasite that leads to Babesia is commonly seen in blacklegged deer ticks. But according to the authors, it’s also common to find ticks and enzootic hosts carrying both Borrelia burgdorferi (the causative agent of Lyme disease) and B. microti. In fact, between 12% and 42% of rodents are co-infected with both agents. This would suggest that “coinfection provides a survival advantage for both pathogens.” [1] 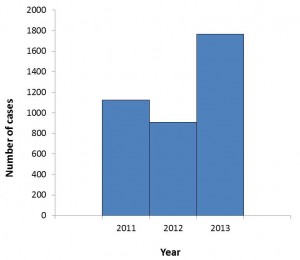 Source: CDC. Number of Babesiosis cases since it become a nationally reportable disease in 2011.

The first case of Babesiosis caused by the B. microti parasite was identified in 1969 in an individual who had vacationed in Massachusetts. It wasn’t until 2011, that it became a nationally notifiable disease with more than 1100 cases reported by the Centers for Disease Control and Prevention (CDC). Two years later, this number had risen to nearly 1800.

Setty and colleagues summarized their concern in a 2003 review, “Parasitemia in humans is transient and episodic. For this reason, there is a risk of asymptomatic donors transmitting the disease to recipients.” The authors raised concerns that there were 20 cases of Babesiosis and a variant Babesia strain called WA1 by red blood cells and blood component transfusions by 2003.

Babesia can lead to serious illness. Patients have presented with atrial fibrillation, [2] noncardiogenic pulmonary edema, [3] and anemia. [2] In New York, between 1982 and 1991, 7 people with Babesia died, while another patient on Nantucket Island developed pancarditis and died. [4]

Babesia occurs in individuals without the risk factors of increased age, prior splenectomy, immunosuppression, prematurity, and liver disease. [2] In one study of 192 patients, the average age was 46 years for individuals with Babesia. [5] The ages ranged from 27 to 83 years in a New York case series. [6] Five of 192 patients were immunosuppressed, [5] while none of the four subjects in another study had a splenectomy. [2]

“The clinical pictures for 3 out of our 4 coinfected patients included a large number of symptoms, and 1 coinfected patient had persistent fatigue after treatment,” according to a study by Steere and colleagues. [8]

Equally worrisome is the fact that the disease can be difficult to diagnose based on symptoms. Nearly all patients with Babesia reported sweats. However, if the patient was coinfected with Lyme disease, the incidence of sweats dropped to 42%. Sweats can also be reported in other tick borne illnesses. [5] 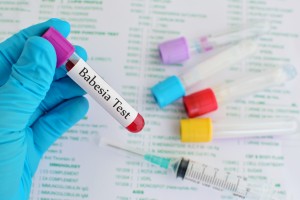 Babesia can also be difficult to diagnose with current testing. The parasite was detected microscopically in as few as one-third of patients with Babesia. [5] Specific amplifiable DNA and IgM antibody were more likely to be positive. [5] The reliability of tests for Babesia in actual practice remains to be determined.

The Babesia tests can become negative. The Babesia sporozoites can be too few in number to be detected on a thin smear or can resolve with or without treatment. It’s been reported that a positive serologic test for B. microti will decay over time, leading to a negative test. Half of the patients with positive serologic tests for B. microti were negative on follow-up. [2]

Babesia cannot be treated with the same medications used to treat Lyme disease. Doxycycline is effective for Lyme disease, Ehrlichia, and Anaplasmosis but not for Babesia.   Treatment with Mepron and Zithromax has been effective for Babesia. Quinine and clindamycin have also been effective but are associated with a higher rate of side effects. Flagyl and Tindamax drugs have been proposed but not well studied. The optimal treatment for Babesia has yet to be worked out.

Physicians have different views over the diagnosis and treatment of Babesia. The Infectious Diseases Society of America’s (IDSA) guidelines advise:

There are physicians who have elected not to treat Babesia patients, who are asymptomatic. In 1998, Krause and colleagues reported, “24 of 46 Babesia-infected subjects, who received no specific treatment, had Babesia DNA detectable in their blood for an average of 82 days.” [10]

In 2002, Krause et al reported, “Because symptoms had resolved or improved by the time concurrent Babesiosis or HGE was diagnosed, therapy was not administered to 38 (58%) of the patients with Lyme disease plus Babesiosis.” [5]

There are physicians concerned that symptoms of Babesia may be overlooked when evaluating patients. [11] The symptoms of chronic Lyme disease were overlooked for up to 14 years until reported in the 1990 New England Journal of Medicine by Logigian et al. [12] Meanwhile, the symptoms of Lyme disease were dismissed in by the IDSA Lyme disease guideline committee in 2000 and 2006 as nothing more than the aches and pains of daily living. [11] And the severity of the chronic manifestations were not validated until the 4 National Institutes of Health (NIH) sponsored clinical trials were completed. [13]