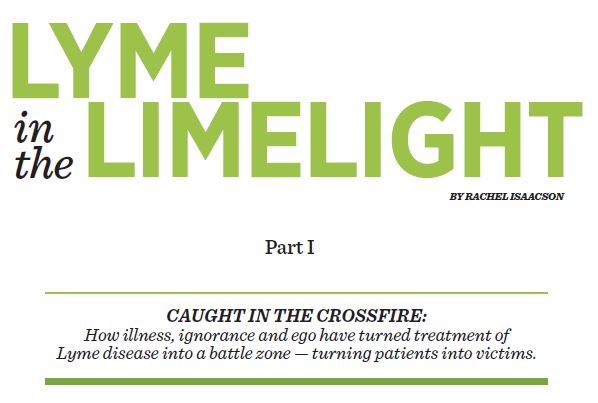 Hamodia, an internationally-recognized newspaper, recently published a two-part series on Lyme disease, entitled Lyme in the Limelight, which they have gracious given us permission to reprint. The articles provide an in-depth and insightful look at the politics surrounding a disease that affects hundreds of thousands of people each year. And, which after more than four decades, still elicits heated debates within the medical community. 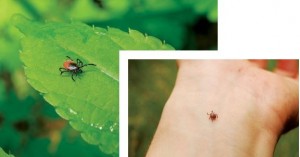 Source: Hamodia publishes Lyme in the Limelight, a two-part series on the politics of the disease.

Lyme in the Limelight, published by Hamodia newspaper, features interviews with veterans in the field including researchers, physicians and advocacy leaders. As a representative of the Infectious Disease Society of America (IDSA) and co-author of the practice guidelines for the treatment of Lyme disease, Dr. Eugene Shapiro gives his perspective on an illness he believes is easy to diagnose and “relatively easy to treat.” I, on the other hand, provide a completely different viewpoint, as lead author of a separate set of treatment guidelines, adopted by the International Lyme & Associated Diseases Society (ILADS).

Following are several excerpts covering areas of disagreement between IDSA and ILADS.

“Lyme disease is not difficult to diagnose and it’s a well-defined entity. It’s generally relatively easy to treat. … in some cases it’s more severe. In rare cases, it can be very severe. Symptoms of fatigue, muscular and joint pain are very common. So some people [who have these symptoms] decide they must have a disease — and chronic Lyme disease fits the bill.”

“To be clear, I believe that these patients suffer symptoms, but it’s not causally related to Lyme, or even to another medical condition.”

Dr. Shapiro disagreed with the revised CDC estimate of 300,000 new Lyme cases. “There has been a slow and steady increase in Lyme disease, but the 30,000 numbers are still true. … they [CDC] did a study … I think that study had errors … I do believe that there [might] be an increase in Lyme disease, but it’s in very limited areas. It’s a slow increase but not an epidemic outbreak.”

“There is no such thing as chronic Lyme disease. First you need to be diagnosed with Lyme disease — and most people never had Lyme disease to begin with.”

“The Lyme disease patient’s quality of life is the same or worse on standardized scales as diabetes, myocardial infarctions (heart attacks), fibromyalgia and chronic fatigue.”

“ILADS recommends that prophylactic [preventive] treatment should be implemented for at least three weeks, with follow-up after a tick bite [as Bb Lyme spirochetes have the ability to penetrate the body and cells in less than 24 hours following an embedded tick bite]. Whereas, IDSA sometimes recommends a one-time 200-mg dose of Doxycycline. The only study supporting a single dose of Doxycycline demonstrated that it could prevent rashes but did not study whether it could prevent any chronic manifestations of Lyme disease.”

“There are [mainstream] doctors who dismiss Lyme disease (who do not meet ILADS criteria), which leads to needless treatment delays. The delay makes it more difficult to treat. We have not been successful at getting the IDSA to begin the dialogue needed to establish diagnostic criteria.”

(Source: Reprint permission given. Published in the print issue of Hamodia. For more information, visit hamodia.com.)

2 Replies to "Politics of Lyme disease turn patients into victims"