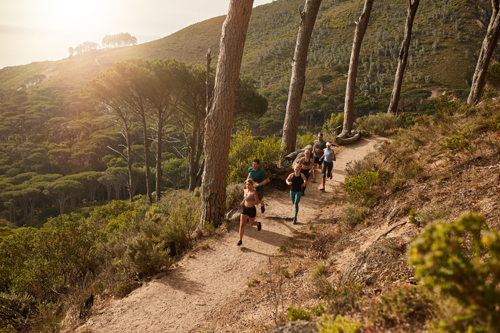 A research group in the UK described a novel way to determine the risk of tick bites at an outside event. Researchers asked ≈500 participants in a 2-day mountain marathon in Scotland to check for ticks. [1] Their findings are reported in an Emerging Infectious Diseases article, “Use of Mass-Participation Outdoor Events to Assess Human Exposure to Tickborne Pathogens.”

The event consisted of 2 days of long distance mountain racing through a tick-infested habitat in Scotland. “Teams of 2 runners each navigate mountainous terrain, carrying all their equipment for an overnight camp,” according to Hall from the University of Salford. [1]

To encourage participation in the study, racers were offered a tick-removal service, Hall points out. At the end of each day, the racers were given a 1.5-mL tube containing 70% ethanol. They were asked to place any ticks found on their bodies into the tube. 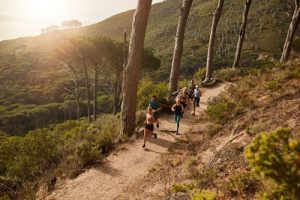 Participants submitted more ticks than expected. All of the 564 ticks removed and submitted were of the species I. ricinus. On day 1 of the race, 8.5% individuals were bitten, compared with 13.8% on day 2. [1]
The authors reported larval tick bites had been of concern with reports of B. miyamotoi infections in I. ricinus larvae. Larval tick bites were reported in 4% and 8.8% of participants on day 1 and day 2, respectively. One of the nymphs was infected with B. miyamotoi.

What diseases did the ticks carry?

The ticks were infected with bacteria typically reported in Europe. Investigators identified B. afzelii, B. burgdorferi sensu stricto, B. valaisiana, B. garinii, and B. miyamotoi. [1] The authors did not assess the ticks for co-infections.

Fortunately, none of the competitors contracted a tick-borne illness. The authors presumed this was due to the prophylactic removal of the tick. [1]

The risk of a tick bite may have been higher than expected due to the competitors not always using clear footpaths and wearing shorts with short-sleeved tops. Hall and colleagues provide insight into the risk of tick bites at outdoor events in the UK. The results “may represent values encountered more widely across Scotland and other parts of the United Kingdom,” cautions Hall. [1]

It would be reasonable to encourage tick bite awareness at outdoor events with organizers possibly offering tick-removal services.

No Replies to "Risk of tick bites at outdoor events"