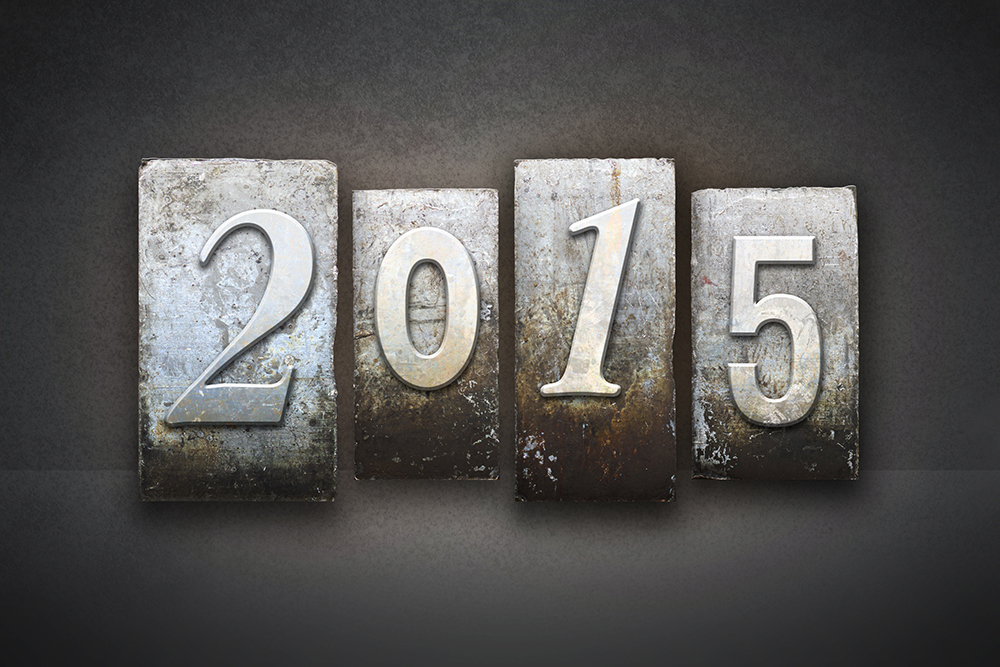 Some of the top stories on Lyme and tick-borne diseases for 2015 included a list of celebrities and wealthy businessmen stepping out publicly to share their own personal struggles with the illness. Such openness has generated global awareness about the devastating impact Lyme disease can have on any individual, regardless of your social status or income level.

As the year comes to a close, we look back at some of the top news stories for 2015.

“I was shocked to learn how many people suffer from Lyme disease in silence, and how much we still need to do to raise awareness and help find a cure,” said Alex Cohen, President of the Steven & Alexandra Cohen Foundation. This gift is incredibly personal to me as I have experienced, first-hand, the chronic and debilitating side effects of this relatively unknown disease. We share Bay Area Lyme Foundation’s desire to find a cure for Lyme disease and hope that this gift will help pave the way to that important work.”

2. The Insanity of Lyme Disease, Part 2: The Doppelganger in the Abstract

“Daniel Cameron, M.D., a physician who specializes in Lyme disease, discussed the case in a recent blog post. Cameron talks about the difficulty in diagnosing Lyme with the standard ELISA and Western blot tests that are used by most physicians, and also points out that the patient was not treated for babesia, a common Lyme coinfection, despite having had a positive Babesia test.”

Researchers find stimulating the vagus nerve reduces inflammation and joint damage by 50% in rats with arthritis. Could the therapy be effective for treating arthritis in humans?

“Rocky Mountain spotted fever, despite its name, is prevalent in the Mid-Atlantic area and, unlike Lyme disease, it can kill you if treatment is not started within five days of the onset of its symptoms: fever, headache, abdominal pain, vomiting and muscle pain. In fact, it is the most common fatal tick-borne disease in the United States.”

“Pennsylvania continues to lead the nation in Lyme disease cases as the Commonwealth through Nov. 27 has reported more than 10,000 cases, about one-third of all cases in the US that have been reported to the Centers for Disease Control and Prevention (CDC) (31,479).”

“LymeDisease.org, one of the largest non-profit Lyme disease patient advocacy organizations in the world, today announced the launch of MyLymeData, the first-of-its-kind national patient-powered research project aimed at improving the quality of care for Lyme disease patients.”

Self-made billionaire John Caudwell speaks about the disease which has affected him, his ex-wife and three of his children.

8. Yolanda Foster’s Emotional Battle With Lyme Disease: ‘Many Nights I Wished to Die’

“This disease has brought me to my knees,” the Real Housewives of Beverly Hills star said Thursday night, while being honored by the Global Lyme Alliance at their Uniting for Lyme-Free World gala.

ET spoke with Dr. Daniel Cameron, President of the International Lyme and Associated Diseases Society, at the event about the likelihood of multiple family members being affected by Lyme. “It’s actually very common, because they share the same lifestyle,” he said. “Many people find that when one person is identified and starts getting to know the symptoms of Lyme, then they realized someone else in the family is also ill.”

A new center will focus on helping patients cope with the residual effects of Lyme disease. “To my knowledge, there is no other place in the country that is focused on rehabilitation of these patients,” said Dr. Brian Fallon.

“Avril Lavigne is still battling Lyme disease, and now the singer is helping others struggling with the disease as well. The singer marked her 31st birthday Sunday by launching a 5-week campaign through the Avril Lavigne Foundation to raise funds and awareness for children and young adults who have Lyme disease.”

11. Lyme Disease May Linger for 1 in 5 Because of “Persisters”

The theory that Lyme disease symptoms can become chronic due to “persisters” is gaining coverage in mainstream media. Hopefully this type of attention will lead to further research into how persisters impact patients.

“Persisters are not antibiotic-resistant mutants, they are bacteria that have gone into a dormant state, ceasing the types of cellular activities that antibiotics typically thwart.”

High percentage of ticks in the San Francisco Bay area are found to be infected with Borrelia miyamotoi and Borrelia burgdorferi, study finds. “Users of recreation areas in the Bay Area need to know the risk of tick-borne diseases such as Lyme is real, and not limited to other parts of the country,” says co-author Eric Lambin.

13. Could You Have Lyme Disease and Not Even Know It?

“It’s hard to treat after a certain point because the bacteria move deeper into the body to places where antibiotics have a hard time reaching, like the brain and joint spaces,” says Dr. Andrea Gaito, ILADS member and rheumatologist in New Jersey.

I had this episode of “brain fog.” I was working every day, but I just wasn’t all there cognitively. I gave a lecture and afterwards couldn’t remember anything I’d said, says Dr. Neil Spector, author and associate professor of medicine at Duke University.

The Infectious Disease Society of America (IDSA) panel, responsible for drafting new guidelines for the diagnosis and treatment of Lyme disease, chooses a ‘consumer representative’ to provide input about the disease and help shape the guidelines. Yet, the representative has no experience with Lyme disease.