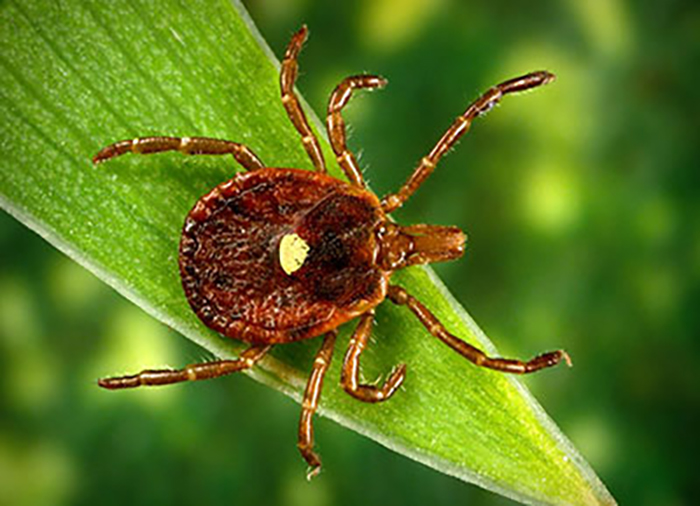 As temperatures drop and the winter months approach, numerous retirees and vacationers will head south seeking refuge from the cold. Unfortunately, many may assume that their travels to a warmer climate will keep them safe from tick-borne diseases. But this couldn’t be further from the truth.

Although much attention has been focused on the dangers blacklegged ticks pose in the Northeast in transmitting Lyme disease, there are multiple tick species in the South that carry a host of diseases travelers should be aware of. The number of tick-borne cases has been steadily rising in the South and tick populations have been expanding into new territories, bringing with them newly emerging diseases.

“The recent confluence of environmental, ecological, sociological, and human demographic factors has created a near ‘perfect storm’ leading to more ticks in more places throughout North America.” [1] 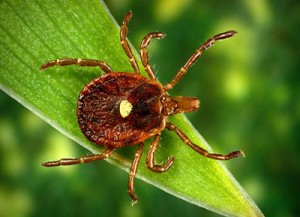 Lone star tick is one of several tick species that can transmit diseases to humans.

Researchers found “a marked increase in Lyme disease cases in Virginia, particularly from 2007 onwards … with development of a new disease cluster in the southern Virginia mountain region.” And, 5 counties in North Carolina have been considered endemic for Lyme disease since 2009. [2]

According to the authors, “we may also see expansion into the mountainous areas of neighboring states, such as Kentucky, West Virginia, and Tennessee” in the coming years.

The study also analyzed public health data from Virginia and North Carolina on more than 11,000 Lyme disease cases reported over a 15-year period. The authors concluded, “The trends in these data paint a clear picture of southward expansion of Lyme disease.” As a result, communities once considered non-endemic for Lyme disease will be at risk, including the southeastern United States, the study warns. [2]

Meanwhile, researchers have identified Borrelia burgdorferi (Bb) spirochetes in birds, rodents, and ticks in southern and western states. And Bb spirochetes have been detected by molecular methods in wild lizards in Florida, South Carolina, and Maryland. [3]

Entomologist Dr. Kerry Clark from the University of North Florida in Jacksonville had been collecting and studying ticks his entire career before he found out personally the dangers they pose. In 2010, he became suddenly ill after dragging for ticks in Georgia.

Clark began suffering from intermittent pounding headaches, fatigue, odd twitches and ‘fuzziness,’ reports Discover Magazine. He tested positive for “traces of B. burgdorferi along with another distinct genospecies (a bacterial species separated by divergence of genes), Borrelia andersonii, usually found in rabbits.” Weeks long courses of antibiotics would make him feel better, but upon stopping the medication, his symptoms and suffering would return. [4]

In 2013, three years after becoming ill, Clark and colleagues published Lyme Borreliosis in Human Patients in Florida and Georgia, USA. The study documented PCR and DNA sequence evidence of infection with Lyme Borrelia in patients from the southern United States. The report also demonstrated that several Borrelia burgdorferi species may be associated with Lyme disease-like signs and symptoms in southern states. [3]

Additionally, some travelers heading south may believe that ticks don’t bite during the winter months. However, A 10-year study of tick biting in Mississippi, published in 2008, found the majority of tick bites by blacklegged deer ticks occurred in February. [5]

In an effort to identify the types of ticks biting Mississippi residents, researchers collected 119 ticks from 73 people over a 10-year-period. They identified 7 tick species and discovered that the lone star tick was the most common species to bite individuals in Mississippi, accounting for 52.9% of the reported tick bites. The gulf coast tick was the second most common, followed by the american dog tick and the blacklegged tick.

An unsuspected carrier of the Lyme pathogen is well-known in the southern climates. A study examining a variety of species of lizards captured from national forests and state parks in northern and central Florida and southeastern South Carolina between March 2003 and May 2004 were found to be infected with Borrelia burgdorferi (Bb).

According to the study, the captured lizards were obtained from February through May, September and December. [5] This period includes February and December – months when blacklegged ticks (deer tick), in the larvae and nymph stage, do not typically bite or feed on hosts.

“Positive results were obtained for several species that are not commonly, if ever, parasitized by I. scapularis (blacklegged tick),” according to the study.

PCR testing revealed 53.8% of the lizards to be positive for Borrelia burgdorferi, including those from 9 lizard species (six genera) and 9 sites in Florida and South Carolina. “The presence of DNA of 3 B. burgdorferi sensu lato species in over 50%.”

Lizards in the southeast are naturally infected with Lyme Borrelia, the authors report and may play a role in the enzootic maintenance of B. burgdorferi sensu lato in that region.

“It remains to be conclusively shown whether the strains infecting lizards in the southeastern United States are cultivable in BSK medium and infectious or pathogenic to humans.”

So, travelers heading south should be forewarned that many species of ticks are active during the winter months and pose a risk of transmitting a range of diseases.