A Tribute to Dr. Willy Burgdorfer, discoverer of Lyme spirochete 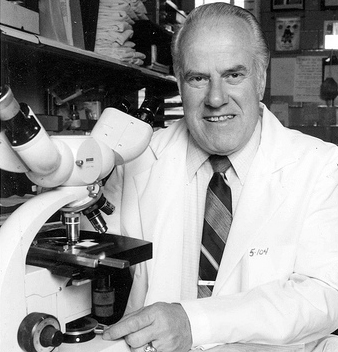 Some men are born great. Some achieve greatness. And some have greatness thrust upon them. Dr. Willy Burgdorfer at inception was a very great man and by his diligent labors achieved further greatness. 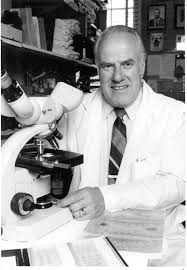 A memorial service was recently held in Hamilton, Montana, to honor Dr. Willy Burgdorfer. I had the great pleasure of knowing Willy and offer these words as tribute to his memory. He will be greatly missed and will be forever positively impacting patient’s lives.

“He was a humble man. When his name was repeated by millions of people impacted by his discovery and he was revered as their personal hero, Willy opted to continue to live simply and avoid the fanfare.

Dr. Burgdorfer’s amazing discovery set the stage for modern and appropriate medical curative therapies for a host of illnesses. Willy, working alone in the Rocky Mountain Laboratories in Hamilton, Montana, had perceived in the guts of the lowly Ixodid hard tick, the etiologic agent of Lyme neuroborreliosis.

This discovery mirrored those of Dr. Louis Pasteur, who like Willy made a discovery which permanently impacted worldwide public health for the better. Willy and Dr. Pasteur discovered microbial causes for a multitude of human afflictions.

Simply put, before Dr. Burgdorfer’s discovery, patients with Lyme disease continued to suffer from sometimes debilitating symptoms because the disease was thought to be caused by a virus and not a bacteria. And so, treatment protocols were found ineffective.

Ticks collected from Shelter Island, New York were sent to Dr. Burgdorfer, who after examination hypothesized that the spirochetes residing in the mid-gut of these ticks were the non-viral cause of Lyme disease in humans. His findings were rigorously validated by other world-renowned scientists.

The international microbiology community voted to name the newly discovered pathogen in honor of Willy Burgdorfer, Ph.D. as Borrelia burgdorferi.

The rest is history.

Thirty-four years after this amazing moment of discovery, the world is still learning the full extent of the implications of spirochete on infection-induced human illnesses.

By the guiding light of his discovery, and one man working alone, a medical puzzle was solved.”

3 Replies to "A Tribute to Dr. Willy Burgdorfer, discoverer of Lyme spirochete"