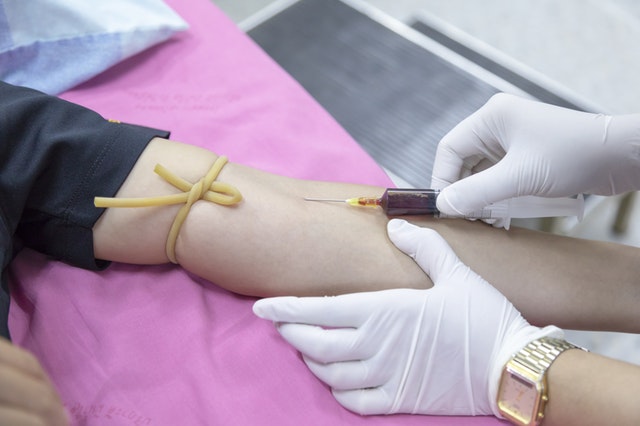 Ever wonder why some people are more likely to be bitten by a tick than others? Researchers in the Czech Republic claim it may have to do with a person’s blood type. “The influence of blood groups on certain diseases such as malaria or some cancers has been already discussed and proved,” the authors point out. Type O blood has been linked to the slow progression of malaria, transmitted by mosquitoes. “This may suggest that there could be a similar relationship between tick-borne diseases and some blood group(s).”

To explore the possible association, Žákovská and colleagues from Masaryk University in the Czech Republic conducted a pilot study using an in vitro method. Blood from volunteers was placed on the perimeter of filter paper placed on a Petri dish.

Researchers collected 100 nymphal Ixodes ricinus ticks in Ruda, near the Brno Reservoir. These are the most common species of ticks in Europe and the Czech Republic. They are also the primary carrier of Borrelia burgdorferi, the bacteria which causes Lyme disease.

Tick behavior was monitored at 1 and 2 minute intervals to determine which drop of blood they preferred.

“It can be stated that the most statistically preferred was blood group A, followed by the second groups – O and AB,” writes Žákovská. Type B blood was the least preferred blood group.

The findings need to be replicated in an in vivo study, given that other factors could influence the ticks’ feeding preferences in a living organism, the authors explain. However, “we cannot use model animals,” writes Žákovská, “because different animal species have different systems of blood groups.”

Studies on mosquitoes have shown preferences for certain blood types, according to a literature review by the authors. These studies used human volunteers.

“In one case, they allowed the mosquitoes to feed on the exposed hands of volunteers,” explains Žákovská. “In the second study, the experimenters were studying only ‘landing’ preferences of mosquitoes with amputated proboscis.”

People with Blood Type A should be wary of ticks. Study shows ticks prefer Type A blood. Click To Tweet

So, what about using human volunteers? Unfortunately, “this approach involves increased risk of contracting a tick-borne infection,” writes Žákovská.

Or, the authors suggest “amputate the proboscis of the vector and/or use ticks which have been both bred and kept from eggs in sterile conditions to avoid the risk of carrying infectious agents.”

The study’s authors conclude that “blood group might be one of the factors determining the feeding preferences of Ixodes ricinus ticks.” And they warn, “people with the risk blood type A should take appropriate measures to protect themselves more effectively, and decrease the risk of contracting dangerous zoonotic diseases transmitted by ticks.”

Study identifies ticks that are most dangerous to humans

Ticks and Lyme disease bacteria with us since the Ice Age

You can’t count on testing of engorged ticks

25 Replies to "What blood type do ticks prefer?"