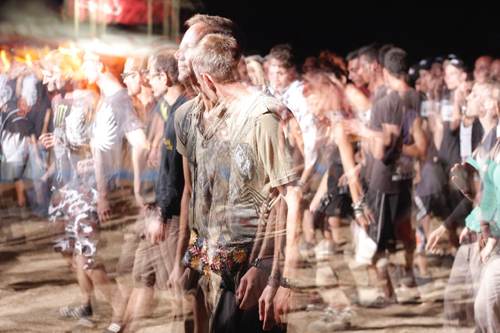 “Postural tachycardia syndrome (POTS) is a chronic debilitating condition characterized by symptoms of lightheadedness, fatigue, palpitations, pre-syncope, sleep disturbances, cognitive impairment and brain fog in conjunction with an exaggerated increase in heart rate (HR) when upright, despite maintenance of a normal blood pressure,” writes Wells in the journal Vascular Health and Risk Management. [1]

The cause of POTS is not well understood but researchers believe it is due to multiple factors. According to Wells and colleagues, “moderate autonomic dysfunction, increased sympathetic tone, severe deconditioning, inadequate venous return or excessive blood venous pooling may contribute to POTS symptoms.”

In addition, “Autoimmunity and mast cell activation syndromes have been postulated as contributing to the development of POTS in some patients, but immunotherapy is rarely indicated and the relevance of autoantibodies and mast cells in most patients with POTS remains controversial,” writes Wells.

Patients with POTS may have other coexisting conditions. For instance, symptoms related to IBS, food intolerance and allergic sinusitis are often reported in patients with POTS, according to Wells.

In fact, “the treatment of POTS may improve IBS symptoms, as seen in a cohort of children treated with fludrocortisone.” And “concurrent hypermobility, often referred to as Ehlers Danlos Syndrome, is overrepresented in patients with POTS,” writes Wells.

Symptoms of POTS often overlap with those found in patients with chronic fatigue syndrome and fibromyalgia. Wells and colleagues did not discuss POTS and its association with Lyme disease.

Five patients with Lyme disease and POTS “were ill with fatigue, cognitive dysfunction, orthostatic palpitations, and either near syncope or frank syncope,” the authors write.

“Three patients were also suffering from migraines, two from anxiety and depression and one from hypertension,” they point out.

“The debilitating nature of these symptoms had resulted in a loss of employment or inability to attend school.”

Unfortunately, there are few treatment options for POTS. “Available therapies for this condition are limited and directed toward symptom control by either increasing intravascular volume, increasing peripheral vascular tone or controlling HR,” writes Wells.

“Fludrocortisone is a reasonable option for increasing the intravascular volume, while midodrine is useful in those with peripheral pooling,” Wells explains. And “nonselective β2 antagonists such as low-dose propranolol may be effective for treating the elevated [heart rate] HR.”

Editor’s note:  I have found that treating Lyme disease and co-infections can be effective at alleviating POTS symptoms.

2 Replies to "What exactly is POTS - postural tachycardia syndrome?"