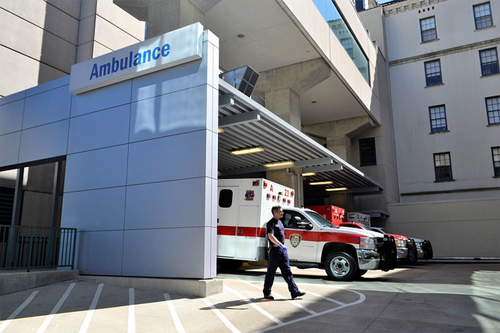 Lyme carditis is known to cause symptoms of fatigue, difficulty or labored breathing (dyspnea), palpitations, lightheadedness, syncope, and chest pain. [1] But as this case report demonstrates, symptoms can sometimes be atypical. The authors describe a patient with Lyme carditis presenting as atrial fibrillation, a type of arrhythmia that causes the heart to beat much faster than normal.

A case study published in the British Medical Journal features a 23-year-old man with a history of degenerative joint disease who presented with a sudden onset of palpitations. [2] His echocardiogram (ECG) revealed atrial fibrillation (AF) with a mildly dilated left Atrium.

The patient did not recall a tick bite or a rash. And, “Although Lyme carditis was on the differential diagnoses list, it was not considered high enough due to the initial rhythm being AF and not [atrioventricular ] AV block,” writes Shabbir and colleagues.

The man was treated with metoprolol and released from the hospital after his heart spontaneously reverted back to normal sinus rhythm.

However, 4 days later the patient returned to the hospital.

He was tested for Lyme disease and treated empirically with intravenous ceftriaxone. Within 48 hours, his symptoms began to improve.

Lyme disease tests came back positive. And 1 month later, after antibiotic therapy, his heart rhythm had returned to normal.

The authors’ key learning points include:

Lyme patient first 1998 with classic bulls eye rash over R thigh and No subsequent A-fib. Chronic Fatigue developed quickly afterwards. No antibiotic treatment ONLY large doses of natural supplements from Standard Process.
Exposure limited my competitive endurance athletic endeavors limiting my ability to train and perform. All hopes for return to high level competition slowly faded away.
Lyme exposure again 12 years later in June 2010 with classic Bulls eye rash over belly button and immediate horrible weakness and fatigue lasting 4-6 weeks. No serious Antibiotic treatment except 1 week Doxycycline orally but no significant progress. Large dosage of supplements again Now from PRL – Premier Research Labs with slow steady improvement over 6 weeks. Afib development about 4-5 months later for a few episodes during strenuous exercise training lasting about 4-5 hours each episode. Paroxysmal Afib to follow with episodes about 75% of the time with strenuous exercise. No traditional treatment.
1 year later went to strict Vegan diet with no Oils and no animal products and No nuts and seeds following Dr Caldwell Essylstein recommendations as per his best selling book Reversing Heart Disease.
4 weeks later Afib episodes stop for 3 months and I make mistake of returning to animal food consumption and quick return of paroxysmal Afib and now persistent Afib for past 5 years.
Vegan diet tried past 3 years off and with less and less changes in Afib episodes but good changes in cholesterol from Keto carnivore diet from 300 to 175. Elevated liver enzymes and renal enzymes with Keto carnivore diet. Return to normal levels with Vegan diet but now no improvement with consistent persistent Afib.
Desire to now focus upon treating my Afib in my blood and heart tissue to see if persistent Afib will change. Any natural remedy suggestions greatly appreciated.

There are so many factors related to atrial fibrillation. I was surprised that you did not try antibiotics for more than a week.

So, in your opinion no link between Lyme and Afib ?

I published the blog to encourage others work whether to add a tick borne illness to the long list of causes of atrial fibrillation. We do know that tick borne diseases can lead early to a electrical disturbance called heart block.

Drs here don’t seem to think Lyme can cause Afib and won’t treat the Afib. I got Afib the same time I got Lyme, I was treated for Lyme but Afib persists, you have any ideas?

All I have been able to to do for my patients is to be sure their Lyme disease is successfully treated.