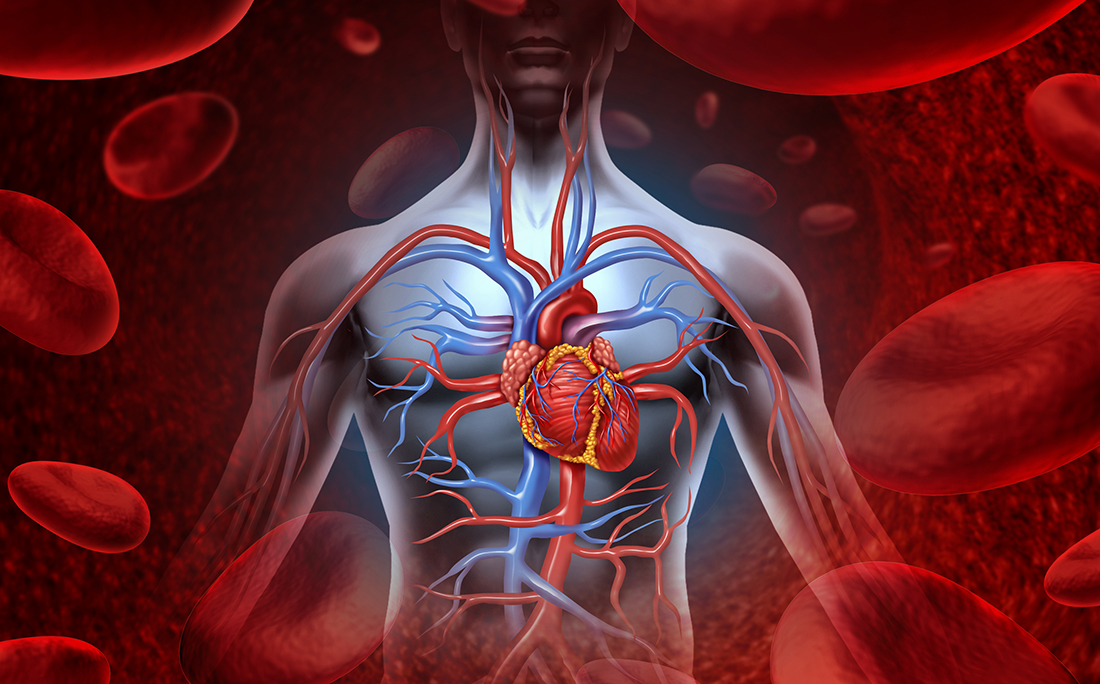 "Although rare, sudden cardiac death caused by Lyme disease might be an under-recognized entity," according to researchers who describe their findings from an autopsy study on 5 case patients who died from sudden cardiac death and were found post mortem to have Lyme carditis. The cases are discussed in an article entitled Cardiac Tropism of Borrelia burgdorferi: An Autopsy Study of Sudden Cardiac Death Associated with Lyme Carditis, published in The American Journal of Pathology.

Fatal Lyme carditis is rarely identified. In reviewing five post mortem cases, Muehlenbach and colleagues found that Lyme disease was not suspected for one patient who complained of episodic shortness of breath, while the second patient tested negative for Lyme disease. Two other patients did not seek medical care. Details regarding the fifth patient were not released. 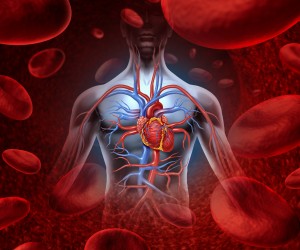 Ultimately, two case patients were diagnosed during unexplained-death investigations at the Centers for Disease Control and Prevention (CDC). Lyme disease was suspected in two of the other cases by cardiac pathology at a tissue bank transplant service. Muehlenbachs and colleagues reassure the readers that cardiac tissue was not transplanted. [1]

All 5 cases lived in Lyme-endemic areas. Patients resided in counties with a high or moderate incidence of Lyme disease including, New York, New Hampshire (with recent travel to Connecticut), Massachusetts and Indiana.

All 5 cases reportedly engaged in outdoor activities. “Two patients had known exposure to ticks, and one patient reported a recent bite.”

Only 1 of the 5 cases underwent serologic screening for Lyme disease and the results were negative.

All 5 cases were symptomatic prior to their death. “A prodrome was reported for each of the patients that included the following: non-specific viral-like illness, malaise, shortness of breath, and anxiety,” according to Muehlenbachs. “One of these patients also had joint and muscle pain, and the other two patients had joint pain for an unknown duration.”

“No dermatologic lesion was documented or reported for any of the patients, although one patient was evaluated in an emergency department 1 month before death for an arm lesion diagnosed as a possible spider bite from which methicillin-resistant Staphylococcus aureus was isolated in culture.”

“Providers should consider Lyme disease in patients who have cardiac symptoms and exposure in an endemic area.” [1]

All 5 cases were seropositive post mortem according to the CDC’s two-tier criteria. “One sample met both IgM and IgG Western Blot (WB) criteria, with two of the three IgM bands and 6 of the 10 IgG bands reactive. The four remaining samples were positive by IgM WB criteria only, although three were nearly IgG positive with 4 of the 10 bands reactive,” states Muehlenbachs.

Underlying cardiac disease may have played a role in 3 of the 5 cases of sudden cardiac deaths associated with Lyme disease, Muehlenbachs points out, since there was significant underlying heart disease present in two patients, and an additional patient had moderate atherosclerosis, discovered at autopsy.

These pathologic findings provide insight into the possible cause behind sudden cardiac deaths associated with Lyme disease. “The findings support the proposed disease mechanism of spirochete cardiac tropism during early disease dissemination, the infiltration of cardiac tissue by inflammatory cells, and involvement of the conduction system, which likely mediates sudden cardiac death.” [1]

“Early diagnosis and prompt treatment for Lyme carditis can be life-saving,” according to Muehlenbachs. “Health care professionals should evaluate all patients with suspected Lyme disease for cardiac signs and symptoms, and obtain an electrocardiogram promptly if carditis is suspected.” Furthermore, “diagnosis is based on clinical suspicion and serologic testing, with the caveat that serology testing may be falsely negative in a patient with recent illness onset.” [1]

Fishe and colleagues describe how early diagnosis and treatment helped save the life of a 15-year-old African-American girl with Lyme carditis. [2] The patient was hospitalized after a 3-day history of intermittent retrosternal and epigastric pain. After treatment was initiated, she developed a heart block. Tests for Lyme disease were positive and she was diagnosed with Lyme disease-associated myocarditis.

The adolescent was empirically started on doxycycline and was concurrently treated with milrinone infusion for afterload reduction and intravenous furosemide for pulmonary edema. Her EKG changed to first-degree heart block by day 2 and resolved completely on hospital day 3.

She recovered and was discharged home on hospital day 7 on oral furosemide, enalapril, and doxycycline, according to Fishe and colleagues.

However, another adolescent was not so fortunate. He died suddenly from undiagnosed Lyme carditis, following complaints of flu-like symptoms. The case is discussed in another All Things Lyme blog, Relying on a Negative Lyme Disease Test Can Prove Deadly.

“In patients with Lyme disease who complain of cardiopulmonary symptoms, clinicians should have a low threshold for obtaining an EKG to evaluate for Lyme carditis,” Fishe points out. Furthermore, clinicians should take note that in “children and adolescents, respiratory and gastrointestinal complaints, with or without chest pain, are the most frequent presenting symptoms.”

Dr Cameron — According to a recent echocardiogram I have an “infiltrative process” going on in my heart, primarily in the left ventricle and septum. Docs are considering cardiac ATTR amyloidosis but my symptoms don’t exactly fit. Because of kidney issues I cannot have MRI with Gadolinium to take a closer look. I believe the infiltrate is related to my NEVER treated Lyme disease from 1982. I was bitten in central Florida which at the time was considered to be free of ticks that carried Lyme disease. I developed the classic bull’s eye rash and severe flu-like symptoms about 2 weeks later. My doctor refused to treat me for Lyme disease because he said we didn’t have the right kind of ticks in this area, and because my rash was itchy. I have been chronically ill since, but until now I thought I had avoided any life threatening late complications. Now I’m not so sure. My doctors and I will keep exploring the amyloidosis issue, but I would very much appreciate hearing your thoughts on the possibility that this infiltrate is due to late Lyme disease, and if so, how to test for it and how to treat it at this late date. Thank you.

I have shared what I have read from the literature. I have not seen “an infiltrative process” but the studies are small. It is also possible to have Lyme disease and another illness. BTW Ticks are in Florida and they can itch. I typically add a Lyme disease evaluation to your workup.

Hi Dr. Cameron – I have had Lyme in 1998, 2009 and 2012, each with significant neurological effects. A few years ago, I was being medically cleared for bladder surgery and a routine EKG showed a RBBB that had never existed before, told it was highly likely to be related to the Lyme. I had a complete cardio work up and was told I was fine but that I needed a yearly evaluation. For 7 years each EKG shows no change in the block. Should I continue these workups? It seems unlikely that anything will develop at this point?

It is unlikely, but it is up to cardiologist when to stop followup.

My son has suffered from Lyme disease, Bartonella, babesia & possibly several other co-infections for the past 13 years (he’s 33). He was misdiagnosed for 11 of those years. At this time, he is not on any antibiotics or prescription meds, only vitamins and supplements ( antibiotics cause him to have severe herx reactions) He suffers daily with joint pain, headaches, fatigue, mood swings, rashes, etc., but recently, he has developed chest pain. It was severe enough Thursday night that he went to the ER where he was admitted to the hospital for tests & observation. EKG, ECG & bloodwork were all normal. He is still having chest pain (it comes & goes, but he describes it as very sharp on the left side right over his heart. He also has neck & jaw pain on the left side) He has an appointment with a cardiologist Monday, but most doctors in our area (Alabama) are clueless about Lyme disease. He has been to a Lyme specialist in Washington DC, but it’s so far & expensive, it’s hard for him to go as often as he needs too. Any suggestions/advice would be greatly appreciated!

Dr. Cameron- I was diagnosed with Lyme (short term), Bartonella and Babesia (both long term, approx 10-15 years) last August and have been on multiple antibiotics ever since. Diagnosed after 4 days in ICU for Sepsis. I have been having chest pain off and on for several years, and could not identify if it was related to lungs or heart, since I also get costochondritis. Your article has convinced me to see a cardiologist – the discomfort I’m currently feeling has been persistent over the last 4-5 days. Thank you!

Most carditis cases have been early. They have looked much at cardiac issue years after onset. I am happy to hear you are including a cardiac evaluation..

My husband passed away unexpectedly July 15, 2015 in Minnesota. With the help from the Minnesota Dept of Public Health and CDC is was discovered in biopsy of his heart to be Lyme’s Carditis.

Sorry for your loss. Thanks for sharing. BTW I grew up in Minnesota.

Thank you for your detailed analysis and summary of the article on lyme carditis.

wpDiscuz
21
0
Would love your thoughts, please comment.x
()
x
| Reply
You are going to send email to