Babesia case in the South Bronx 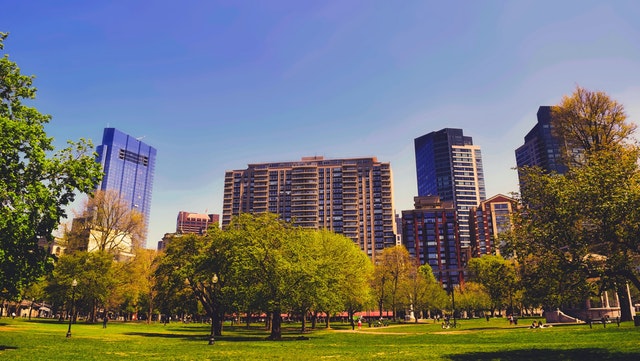 Last week, New York City (NYC) officials issued a health advisory, calling on physicians in the city to be on the alert for patients with tick-borne diseases, as the number of cases continues to rise. Since 2000, the number of tick-borne disease cases in NYC has steadily increased, with fluctuations from year to year. But between 2016 and 2017, cases of anaplasmosis and babesiosis more than doubled in all boroughs except Queens. And last year, the first case of anaplasmosis transmitted through a blood transfusion was reported in NYC.

While many of these cases may be due to infections acquired when travelling to regions outside of New York City, it is important for clinicians to consider tick-borne diseases in their differential diagnoses in patients living in urban areas. The importance of this is reflected in a recent case study entitled, “A Walk in the Park: A Case of Babesiosis in the South Bronx.” [1]

The authors discuss the case of a 66-year-old man who was admitted to a hospital in the South Bronx for presumed sepsis. The man had a history of hypertension, insulin-dependent diabetes, hyperlipidemia, and chronic kidney disease. His symptoms included dyspnea and weakness. He also had chronic swelling of his bilateral lower extremities.

Doctors should consider tick-borne diseases in patients even when they live in urban areas. Click To Tweet

He had a fever of 100.76°F; a respiratory rate of 18; a grade two systolic ejection murmur, and +2 pitting edema bilaterally without calf tenderness. His laboratory tests revealed a mild anemia, mild transaminitis (AST and ALT), and thrombocytopenia. 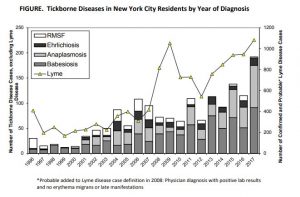 In New York City, the number of cases of anaplasmosis and babesiosis has more than doubled in the past year. (2016-2017)

“He was persistently febrile on the medical floor with a maximum temperature of up to 39.4°C despite treatment with broad spectrum antibiotics,” writes Hajicharalambous and colleagues from Saint Barnabas Hospital Health System, Bronx, New York.

On day 2, his condition worsened. His hemoglobin dropped significantly from 10.3 gm/dL to 6.0 gm/dL. His renal function worsened to a Cr of 10.4 milligrams per deciliter. His thrombocytopenia dropped from 88,000 per microliter to 66,000 per microliter. His transaminitis rose slightly. He was hemolysing with a reticulocytes of 2.7% and a lactate dehydrogenase of 631 IU/L.

“Upon further questioning, the patient stated that three weeks prior he had been at a local state park for a day trip,” writes Hajicharalambous. But he did not recall a tick bite.

The diagnosis was changed from sepsis to Babesia. “Atovaquone was added to the patient’s medication regimen with improvement in both clinical status and renal and hepatic function,” the authors explain. “On hospital day seven, he was discharged home in stable condition without sequelae from illness.”

The authors urge physicians to consider tick-borne diseases in patients living in urban areas. “Although an urban setting is not typically associated with babesiosis, obtaining a travel history is critical and may serve as supporting evidence of infectious etiology.”

An early diagnosis “can facilitate initiation of correct treatment in hope to hasten the complications of severe parasite load.” Furthermore, the authors point out, “The threshold to ordering a peripheral smear should be low and considered as a concomitant test with Lyme titers.”

B. burgdorferi, the pathogen that causes Lyme disease, is widespread in New York City metro area

“Urban” ticks carry B. burgdorferi and B. Miyamotoi

2 Replies to "Babesia case in the South Bronx"