“Urban” ticks carry B. burgdorferi s.l. and B. miyamotoi 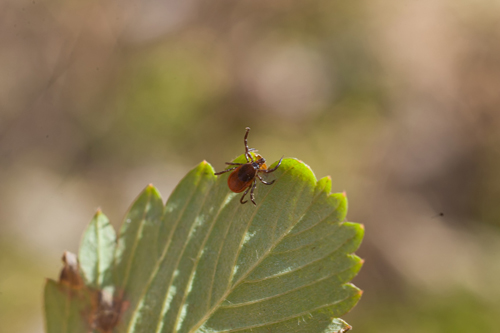 Ticks seem to be popping up everywhere. B. garinii, B. valaisiana, B. afzelii and B. miyamotoi-infected ticks have been found in urban- and peri-urban areas of southern England, according to a recently published paper in Ticks and Tick-borne Diseases. [1]

Questing ticks were collected from grassland, hedges, parks, woodland and woodland edges in Salisbury, an urban area located in Wiltshire, England. Ticks were identified at over 50% of the 25 sites surveyed.

Furthermore, investigators reported that the collected ticks carried two pathogens posing a health risk to the public. The “DNA of Borrelia burgdorferi s.l. was detected in 18.1% of nymphs collected across the 25 sites during 2013 and 2014,” explains Hansford from Medical Entomology & Zoonoses Ecology, Public Health England, UK.  “Two nymphs also tested positive for the newly emerging tick-borne pathogen B. miyamotoi.”

The authors’ report a greater prevalence of B. burgdorferi-infected ticks in 2014 versus 2013 with nymphs active all three seasons but with greater intensity in the Spring. B. garinii was found in 42% of the ticks, while 36% were infected with B. valaisiana. [1]

The repeated presence of nymphs ─ males and females ─ in 5 sites supported the authors conclusion that urban Borrelia transmission cycles may exist in some of the urban green spaces. A tick “hot spot” was described at one site based on a high number of ticks and the presence of all stages.  At another site, the ticks may have been introduced by a surrounding rural space. [1] The greatest number of ticks were found in the woodland edge.

Both birds and dogs may play a role as transporters of ticks into urban habitats. 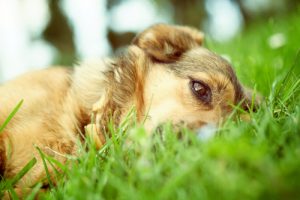 “During the current study, dogs appeared to be walked across a number of green space habitats on the same day and many survey sites were part of regular walking routes for dogs and their owners. Dogs, therefore, may act as adequate transporters of ticks both into and between urban habitats,” explains Hansford.

The expansion of infected ticks into urban areas has been a concern in the USA, as well. In a 2007 article entitled “Lyme disease in urban areas, Chicago,” Jobe and colleagues write, “The high percentage of infected adult ticks identified in this survey highlights the need for physicians in the Chicago area to become familiar with this recommendation, especially considering the high likelihood that nymphal I. scapularis ticks are similarly infected.” [2]

Whether in the USA or England, ticks are on the move, expanding into more populated regions with recreational spaces frequented by the public and, in turn, posing an ever-present threat to our health.

No Replies to "“Urban” ticks carry B. burgdorferi s.l. and B. miyamotoi"