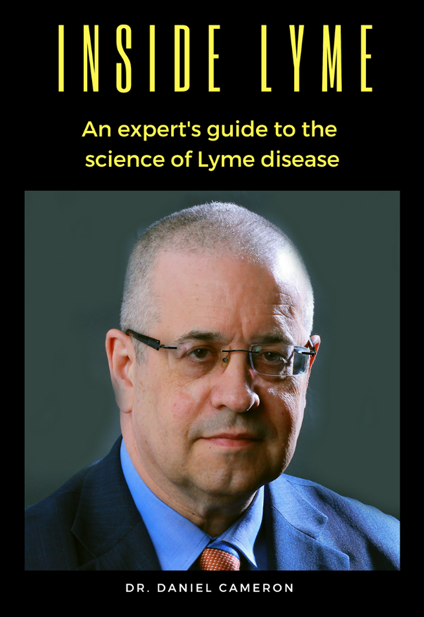 An Expert’s Guide To The Science Of Lyme Disease

Scientists seem to have opened Pandora’s box with the discovery of Lyme disease. We now know ticks were present millions of years ago and that Borrelia spirochetes have been infecting humans for thousands of years.
This book examines the findings of leading researchers in this battle between Lyme disease and Medicine. When Pandora spilled the ills from her box (or if you are a purist, her jar), something remained behind, and that was hope. And the goal of this book, Inside Lyme, is to capitalize on hope.

What you will learn

If you want to know where ticks are lurking, that’s an easy one. Pretty much everywhere. They’ve been reported around the world, including in nearly every state in the continental United States. Ticks prefer rural areas with abundant vegetation, but they also thrive in big-city green spaces. They’re spread by humans, deer, dogs, birds, lizards, even hedgehogs. In the discussions that follow, you’ll learn about the many species of ticks that carry Lyme and related tickborne diseases and the recent explosion of ticks in unexpected regions of the country.

Lyme disease and related tickborne illnesses are infecting people across the United States, but some regions are harder hit than others. Locating Lyme disease hot spots helps put doctors and patients on alert for recognizing symptoms as well as taking preventive measures. The first discussion below proposes an unexpected way to predict where the illness is likely to spike, by mapping the diagnoses of Lyme disease in dogs.

Lyme disease and other tick-borne illnesses might make themselves known with the appearance of a circular rash with a spot in the center (commonly called a bull’s eye rash) and a bout of flu-like illness. The patient may recall being bitten by a tick in the recent past. If he or she sees a doctor promptly, antibiotics are prescribed and the infection has the best chance of clearing. But many patients don’t connect those early symptoms, or may not have them, and the disease appears to resolve on its own. Too often though, in a month, a year, or several years, the disease reappears with far more serious complications. These include severe arthritis, fatigue, heart disease, neuropathy, depression, and cognitive deficiencies that mimic dementia. Lyme complications often then become chronic, particularly if they’re undertreated or treated too late.

The debilitating fatigue, arthritic pain, cognitive impairments, and other complications of chronic Lyme disease can come and go for many years, sometimes for a lifetime. These discussions examine some of the consequences of delayed treatment and undertreatment, including the soaring financial costs and preventable pain and suffering many patients bear.

Accurate, timely tests for Lyme disease, and especially for the more recently discovered related diseases like Babesia, are sorely lacking. Even the ticks themselves can be poor predictors of the infections they spread. The result: Lyme disease and its tick-borne cousins are often misdiagnosed for other illnesses. And some physicians don’t even test for Lyme when symptoms should raise strong suspicions of the disease. The discussions that follow look at the vexing performance of available tests and at some of the conditions mistakenly diagnosed when Lyme disease is the true culprit.

Prompt diagnosis of Lyme and related diseases matters. The longer patients go without diagnosis and treatment, the more likely their disease will get worse and persist longer. Given the limits and unreliability of available tests, it’s expected that diagnosing Lyme disease and related tick-borne illnesses is a difficult task. Diagnosis is further complicated by co-infections, with symptoms that mimic other common diseases. As the discussions show here, practicing physicians often must rely on their clinical judgement, and good communication with their patients, to diagnose this exasperating disease.

As if the challenges of diagnosing and treating Lyme disease weren’t enough, some medical professionals continue to ignore or minimize its existence. They insist that chronic Lyme disease is a myth, and that any case of Lyme or related tick-borne disease can be successfully treated with a single short course of antibiotics. Just as diagnosis and treatment of this complex disease depends on good communication between doctor and patient, resolving conflicts in the medical community demands better dialogue between doctor and doctor.

Researchers continue to seek a better understanding of just how Lyme disease and its co-infections damage the body in an effort to design better treatment protocols. These researchers especially want to know why some patients suffer chronic symptoms despite having treatment for a tick bite. The conversations which follow look at laboratory studies designed to understand how Lyme bacteria respond at a cellular level to unusual combinations of drugs. There are also studies which aim to help develop retreatment protocols for the chronic neurologic diseases Lyme patients wrestle with. Finally, researchers continue to examine treatment options in an effort to find the most effective ways to manage chronic Lyme disease.

Children make up about a quarter of all Lyme disease cases reported each year. And if kids develop chronic Lyme disease, they potentially face a lifetime of suffering. The following conversations focus on concerns which impact children hardest: difficulties of diagnosis, the need for prompt, aggressive treatment, and the importance of prevention.

Readers will find of particular interest, two case studies highlighting kids with behavioral and psychiatric symptoms resulting from infection, which were initially misdiagnosed as typical challenges of childhood.

What makes ticks tick? With the explosion of tick-borne diseases in the United States and worldwide, researchers have been learning more and more about tick behavior and what we can do to prevent infection. The following discussions address practical questions: How easy is it to pick up a questing tick? How long must a tick be attached to infect you? Can ticks jump from your dog to you? How do you kill a tick? And plenty more intriguing topics.

Researchers continue to study how our body systems respond to the pathogens set loose by the bite of a tick. Why does the immune system respond as it does to early Lyme disease? Why does the brain exaggerate responses to painful stimuli in some patients? Can the speed of Lyme bacteria be slowed down? These discussions concern research at the very forefront of medical science, and could eventually lead to a cure. 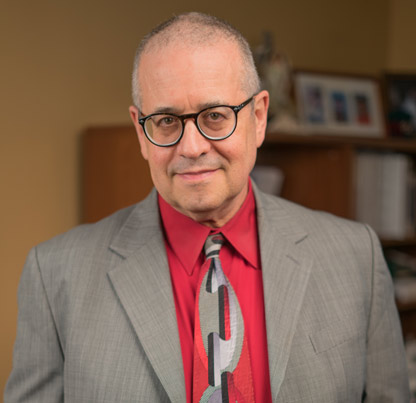 Dr. Daniel Cameron is an expert in the diagnosis and treatment of Lyme and tickborne diseases. He received both a medical degree and masters degree in epidemiology from the University of Minnesota. He completed a medicine residency at Beth Israel Medical Center and a community and preventive medicine residency at Mt. Sinai Hospital, both in New York, N.Y.

His leadership activities include two terms as president of the International Lyme and Associated Diseases Society (ILADS), and lead author in the society’s two evidence-based treatment guidelines. Dr. Cameron has practiced medicine for more than 30 years in Mt. Kisco, N.Y. He is a Lyme disease expert, writer, and public speak.

What people are saying

This book has lead me to understand that Lyme disease is not just in the United States but is also located all over the world. There have been immense amount of research and studies done with over 500 candidates who were doing a hike and out of all 500 personals everyone collected about 535 ticks off their bodies. It is really shocking to know that we cannot underestimate the places we live or vacation. We never know where tick (nymphs or larva’s) lie.

It is amazing to know that “patients with Lyme Disease have presented with neuropsychiatric symptoms” such as bipolar disorders, panic attacks, depression and dementia. However, this does not limit children who are also affected greatly by Lyme Disease.  From reading this book you understand that they also suffer from “forgetfulness, declining school performance, headache or fatigue.

If you want to understand the complexity of Lyme disease and the broad range of illnesses it can cause then this book is a must read. Dr. Cameron takes an in-depth look at studies exploring everything from novel ways of tracking ticks to the explosion and dangers of newly emerging tick-borne diseases.

Dr. Cameron is a truly compassionate doctor who understands Lyme disease patients.  It was refreshing to read a book that summarizes in an easy-to-understand manner topics that are important to both patients and physicians.

There is so much conflicting information printed about Lyme disease and other infections transmitted by ticks, it is nice to finally have a book that presents information that is supported by scientific studies.