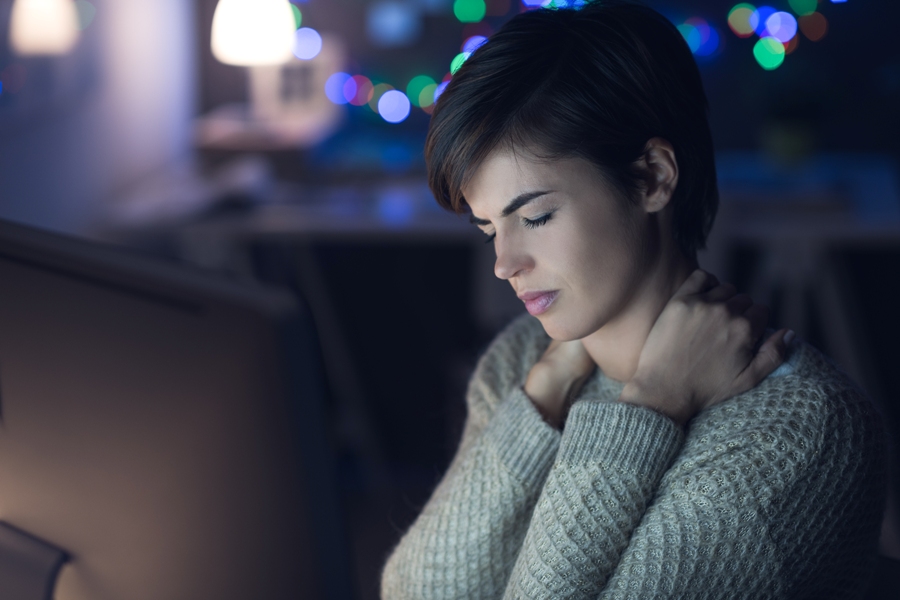 “This is the first study to investigate the presence of B. miyamotoi antibodies in a clinical population experiencing persistent symptoms and suspected tick-borne illness,” writes Delaney and colleagues from Columbia University Irving Medical Center. [1] According to the findings, Lyme disease patients testing positive for Borrelia miyamotoi were more likely to present with sleepiness and pain.

Borrelia miyamotoi (BM) is another tick-borne pathogen and “unlike Lyme disease, erythema migrans rash, and arthralgias are uncommon,” the authors write in the journal Frontiers in Medicine. The infection is diagnosed with polymerase chain reaction (PCR) called glycerophosphodiester phosphodiesterase (GlpQ) enzyme immunoassay.

Investigators looked at the incidence of BM in 82 patients who were seeking a second opinion regarding persistent symptoms which included fatigue, pain, neurocognitive, and psychiatric problems.

In their study, 1 out of 4 Lyme disease patients tested positive for Borrelia miyamotoi, using a GlpQ test. The BM positive group were significantly more likely to suffer from sleepiness (according to the Epworth Sleepiness Scale) and from pain, as measured by the McGill VAS Pain Scale, and Zung Anxiety Scale.

“Compared to patients who solely tested positive for Lyme disease antibodies, patients with B. miyamotoi antibodies presented with significantly more sleepiness and pain,” report the authors of a new study. Click To Tweet

Eight patients with Lyme disease and Borrelia miyamotoi were hospitalized.  “Eight of 21 (38%) reported hospitalization (seven medical and one psychiatric) since symptom onset, three for cardiac and two for neurologic abnormalities,” according to the authors.

All of the patients, except for one, with Lyme disease (LD) and Borrelia miyamotoi were treated with antibiotics.  “All 21 received prior antibiotic treatment, of whom 20 received at least 2 weeks of doxycycline or amoxicillin.”

Five of the 21 patients with LD and BM lived outside of the with Northeast/Mid-Atlantic states. “Two lived in California, two lived in Florida, and one lived in Illinois.”

The study found that clinicians are not testing for Borrelia miyamotoi, as only 1 out of the 82 study participants were tested for the infection.

Furthermore, clinicians were often dismissive of a tick-borne illness.  “Many patients reported that their clinicians dismissed the possibility of tick-borne illness both at the onset and during the course of their illness and attributed symptoms to psychological stress,” writes Delaney.

The authors raise a public health concern: “In Lyme disease, delayed diagnosis and treatment is associated with prolonged symptoms. The same may prove true for B. miyamotoi disease.”

Editor’s note: A co-infection with Borrelia miyamotoi may explain why some Lyme disease patients are sicker than others. Unfortunately, there are still problems with the reliability of  testing for Borrelia miyamotoi.  There is also uncertainty over the best treatment approach for the infection.

I had a tick bite while visiting my daughter who lives in France (August 2013). I knew a little about Lyme Disease in Canada where I live but not France. Turns out the rash is different, the species of Borrelia is different, and so I ignored it. Once home a week later I began to have sweats and chills with no other symptoms. In another week I was having brain fog, headaches, fatigue. I told my naturopathic doctor and he sent me to a Lyme specialist MD in the USA. I was put on 3 antibiotics all at once plus an anti-yeast. I got better and tapered down the antibiotics under this doctor’s direction. I relapsed and 2 more times I tried to taper off the antibiotics and relapsed again. Since then, I take my antibiotics and am very careful about the food I eat. This means not eating sugar starch (starch is repeating glucose units ie. sugar). Meat and non-starchy vegetables make up most of my diet – good thing I like cabbage, broccoli, zucchini (squash family) and other cabbage family vegs. I do eat very small amounts of other squash- family vegs. which are dense in starch. I eat very small amounts of fruit steering clear of normal serving and being aware of the differences in sweetness (sugar) in the types of fruit. It seems that the fruit-growing industry is breeding fruit to make them sweeter. I used to buy tart apples – can’t find them any more.

Dr. Cameron, do you think borrelia miyamotoi is likely to be treatable by some of the newer, experimental borrelia treatments, e.g. disulfiram, methylene blue, daptomycin, etc?

It is hard to study borrelia miyamotoi treatment as there or typically other tick borne infections from the same tick. It is too early to tell what is the best treatment.

In early summer 2006, at 45, while on vacation at a rural and heavily forested lake property in northern Ontario, I had a very large bullseye rash above one knee. At the time I assumed it was a very bad reaction to poison ivy as I was always planting and weeding outdoors. It was never investigated or treated. It wasn’t until 2014 I requested a Lyme test from my American RA doc as I made a connection to the former rash and recent news about Lyme. American doctors have been dismissive even though they are aware of my severe debilitating chronic fatigue for well over a decade, joint, memory, heart and periodic swollen lymph node issues no one can account for. Since I have been suffering from a multitude of ailments for 15 years now, and an antibody test in 2014 came back negative, no Dr takes this seriously. The interesting thing is, on the rare occasion I was on a two or three week course of clarithromycin for any bronchial infection, I felt totally normal again afterward for a very short period of time, until I pick up another infection or allergies start up again. I made this connection but again, docs ignore it. Since I was never treated initially, is there any hope for recovery or help for me? I’ve lost out on the last 15 years of my life due to the horrible fatigue. I recently got modafinil to help wake/energize me but is this my only choice, and to individually treat each symptom for the rest of my life? Is this what others go through? Advice?

The laboratory tests for Lyme disease and co-infections are not as reliable as we would like. I advise my patients to seek a second opinion from a doctor familiar with Lyme disease when the tests are negative. I also have to look for other illnesses.

I had a tick bite years ago. A round rash appeared and I went to four doctors who laughed at the probability of Lyme Disease. I have suffered much these past years…paralysis, numbness, neuropathy, backache, fatigue, surgeries, etc. Lately, I have read of many cases of Chronic Lyme Disease.