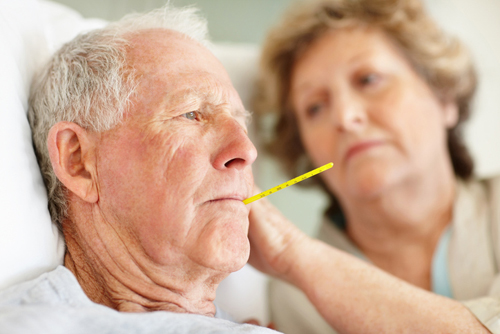 Despite having the genetic apparatus, B. miyamotoi typically does not manifest with a relapsing fever. “Although evidence of antigenic variation, which drives the relapsing course of other relapsing fevers due to borrelia has not been demonstrated clinically or in an animal system thus far for B. miyamotoi [2], it has been shown that this species does have the genetic apparatus for this variation,” according to Sudhindra from the Division of Infectious Diseases, New York Medical College. [3] 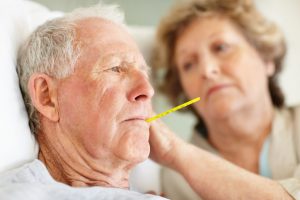 All but one of the 51 individuals in the case series presented with a fever. They did not, however, suffer from recurrent fevers. According to Sudhindra, “The low percentage of cases with a relapse of fever may be due to the frequent use of empiric antibiotic therapy early in the course of febrile illnesses in patients with tick exposures.” [3]

The individuals exhibited symptoms similar to those found in other tick-borne illnesses. The majority presented with headaches, myalgias, arthralgias, and malaise/fatigue. “More than 50% were suspected of having sepsis, and 24% required hospitalization,” states Molloy. [1]

The B. miyamotoi were identified as part of an active detection protocol among acutely ill patients in Massachusetts, Rhode Island, New Jersey, and New York. The researchers initially identified cases of B. miyamotoi by whole-blood polymerase chain reaction (PCR) for common tick-borne infections. B. miyamotoi was confirmed based on an immune response to a recombinant glycerophosphodiester phosphodiesterase (rGlpQ) protein. [1]

The rGlpQ test was negative for most of the cases of B. miyamotoi when initially treated. “Serologic testing using the rGlpQ EIA seems insensitive in diagnosing acute BMD infection given that it was positive for IgG or IgM in only 16% of the case patient samples at the time of clinical presentation,” states Molloy. The rGlpQ was positive after the fact in 86% of the patients during convalescence. [1]

Elevated liver enzyme levels, neutropenia, and thrombocytopenia were common in 75%, 60% and 51% respectively. “Borrelia miyamotoi disease may be clinically similar to or be confused with human anaplasmosis,” according to Molloy.

Read more about Borrelia miyamotoi in another All Things Lyme blog.