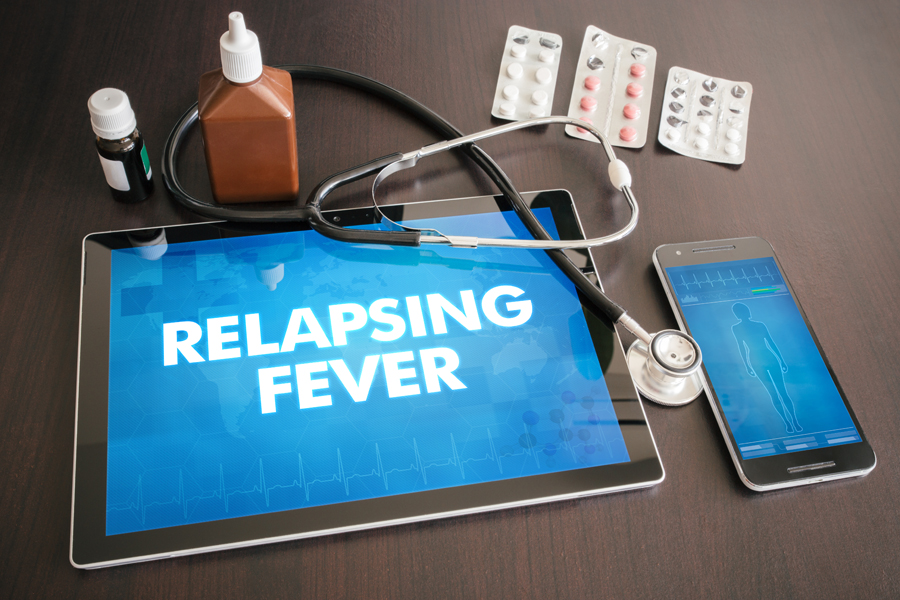 Borrelia miyamotoi may be a disease you have never heard of. But the threat of this tick-borne illness is very real. First described in Japan in 1995, this emerging infectious disease is transmitted by the same blacklegged tick which carries the Lyme disease pathogen. In “Antimicrobial susceptibility of Borrelia miyamotoi,” researchers examine the effectiveness of several antibiotic regimes in the treatment of HTBRF.

In the United States, as many as 15.4% of the blacklegged ticks were found to be infected with B. miyamotoi, compared with up to 4% in Europe and Japan, according to Koetsveld from the Center for Experimental and Molecular Medicine, Academic Medical Center, Amsterdam, the Netherlands. [1]

Meanwhile, “Seroprevalence studies in New England suggest that B. miyamotoi infection may be as common as anaplasmosis and babesiosis,” write the authors of one study. The researchers randomly tested 250 individuals living in Manitoba, Canada and found that 10% were seropositive for B. miyamotoi. [2]

“Recurrent fever episodes have only been observed in 10% [of the cases] and spirochetemia is calculated to be low in patients infected with B. miyamotoi,” Koetsveld explains in Antimicrobial Agents Chemotherapy. [1]

Fever episodes last for three days and are accompanied by flu-like symptoms such as headache, chills, abdominal discomfort, arthralgia and myalgia.

So, how do we treat this difficult to diagnose condition?

Until now, there have been no treatment guidelines for B. miyamotoi and regimes have been empirically based on the treatment for Lyme disease. “The antimicrobial susceptibility of B. miyamotoi has not yet been elucidated, due to difficulties with cultivation of B. miyamotoi spirochetes in vitro,” according to Koetsveld.

“In this study we describe, to our knowledge for the first time, in vitro susceptibility of B. miyamotoi to the most commonly used antibiotics” in the treatment of B. miyamotoi and Lyme borreliosis.

The study authors demonstrated that B. miyamotoi is susceptible to doxycycline, azithromycin, and ceftriaxone but resistant to amoxicillin in vitro. The next step would be to show whether these drugs work in patients.

Note: This article was originally published July 19, 2017. It has been updated with new content.

I was diagnosed with Borrelia miyamotoi and a M. pneumoniae co-infection via urinalysis (DNA Connexions) in October 2018. This was after five months of episodes that presented like a heart attack: heart racing/palpitations, left arm/neck/jaw numbness, chest and back pain, dizziness, nausea. I was in the ER six times and hospitalized twice. I went to three cardiologists, had countless tests and monitoring performed. One diagnosed “Inappropriate Sinus Tachycardia,” but another (more reputable) cardiologist disagreed, and felt that, despite episodes of heart rate up to 154 bpm, I was not in danger. This cardiologist suggested a neurological abnormality of some sort; perhaps something with the autonomic nervous system. My symptomatic episodes were so frequent and so severe that they drastically interfered with my quality of life. I was a weightlifter and runner; that all went by the wayside, since exercise would exacerbate the symptoms so severely. My husband and I own a small antiques business that we put our time into on evenings and weekends; I became physically unable to keep up with the demands of that work, so we have been running on the bare minimum there. I became so anxious about having an episode in public that I did not want to go out, which made both our social life and everyday tasks impossible. I saw an endocrinologist, a hematologist, and a neurologist, none of whom could diagnose anything definitive. I became pregnant in September (after a year and a half of trying–we had all but given up, and had decided to wait until my illness was diagnosed and treated!), and began to more aggressively pursue a potential Lyme diagnosis, since nearly every doctor had asked, “Have you been tested for Lyme?” I had been tested, but the traditional tests were coming back negative. This urinalysis came back positive, but my PCP was unwilling to treat me due to the “nontraditional nature” of the test and my pregnancy. Thankfully, when I saw my OB in December for my second prenatal appointment, and showed the results of the urinalysis to him, he felt it was worth trying to treat me, since he was able to choose antibiotics that are pregnancy-safe. He consulted with an infectious disease specialist, and has been switching me between Zithromax and Ceftin for ten weeks. I initially had what I believe was a Herxing-type reaction–two days of normalcy, then six days of marked worsening of symptoms,… Read more »

It can be difficult to find a medications for tick borne infection during a pregnancy. BTW I have been waiting on more information of the reliability of the urinalysis (DNA Connexions) before I rely on the test.

Thanks so much for responding! I do understand there are a lot of questions about the reliability of the DNA Connexions test. It’s just the only test that provided any answers or indicators of how to treat my symptoms. I have finished my last course of antibiotics (Zithromax) as of today, for a total of 11 weeks on antibiotics. My symptoms have been relatively stable the past six weeks. Am apprehensive about stopping antibiotics, but will be interested to see how my body reacts.

I was sick with what I thought was the flu in February of 2018. I generally don’t get the flu or the flu vaccine. I thought it was a little strange I was actually laid up in bed for almost 6 weeks with typical flu symptoms. I hadn’t had the flu since I was about 21 years old I am now 58. I didn’t feel well after the 6 weeks. And continued not feeling well. And my husband kept telling me to go to the doctor. I don’t go to the doctor very often because I have been misdiagnosed over the years with multiple things that I did not have. My husband’s Health was not the greatest. So I was pretty much focused on him. June of 2018 he passed away in my arms. That obviously through my whole body into a tailspin. I lost close to 30 pounds because of nauseousness shaking heart racing dizzy spells and insomnia. I have had multiple tests performed and everything kept coming back . I was told it was just stress. I was bit on three separate occasions by ticks the latter part of 2017. And I didn’t connect I need the symptoms with it. I went to another doctor. And he took a test for Borrelia Miyamotoi which came back positive. He also took a test for Lyme’s which came back negative. He said generally when the companion bacteria comes back positive the Lyme’s will come back as a false negative. Which means I have both. I have been going through a living nightmare for a year. I was put on doxycycline which I could not keep down because of the nausea. The doctor then prescribed amoxicillin for one month which also made me nauseous but I kept taking it. I don’t believe that the antibiotic cured it. Because I am still nauseous my heart still races I still shake uncontrollably from head to toe my vision is intermittently affected and I still have no appetite and have insomnia which I never had before. I live in New Jersey if anyone has any insight working guide me in the right direction it would be greatly appreciated.

Your story is all too common. I face the same challenges in my practice. You may want to look further e.g. Babesia. You also want to make sure you do not miss another illness.

I too was diagnosed in 2015. I’m pretty much in a wheelchair.

I was diagnosed with it as well…positive pcr and antibody…been sick for 5 years.

I have Borrelia miyamotoi. It almost killed me! I still suffer terribly with this tick born illness. My blood was sent to a lad in Massachusetts. A standard blood test didn’t pick this disease up. I went to a specialist in NYC. He sent my blood to three different lads. The only lab that picked this up was the Massachusetts lab. Borrelia miyamotoi Has taken 16 months of my life. It’s a very serious!

I was just diagnosed with miyamotoi. How are you doing now, Cindy?

Jen, have you had any treatment for the B. Miyamotoi? are you well now? I am just diagnosed. Any advays? Im from Norway. Have read about the native phage therapy of Dr. David Jernigan but dont know if its for this bacteria.

What Dr did u see? I think my daughter has lymes

Could you please let me know what lab was used in Mass for your blood test? Thanks kat

What medicine have you tried. I just got the diagnose B. miyamotoi. What shall I do? Anything else than antibiotics. I`ve had it for 9 years, I belive.

wpDiscuz
33
0
Would love your thoughts, please comment.x
()
x
| Reply
You are going to send email to