Can Lyme disease mess with your thyroid? 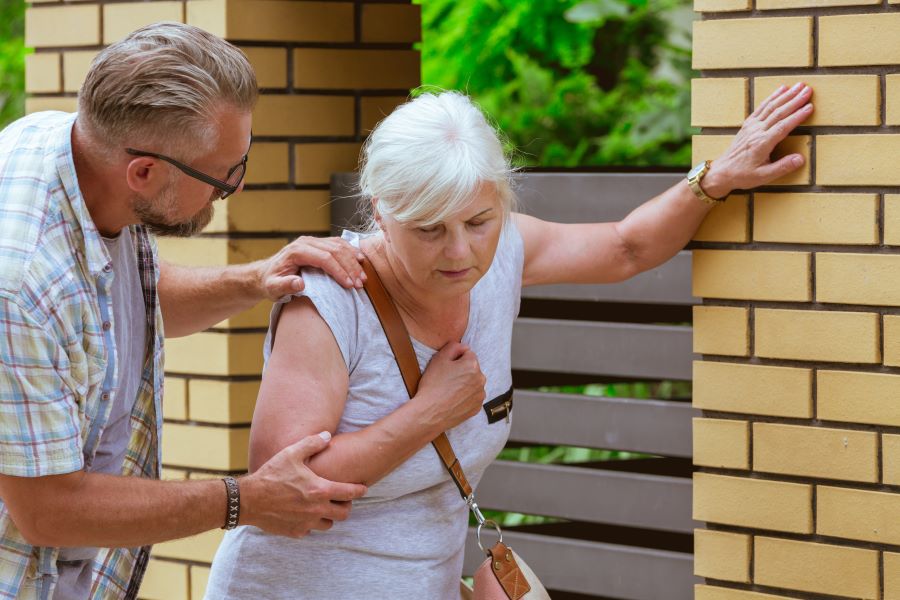 Only a handful of studies have described an association between Lyme disease and thyroid dysfunction, while even fewer have shown Lyme disease to cause both thyroiditis and carditis.

In their article “Coexisting Thyroiditis and Carditis in a Patient with Lyme Disease: Looking for a Unifying Diagnosis,” Zarghamravanbakhsh and colleagues described the case of a 53-year-old woman who was found to have carditis and painless, autoimmune thyroiditis, likely due to Lyme disease.¹

A few days after returning from a trip to Delaware, the woman developed headaches, heat intolerance, near-syncope (a feeling that you may faint), and a 5 x5 centimeter rash on her chest.  Although she did not recall having a tick bite, she had several encounters with deer during her visit to Delaware.

One week later, her symptoms progressed. She reported having shortness of breath on exertion and palpitations.

Initially, the woman was diagnosed with Lyme carditis, after her ECG (electrocardiogram) showed a first-degree AV block.

The woman also presented with abnormal thyroid tests with a high free thyroxine (T4) and low TSH. Her TSH had been normal four months earlier. Thyroid peroxidase antibodies were present but the thyroid-stimulating immunoglobulin was not.

“Her iodine-123 thyroid scan and 24-hour uptake showed a decrease in iodine uptake of 1.2%, consistent with thyroiditis,” wrote the authors.

She was treated with IV ceftriaxone 2 gm/day for presumed Lyme carditis, along with a 3-week course of doxycycline following her hospital stay.

“Autoimmune thyroiditis can be caused by Lyme disease.”

Testing for Lyme disease by Western blot was positive.

“This case report demonstrates the importance of considering Lyme disease as a unifying diagnosis in patients with concurrent carditis and thyroiditis,” the authors wrote.

“In our patient, known exposure to the vector, a classic rash on the chest, improvement in the symptoms, and normalization of thyroid function tests after antibiotic therapy support Lyme infection as a cause of carditis and painless, autoimmune thyroiditis.”

The authors cautioned that thyroid disease can produce false-positive Lyme serology and conduction derangements in the heart.

Lyme myocarditis in patient with no other signs of Lyme disease

Dr Cameron
Another good article. We’ve talk before. My symptoms just keep getting worse. As of late obgyn say my right ovary has a cyst that has grown from 2.5 cm-4 cm. Dr says there is plenty of blood flow in the ovary. Cyst looks like a black whole. Have much pain both ovaries but left was not seen on ultrasound do to prolapse in vaginal wall, bladder and bowel. I’m curious to know what a cyst filled with Lyme or babesia
Would look like.
Also, the night sweats from babesia has turned to day in and day out sweats. Husband gave me a hug during one of these sweat episodes and said honey go take a shower that sweat doesn’t smell right. Made me feel really bad but I understood what he was saying.
Can you please say something that will help me out. Reminder dx with Lyme and babesia in 2007. Had to rounds of doxycycline for treatment. Period.

The cysts that are discussed in Lyme disease a typically microscopic. I advise my patients with visible cysts to have them evaluated. I also advise treatment for Babesia with a drug combination such as atovaquone and azithromycin in case Babesia is the cause of their illness.

I’ve had LD since 1985. Diagnosed in 1999…and I have hypothyroidism. And had low BP for many years, and just recently Diagnosed with HIGH BP! I have had lyme disease for years. Almost every symptom, and misdiagnosed with MS…like many others..thank God I was smart and was able to find a LLMD to get the right treatment.

December 27 2022
I’ve had autoimmune thyroid for over 30 years. My heart was bugging me a lot. Low blood pressure. Tachycardia.
Wasn’t diagnosed with lyme till 3 years ago. By then, my legs were going. I kept fainting.
Still not feeling great.
I used to be a body builder
L. Cassel