Congenital transmission of Babesia, diagnosed in twin at 5 weeks old 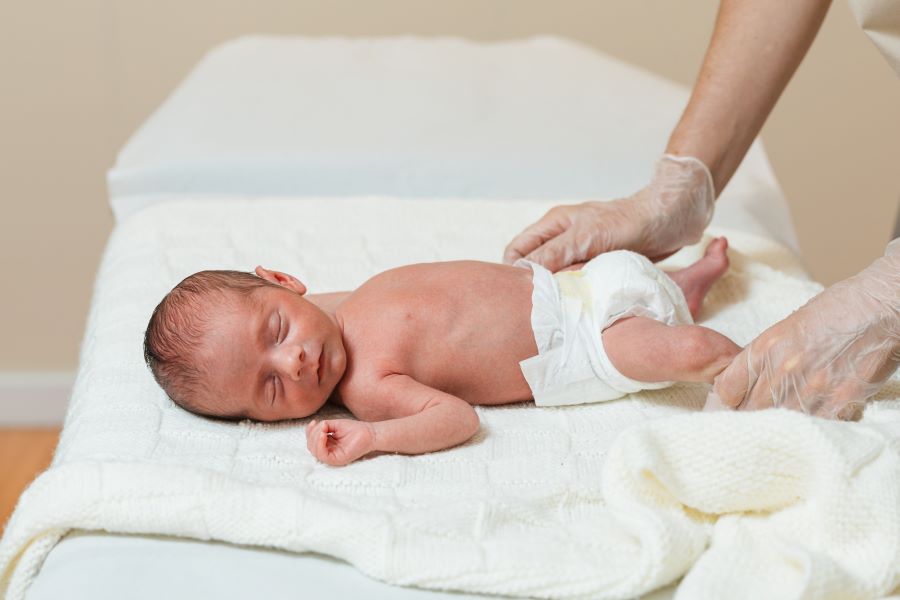 In this case report entitled “A Five-Week-Old Twin With Profound Anemia: A Case Report of Asymmetric Congenital Babesiosis,” the authors describe congenital transmission of babesiosis in a five-week-old twin.[1] The mother showed no evidence of having Lyme disease or another tick-borne illness during her pregnancy.

The patient was born at 36 5/7 weeks by C-section. At five-weeks-old the newborn presented to the emergency department with pallor, increased lethargy and difficulty feeding. The newborn was “more difficult to arouse and very pale compared to her twin brother,” the mother reported. In additionally, “She was feeding with a similar frequency, however, with a decreased duration from 20 minutes to 10 minutes due to fatigue.”

The mother had one febrile illness during pregnancy, “occurring at approximately 23-24 weeks of gestation, which was associated with a maculopapular rash that resolved spontaneously,” according to Walker et al.

Throughout her pregnancy, the mother had made several trips to Cape Cod, Massachusetts, an area endemic for Lyme disease.

At examination, the newborn was “febrile to 100.4°F rectally, noticeably pale, but vigorous with mild tachypnea and tachycardia into the 170s-180s beats per minute,” the authors wrote.

“Because of the profound hematologic abnormalities, a routine thin smear was obtained, which was significant for multiple intraerythrocytic ringed parasites consistent with Babesia microti,” the authors wrote.

The newborn was treated with a blood transfusion, intravenous atovaquone twice daily and azithromycin daily. Within 5 days, her Babesia parasites had cleared.

Her twin brother was negative for Babesia microti, while the mother’s test results revealed Babesia microti IgG of 1:160 and IgM of <1:10, with a negative PCR consistent with cleared infection.

“Although case reports of congenital babesiosis exist, this is the first report describing asymmetric transplacental transmission in twins,” the authors wrote.

Furthermore, they suggest that “Tick-borne diseases, such as babesiosis, should be considered a part of the differential for anemia, thrombocytopenia, and neutropenia in an febrile infant as they are increasing in geographic range due to climate change.”

The case of an untreated Babesia infection
Wide range of Babesia symptoms and presentations: 5 cases
Geriatric Babesia cases are rising and may require longer treatment

Reeeeeally sad that this type of info is only coming out now, when my sons were born in 80’s & 90’s with the exact same problems! Funny how NO doctors other than infectious disease specialists would listen then. Now my grandchildren are going thru this too now. This is NOT…. new INFO…. I am 13th generation Cape Cod & tick illnesses have been here over 100 yrs… get a clue!! The gov’t & docs know.. but WE… don’t all die from these illnesses so.. no big deal right??