Geriatric Babesia cases are rising and may require longer treatment 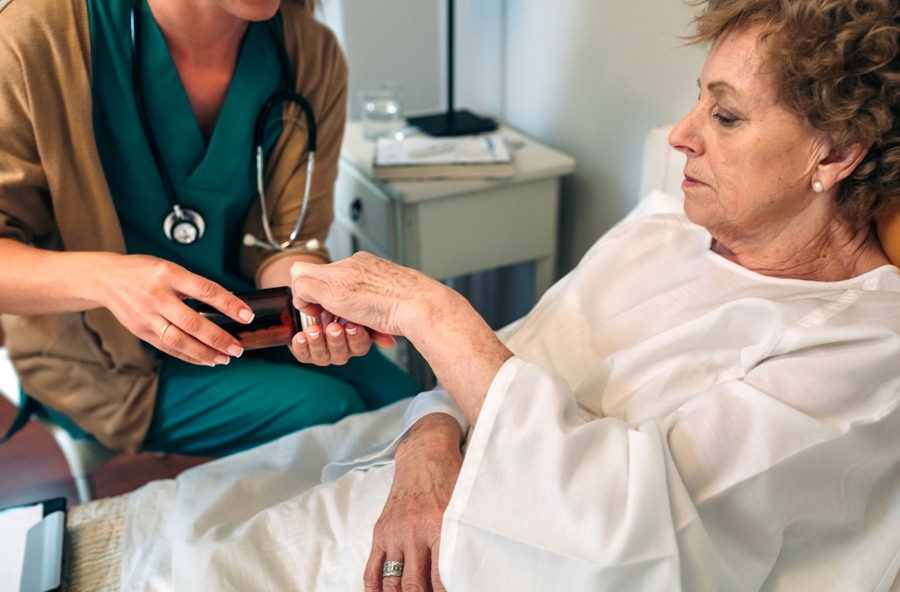 The number of Babesia cases among the elderly in the U.S. appears to be growing. According to a study by Menis and colleagues, published in the journal Open Forum Infectious Diseases, 19,469 Medicare beneficiaries had a Babesia diagnosis recorded between 2006 – 2017, with the highest rates occurring in babesiosis-endemic states. [1]

Most of the cases of Babesia occurred in the Lyme-endemic states of Massachusetts, Rhode Island, Connecticut, New York, and New Jersey, according to the authors. Other states recording Babesia cases included Florida, Pennsylvania, California, Maryland, and Virginia. Some cases of Babesia were also reported in New Hampshire, Maine, Vermont, Minnesota, Wisconsin, Texas, North Carolina, and Illinois.

The most common test used to diagnose Babesia was a blood smear in the institutional setting, wrote Menis in a related paper. [2] The intracellular parasite in the red blood cell clears after a few days. The most common tests used in a physician’s office involved antibody or PCR testing. [2]

Co-infections can be deadly

A Babesia infection can be serious for patients. “Patients co-infected with Lyme disease experienced more symptoms and a more persistent episode of illness than did those (n=10) experiencing babesial infection alone,” wrote Krause and colleagues [3]. In another paper, the authors explain, “Immunocompromised people who are infected by B. microti are at risk of persistent relapsing illness.” [4]

For some patients, including the elderly, Geriatric Babesia cases are rising and may require longer treatment infection can be more serious. “Babesiosis can be life threatening, particularly for persons who are asplenic, immunocompromised, or elderly,” wrote Krause et al. [4]

85-year-old dies from Babesia and Ehrlichia

Javed and colleagues describe the case of an 85-year-old man who died of a concurrent Babesiosis and Ehrlichiosis infection. [5]

He was an avid gardener and golfer in good health except for hypertension. He did not have a tick bite or rash. The man was hospitalized with weakness and jaundice. He had mild anemia, a very low platelet count, a mildly elevated bilirubin, and mildly reduced renal function.

The doctors diagnosed Babesia based on a bone marrow biopsy revealing intraerythrocytic inclusions (tetrads), typical of babesiosis. In retrospective, his admitting bloods from admission revealed parasitemia in 8% of the red blood cells. The Babesia antibody IgM and IgG were positive for Babesia.

The elderly man was treated with IV clindamycin and IV quinine. His anemia worsened despite transfusion of two units of blood and he was transferred to a tertiary hospital for possible exchange transfusion. The doctor added azithromycin but not Atovaquone.

His condition worsened. His oxygen saturation dropped to 84% and he subsequently developed bilateral pneumonia, renal failure, hepatic failure, and a coma. He was too ill to tolerate exchange transfusion.

He died within 60 hours of admission to the tertiary care center.

Post-mortem tests were positive for Human Monocytic Ehrlichiosis, the cause of Ehrlichia. He was never treated with doxycycline, the most commonly prescribed medication for Ehrlichia.

Cases of babesia among the elderly are rising and studies report patients more likely to require longer treatment. Click To Tweet

In another paper, the authors point out that, “Such patients generally require antibabesial treatment for >or=6 weeks to achieve cure, including 2 weeks after parasites are no longer detected on blood smear.” [4]

More than one-third of Geriatric Babesia patients were not treated with anti-Babesia treatment during their evaluation. The study was not designed to determine if the elderly were subsequently treated.

The 2020 Infectious Diseases Society of America (IDSA) guidelines for Babesia highlighted concerns regarding severe Babesia in the elderly. “Numerous immunodeficiencies and comorbidities have been associated with severe babesiosis, including asplenia and hyposplenism, cancer, congestive heart failure, HIV infection, immunosuppressive drugs, and advanced age.” [6]

For immunocompromised patients, we suggest monitoring Babesia parasitemia using peripheral blood smears even after they become asymptomatic and until blood smears are negative. PCR testing should be considered if blood smears have become negative but symptoms persist (weak recommendation, moderate-quality evidence).

In addition, the IDSA guidelines advised longer treatment for immunocompromised Babesia patients. “A subgroup of highly immunocompromised patients reported in a case control study required at least 6 consecutive weeks of antibiotic therapy, including 2 final weeks during which parasites were no longer detected on peripheral blood smear.” [6]

However, some patients can relapse. “A few cases of relapse despite at least 6 consecutive weeks of atovaquone plus azithromycin demonstrate that resistance to atovaquone and/or azithromycin can emerge in highly immunocompromised patients during an extended course of this antibiotic combination,” wrote Krause et al. [6]

Editor’s note: I share the same concerns regarding Geriatric Babesia, and I base the length of antibiotics on the patient’s response to treatment.

Podcast: Confusion in elderly woman with anaplasmosis and babesia infection