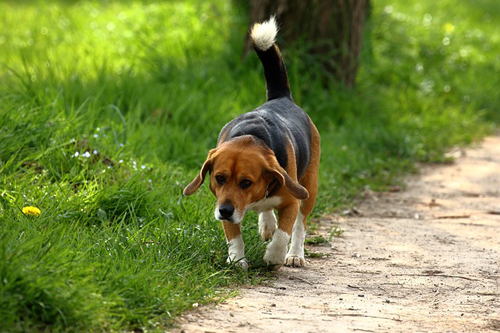 Wouldn’t it be great if the vaccines which prevent Lyme disease in dogs also worked for humans? Have you ever wondered how vaccines keep dogs safe? Izac and Marconi address those questions in their article “Diversity of the Lyme Disease Spirochetes and its Influence on Immune Responses to Infection and Vaccination.” [1]

Lyme disease is the most common tick-borne disease affecting humans and dogs. According to the Companion Animal Parasite Council (CAPC), 319,000 canines tested positive for Lyme disease in 2018. This is up from 160,000 in 2012. In reality, the council says, these numbers are much higher, because data is collected for only 30% of the tests that are run. 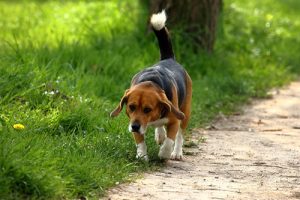 In an effort to keep our pets safe, several vaccines have been developed and are approved for use in dogs. These vaccines include Outer Surface Protein A (OspA) and/or OspC. Why is this important?

The Lyme spirochete produces a protein called Outer Surface Protein A (OspA) in ticks. But when the spirochete infects dogs and humans it changes the OspA protein to OspC.

Recombitek Lyme, produced by Boehringer Ingelheim, is a vaccine which comprises only OspA proteins. The “anti-OspA antibody inhibits transmission from ticks to mammals by targeting spirochetes in the tick midgut,” explains Izak.

LYMErix, the human vaccine was also based on OspA protein. LYMErix was introduced in 1998 but then voluntarily removed in 2001.

Another vaccine, VANGUARD crLyme relies on both OspA and OspC. “A vaccine that induces antibody that can kill spirochetes in both ticks and mammals has the potential to use 2 synergistic mechanisms of protection and thus be less dependent on the maintenance of high circulating antibody titers.”

There is no vaccine available for humans based on the OspA and OspC combination.

Note: The second author of this paper, R.T. Marconi, from the Virginia Commonwealth University Medical Center, has a financial relationship with Zoetis and Global Lyme Diagnostics.

2 Replies to "How do Lyme disease vaccines work in dogs?"