The many presentations of the Lyme disease rash 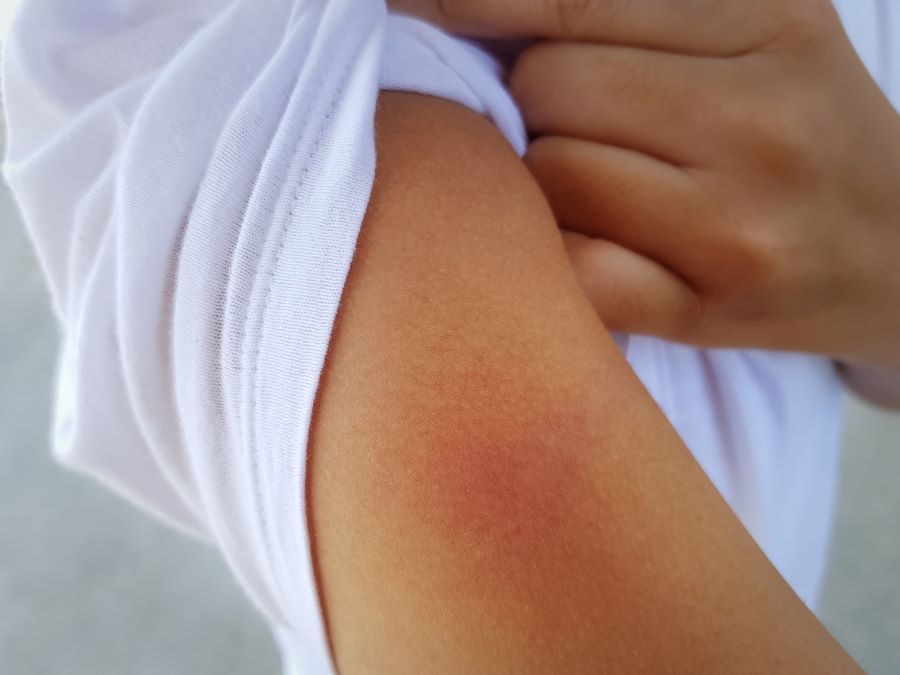 The general public, as well as practicing clinicians often believe that the rash indicative of Lyme disease always presents in a bull’s-eye pattern. This is not correct. In this study, investigators sought to characterize various presentations of the rash in Lyme disease patients, in an effort to assist clinicians in recognizing the broad spectrum of EM lesions.

In the study “The Spectrum of Erythema Migrans in Early Lyme Disease: Can We Improve Its Recognition?,” investigators examined images of lesions from 69 participants, including 43 men and 26 women, suspected to have early Lyme disease.  The majority of participants (83%) presented with a single lesion.¹

The images were retrospectively evaluated by a dermatologist and a family practitioner with expertise in early Lyme disease.

The authors found that 35 lesions (51%) were erythema migrans (EM); 23 lesions (30%) were considered to be possible early EM or tick bite reactions, and 11 (16%) were thought not to be EM, but rather other diagnoses, including ringworm, allergic contact dermatitis, and mosquito bites.

“Only two lesions (6%) were observed with a classic bull’s eye or ring-within-a-ring pattern.”

EM rashes were reported most frequently to appear on the abdomen, thigh, back and hip.

“EM commonly occurs in forms that are not the classic bull’s eye.”

“Only 14 (20%) participants overall had positive laboratory evidence for LD; these included 13 (37%) of the participants with EM-classified lesions,” the authors wrote.

The authors suggest that “education should deemphasize the bull’s eye form and stress the wide variability in EM instead and the fact that many of them present as a uniform, homogeneous lesion.”

Can lyme or any of it’s co-infections cause ones A1c to climb to Diabetic numbers?

There are so many causes for HA1C. I have HA1C rise in some Lyme disease patients who have cut out activity, gained weight, and were not able to follow a diet.

My rash was a huge hour glass shape on my whole torso region. My primary thought it was a fungus and was going to give me a fungicide. I thought better of it and told him it was Lyme related and to test me for Lyme which was confirmed.

I am your doctor was willing to work with you.