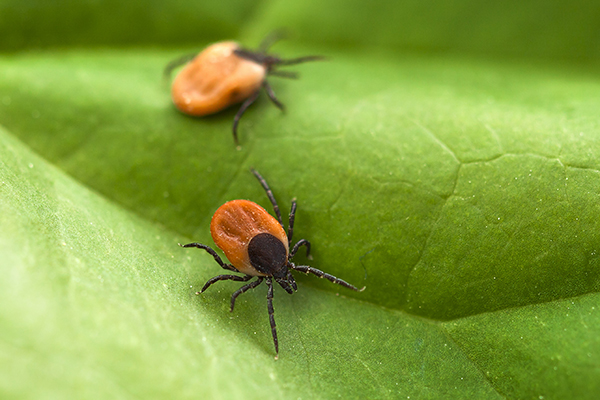 Researchers have suggested that in the United States, northern I. scapularis ticks behave differently from their southern counterparts. In a 2015 pilot study, Arsnoe and colleagues reported that Wisconsin nymphal ticks were 12 times more likely to quest above leaf litter than nymphal ticks from North and South Carolina. [1]

“While questing, ticks hold onto leaves and grass by their third and fourth pair of legs. They hold the first pair of legs outstretched, waiting to climb onto the host,” according to researchers from the Centers for Disease Control and Prevention (CDC). “When a host brushes the spot where a tick is waiting, it quickly climbs aboard.” [2] 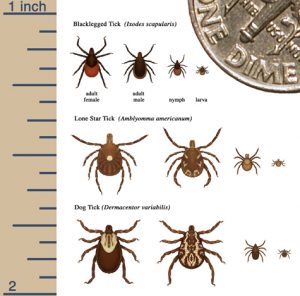 In a recent study, Arsnoe and colleagues looked at the questing behavior of nymphal ticks in Michigan and Tennessee by examining the number of ticks that would climb a wooden dowel. [3]

Why would the southern ticks not climb so high and exhibit lower questing behavior? The authors discussed 3 possible reasons:

If their findings are confirmed that northern ticks do, in fact, behave differently than ticks in the South, the authors have introduced a new concern for residents in that region.

“I. scapularis populations infected with B. burgdorferi s.s. have been detected in four eastern [Tennessee] counties, we speculate that the eastern part of that state has become a transition zone,” writes Arsnoe and colleagues, from the Department of Fisheries and Wildlife at Michigan State University.

This geographic expansion “could lead to increased incidence in southern states of Lyme borreliosis and other diseases vectored by this tick, if the ‘northern’ host-seeking behavior of immigrant nymphs is retained,” the authors explain.

Kentucky is swarming with deer ticks: Over 50% of the counties infested

No Replies to "Northern ‘immigrant’ ticks causing concern in the South"