How long has Lyme disease been around?

Ever wonder how long Lyme disease has been around? Well, scientists now know that ticks were present millions of years ago and that the Borrelia spirochete has been infecting humans for thousands of years. We also now know that a single tick can harbor multiple infectious agents and thus have the ability to transmit various diseases, including Lyme disease.

In an accidental discovery, Professor George Poinar, Jr., a palaeoentomologist and parasitologist, identified ticks preserved in a piece of amber estimated to be between 15 and 20 million years old. The scientist, from Oregon State University, had acquired the amber while visiting the Dominican Republic 25 years earlier. But just recently examined it with a powerful compound microscope.

What he saw was astonishing: tiny fossilized ticks with “ancient bacteria trapped in some of them.” [1] 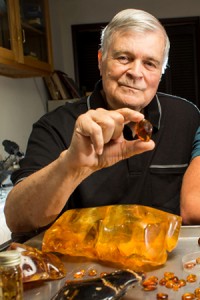 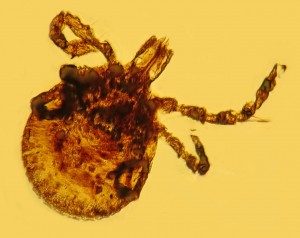 Poinar found spirochete-like cells of Palaeoborrelia dominicana in one of four ticks (Amblyomma sp.) preserved in the amber. [2] He could not, however, “attempt to analyze the ancient DNA to confirm whether or not the bacterium is related to modern Borrelia because those tests would destroy the specimen,” says Nature reporter Rachel Nuwer. “But the bacteria’s morphology and its location within the tick’s alimentary tract indicate that it probably has ties to those notorious pathogens.” [1]

Tick-borne diseases have been infecting humans for thousands of years.

Another accidental discovery dates the Lyme bacterium back at least 5,300 years. Kean and colleagues from McMaster University’s Division of Rheumatology in Ontario, Canada came to this conclusion after examining the bodily tissues of a 5,300-year-old male found frozen in a glacier pool in the Italian Alps (colloquially referred to as the Iceman or Otzi). [3] 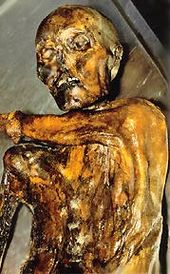 “The genome sequencing of his DNA also identified that he had been infected with the spirochete, Borrelia burgdorferi, the causative pathogen of Lyme disease,” according to Poinar. [2] Ticks have been around for about 200,000 years, as long as humans have been alive, believes Poinar. “I’m sure that they [our human ancestors] suffered from ailments caused by spirochetes carried by ticks.” [2]

Lyme disease may never have been discovered if it were not for the due diligence and concern of two mothers from Connecticut.

“In November 1975 a mother from Old Lyme, Connecticut, informed the State Health Department that 12 children from that small community of 5,000, four of whom lived close together on the same road, had a disease diagnosed as juvenile rheumatoid arthritis (JRA),” wrote Dr. Alan Steere in Arthritis and Rheumatism. “During the same month, another mother from the same community reported to the Yale Rheumatology Clinic and to the Health Department that she, her husband, two of their children, and several neighbors all had arthritis. Again most of the children were thought to have JRA.” [4]

As researchers began investigating the cases, they would open what could arguably be called a Pandora’s box of tick-borne diseases.

Steere and colleagues studied 51 residents from three contiguous Connecticut communities — 39 children and 12 adults — who developed an illness characterized by recurrent attacks of asymmetric swelling and pain in a few large joints, especially the knee.

“Several adults described episodic symptoms not necessarily associated with documented arthritis, such as severe headache, periorbital edema, malar or photosensitive maculopapular rash, or swelling of the hands or feet,” according to Steere and colleagues. “In addition, seven adults noted profound fatigue and hyperesthesias, sometimes persisting for months after the arthritis had gone.” [4]

Recurrences and remission were commonplace among this first cluster of cases. “Recurrences were usually short (median: 1 week) and separated by much longer periods of complete remission (median: 2.5 months). However, even in an individual patient, both the duration of recurrent attacks (up to 4 months) and the interval between them (up to 23 months) were highly variable and therefore unpredictable,” wrote the authors. [4]

Since the discovery of Lyme disease, an ever-growing number of pathogenic Borrelia species have been identified.

Soon after, in 1992, two additional genospecies — Borrelia garinii and Borrelia afzelii — were identified in Europe and Japan. [6] In a 2016 issue of The Lancet Infectious Diseases, John Scott likened the growing number of species to prying open a Pandora’s box of spirochetes. [7]

In addition to identifying numerous species of Borrelia, researchers are finding an ever-increasing number of infectious organisms (co-infections) within the same tick, such as Ehrlichia chaffeensis, the etiologic agent of human monocytotropic ehrlichiosis (HME) and A. phagocytophilum, which causes human granulocytotropic anaplasmosis (HGA).

Babesia microti was first recognized in Connecticut in 1989, nearly 15 years after Lyme disease. [12] In a European study, Bartonella henselae was present in 40% of ticks. [13] Bartonella in the tick has been difficult to study since it’s best known as the agent underlying cat scratch fever acquired through feces of mites on cats. [14]

Multiple diseases have been described following a tick bite.

Studies indicate chronic neurologic abnormalities were documented in patients 1 month to 14 years after the onset of Lyme disease and were characterized by memory loss, mood changes, or sleep disturbance. [15]

Lyme encephalopathy patients presented with “mild to moderate cognitive impairment and marked levels of fatigue, pain, and impaired physical functioning,” according to Fallon et al. from the Department of Psychiatry, College of Physicians and Surgeons, Columbia University. [16]

Thirty-six percent of patients treated with 3 weeks of doxycycline for an erythema migrans rash suffered from Post-Treatment Lyme Disease Syndrome (PTLDS). [18] “At 6 months, 36% of patients reported new-onset fatigue, 20% widespread pain, and 45% neurocognitive difficulties,” according to Aucott from Johns Hopkins University School of Medicine.

“Patients who developed PTLDS had significantly lower life functioning compared to those without PTLDS,” he added. Eleven percent of patients continued to suffer from PTLDS more than a decade after treatment for culture-confirmed early Lyme disease. [19]

A single tick bite can lead to many hardships

The economic burden can be high, as well. The mean cost estimate of chronic manifestations of Lyme disease in the U.S. was $16,199 annually in 2002 dollars. [21] Eighty-eight percent of the cost ($14,327) of Lyme disease consisted of indirect medical cost, non-medical cost, and productivity losses.

The impact on children has rarely been examined. Nevertheless, one study found that 14% of 86 children with Lyme disease had neurocognitive symptoms on follow-up. Five of these children developed “behavioral changes, forgetfulness, declining school performance, headache or fatigue and in two cases a partial complex seizure disorder.” [22] Children with prior cranial nerve palsy have significantly more behavioral changes (16% vs. 2%), arthralgias and myalgias (21% vs. 5%), and memory problems (8% vs. 1%) an average of 4 years after treatment compared to controls. [23]

However, the opening of Pandora’s box hasn’t unleashed all doom and gloom. There is hope for patients. Evidence-based treatments are helping restore the lives of those suffering with Lyme and other tick-transmitted illnesses.

No Replies to "How long has Lyme disease been around?"