How to protect yourself from ticks with Permethrin-treated clothing 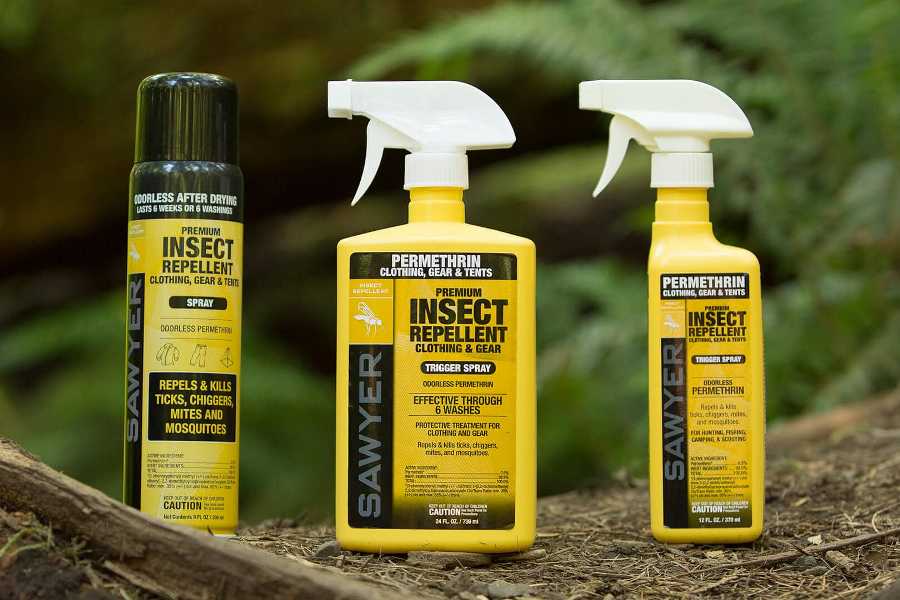 As more individuals begin to venture outside with warmer weather, there are often concerns over how to protect yourself from ticks. Researchers have examined not only the effectiveness of various repellents and protective clothing but also the behavior of individuals who are more likely to encounter ticks.

Researchers in Indiana looked at the protective measures used by recreational hikers in their state. Surprisingly, they found that only 9.5% of hikers used a tick repellent, even fewer (3.4%) wore protective clothing and only 2 individuals “indicated that they took a shower post-recreation and used that activity to search for tick bites.” [1]

Meanwhile, investigators in Australia recently studied the efficacy of ultrasonic pest repellent devices against the Australian paralysis tick, Ixodes holocyclus. “As more than 80% of the ticks were not repelled within the confined area, this level of repellency is clearly insufficient to provide adequate protection from a potential tick bite,” they conclude. [2]

Several studies have looked at Permethrin-treated clothing in repelling ticks.  Sullivan et al. recruited state and county park employees from North Carolina to wear long-lasting Permethrin-impregnated (LLPI) clothing. The authors found that the clothing “retained Permethrin and bioactivity against ticks after three months of use in real-world conditions.” [3]

A study in Rhode Island aimed to provide insight as to how to protect yourself from ticks by examining Permethrin-treated footwear. The authors found that people wearing sneakers and socks treated with Permethrin were 73.6 times less likely to have a tick bite than those wearing untreated footwear. [4]

Researchers found “people wearing sneakers and socks treated with Permethrin were 73.6 times less likely to have a tick bite than those wearing untreated footwear.”

“Ticks approaching a textile impregnated with a strong non-contact spatial repellent (DEET) very rarely made physical contact with the treated textile,” according to Eisen and colleagues from the Division of Vector-Borne Diseases, National Center for Emerging and Zoonotic Infectious Diseases at the Centers for Disease Control and Prevention. [4]

Tick behavior when exposed to Permethrin

After coming in contact with the treated clothing, the ticks dislodged through a “hot-foot” effect.

Unfortunately, field-collected ticks were hardier than laboratory-reared ticks and able to sustain longer contact with the treated textile. The authors postulated that field-collected ticks have been exposed to highly variable temperatures and humidity conditions which may result in slower absorption of Permethrin.

“However, by 1 and 24 hours post-exposure very few ticks displayed normal movement, thus presenting minimal risk to bite, regardless of whether they were reared in the laboratory or collected in the field.”

“Contact with Permethrin-treated textiles negatively impacts the vigor and behavior of nymphal ticks for >24 hours,” according to Eisen, “with outcomes ranging from complete lack of movement to impaired movement and unwillingness of ticks displaying normal movement to ascend onto a human finger.”

One day after exposure, a majority of ticks were completely motionless. The remaining ticks were able to recover. “Ticks having recovered normal movement 1 day after exposure in our study most often ascended onto a finger when given the opportunity (and presumably also were capable of biting),” Eisen points out.

“In a real-life scenario, prolonged periods of time where ticks having fallen off a human host after contact with Permethrin-treated textile are unable to move will undoubtedly increase the risk of mortality due to desiccation or predation.”

“A scenario more difficult to address in a bioassay is when a tick makes initial contact with bare skin and subsequently approaches loose-fitting summer-weight Permethrin treated garments, such as shorts or a T-shirt,” states Eisen.

“In this case, the tick may walk underneath the treated textile and be contacted primarily from the dorsal side as the person moves and the clothing comes in and out of contact with the tick and the person’s skin.”

Permethrin is acutely toxic in high doses. The authors did not address the potential toxicity of Permethrin to humans. “Acute signs of toxicity to the central nervous system include incoordination, ataxia, hyperactivity, convulsions, and finally prostration, paralysis, and death,” according to a review by the National Research Council (US) Subcommittee to Review Permethrin Toxicity from Military Uniforms. [6]

Note: Users have been advised not to inhale Permethrin when treating clothes and not to apply Permethrin to the skin.