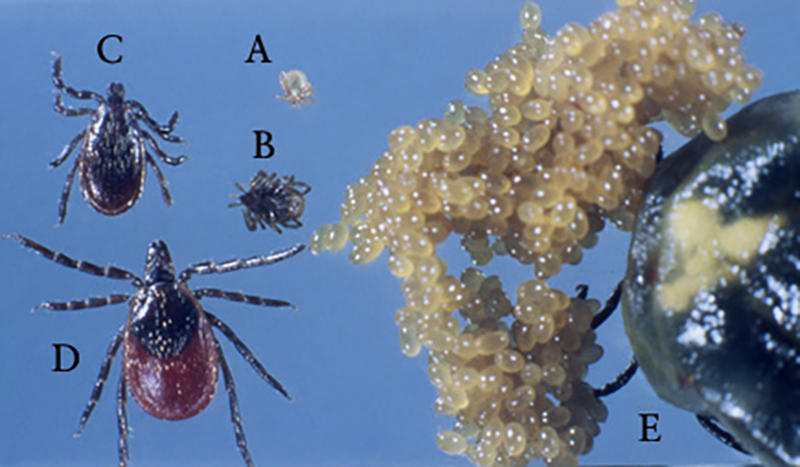 In the Netherlands, a significant number of patients with Lyme borreliosis do not recall being bitten by a tick. It is estimated that 1.1 million people in the Netherlands are bitten by one or more ticks annually and that larvae are responsible for 1.3% to 4.2% of those tick bites. The authors of a new study suggest that patients who do not report seeing a tick bite may acquire Lyme borreliosis instead from the bite of a larval tick, given that it is minute in size, easy to overlook and has now been shown to transmit the disease.

According to a paper published this week in Parasites & Vectors, “larval bites on humans, which easily go unnoticed, can cause Lyme borreliosis and Borrelia miyamotoi disease.” Researchers found that larvae of Ixodes ricinus can transmit Borrelia afzelii and B. miyamotoi to rodents. [1] Individuals living in the Netherlands receive at least 30,000 larval bites, out of 1.1 million tick bites, annually. 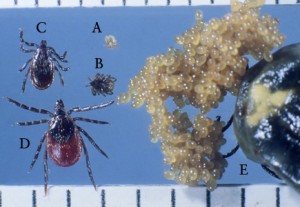 “Larval transmission of Borrelia miyamotoi has implications for checking for ticks and continuing tick precautions even after the risk of Lyme disease has abated,” says Peter Krause, MD, Yale University School of Public Health. [2]

The authors concluded, “This finding changes the current view on the enzootic lifecycle of B. afzelii and the current public health dogma that larval bites cannot cause Lyme disease in humans.”

Read more on larvae transmission in another All Things Lyme blog entitled Larval ticks may be a threat after all: insights based on study of Borrelia miyamotoi.