Babesia cases skyrocket in Wisconsin with a 26-fold increase 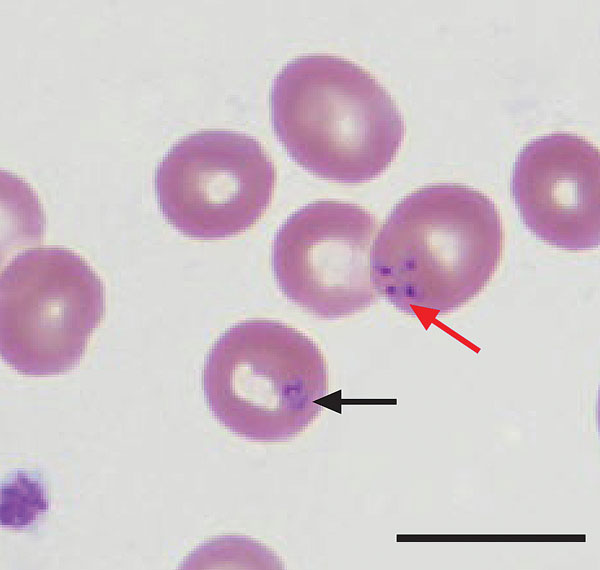 Surveillance data from Wisconsin published in the Morbidity and Mortality Weekly Report (MMWR) demonstrates the seriousness and warranted concern over the spread of the tick-borne disease, Babesia. In 1985, the first case of Babesiosis in Wisconsin was documented. The disease became officially reportable in the state in 2001. Since then, the number of individuals contracting the disease has soared.

In Wisconsin, between 2001 and 2015, “there was a 26-fold increase in the incidence of confirmed babesiosis, in addition to geographic expansion,” according to MMWR. [1] The report listed suburbanization, forest fragmentation patterns, and warming average temperatures as potential causes behind the surge. 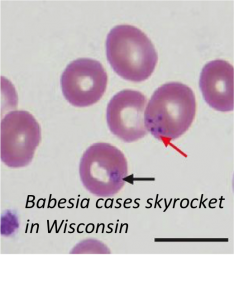 Babesia can be severe, causing life-threatening symptoms. According to the report, in Wisconsin between 2001 and 2015, “three deaths occurred, one in a woman aged 88 years, and two in men aged 64 and 72 years.” [1] Most cases, however, are treated without hospitalization. Thirty-five percent of the confirmed Babesia cases, and 76% of the probable cases were treated in the community.

Individuals contracting Babesia through blood transfusions has also been reported. “Three confirmed cases of transfusion-associated transmission were detected in 2008 and one in 2011, before implementation of routine screening for babesiosis by Wisconsin blood banks in 2016,” according to MMWR. [1]

The authors point out that perinatal transmission of Babesia has been reported, as well. Transplacental transmission is not described in the MMWR Wisconsin report, but was discussed in a 2017 review of tick-borne diseases in the Cleveland Clinic of North America. [3]

The actual number of Babesia cases in Wisconsin is unknown. To be considered a confirmed case, the MMWR required a blood smear or a 4-fold increase or greater in B. microti immunoglobulin G [IgG] antibody titers. [1] However, the blood smear has poor sensitivity, the authors point out. “Blood smear exam has a substantially lower sensitivity of detection of parasites (100–500 parasites/μL blood) than does PCR which can be positive at concentrations as low as one to three parasites per μL of blood.”

Babesia and Lyme – it’s worse than you think