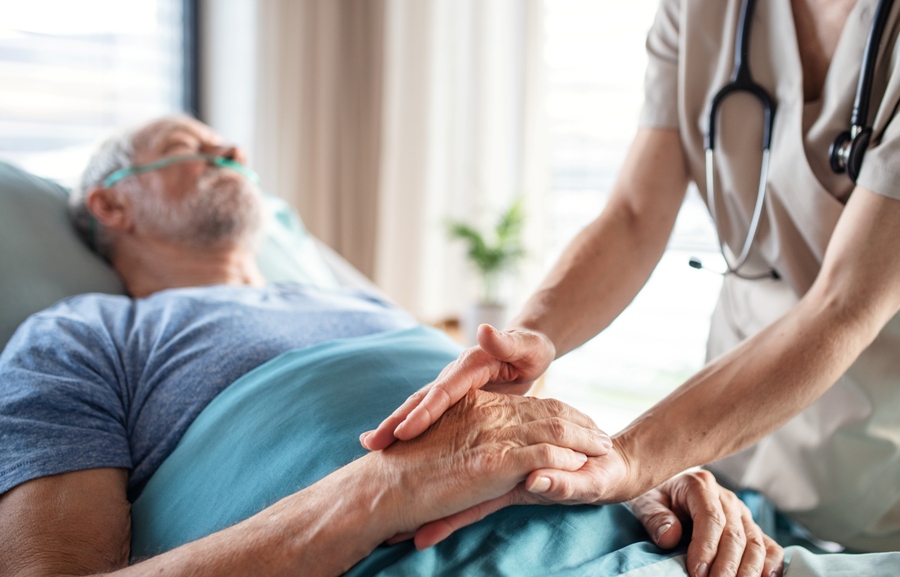 Powassan virus (POWV) is a rare tick-borne infection which can lead to encephalitis, meningitis, and meningoencephalitis in humans. In this case report, the authors describe a 62-year-old man who developed "rapid deterioration of mental status including profound expressive aphasia and required intubation and high-dose steroids." The man later tested positive for the Powassan virus. [1]

The patient presented to the hospital with fevers, headaches, fatigue, and a history of night sweats, according to the case report, “Powassan Meningoencephalitis: A Case Report Highlighting Diagnosis and Management.”

He had a history of chronic lymphocytic leukemia (CLL), Lyme disease, and reactive arthritis. He was not on any medication for Lyme disease or CLL. And had been treated for a year with methotrexatem, which had been stopped one week before admission.

The patient’s spinal tap was consistent with meningitis or encephalitis. The patient was treated with empiric antibiotics (vancomycin and ceftriaxone) and an antiviral (acyclovir). The diagnosis of CLL was confirmed but there was no evidence of bulky lymphadenopathy. His MRI showed mild generalized cerebral and cerebellar atrophy and a few small nonspecific hyperintensities.

“The patient’s mental status deteriorated over the hospital day 1-2 and he developed profound expressive aphasia and ataxia,” wrote the authors. “He was transferred to the ICU and intubated for airway protection on hospital day 6.”

“He was given a five-day course of IV methylprednisolone with gradual improvement in neurologic status,” wrote the authors. “The infectious diseases service was consulted and recommended no further treatment in the in-patient setting.”

The man was discharged to a skilled nursing facility after being hospitalized for 34 days.

On follow-up, he demonstrated significant left-sided ataxia, expressive aphasia, spasticity of both upper extremities and occasional pain in the left upper extremity.

He underwent physical and occupational therapy and was treated with gabapentin, baclofen 10 mg TID, botulinum toxin (Botox) injections, and received a baclofen pump.

Other findings have included upper and lower motor neuron involvement, focal deficits, such as hemiplegia and hemiparesis in the setting of intracranial bleeding, and neuropsychiatric symptoms such as anhedonia [the inability to feel pleasure] and depression.

The authors also highlighted the potential for long-term sequelae. “Long-term sequelae are variable, ranging from severe, disabling residual deficits to a return to near baseline function with a normal neurologic exam.”

“While rare, infections with POWV carry a 10-15% fatality rate, with some reports exceeding 20%,” the authors wrote.

No treatment for Powassan virus

There is no vaccine or treatment for POWV.

“Physicians should be prepared to recognize the common presenting symptoms of POWV, including fever, headache, confusion, encephalopathy, and neurological symptoms, and to provide both aggressive supportive care in the initial phases and appropriate management of long-term neurologic sequelae,” wrote the authors.

“It is important to have a broad differential diagnosis when evaluating patients presenting with symptoms of neuroinvasive infection. While rare, as demonstrated by our patient’s case, infection with POWV may lead to rapid clinical deterioration and long-term neurologic deficits.”

Editor’s perspective: I have not seen a case of Powassan virus meningoencephalitis at my practice. These cases would typically be evaluated in the ER or hospital. I refer my patients with significant neurologic findings to an ER, hospital, infectious disease specialist or neurologist.

I am concerned when doctors overlook other tick-borne infections during a POWV evaluation. An 18-year-old man believed to have the Powassan virus later died from Lyme disease.² Since Lyme disease tests were negative, the young man did not receive antibiotic treatment. An autopsy confirmed the presence of spirochetes in multiple body organs.