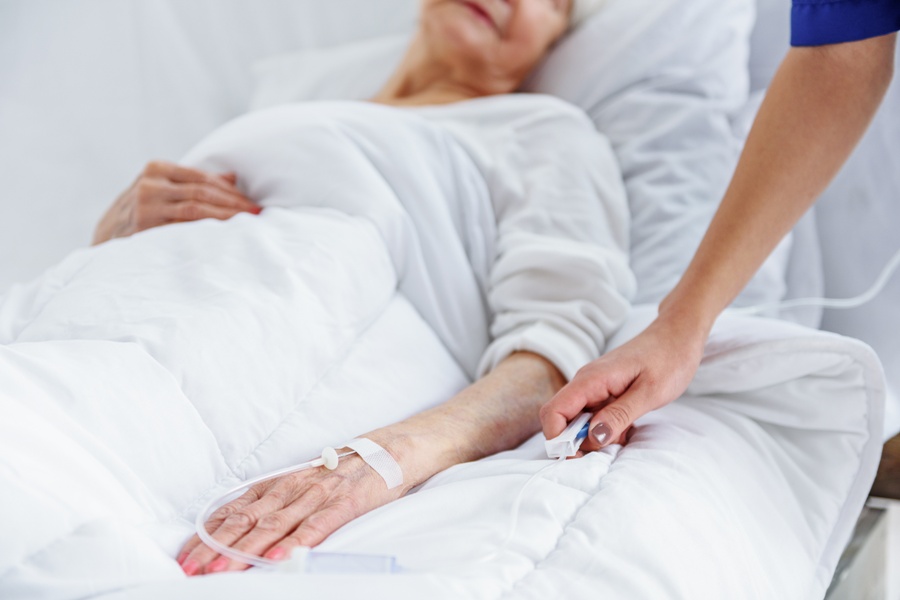 Powassan Virus is a tick-borne infection that can cause encephalitis and meningoencephalitis. It most often presents with neurologic symptoms and has a fatality rate between 10% to 15%. It's estimated that between 1% and 3% of deer ticks in the northeastern United States may be infected with Powassan Virus.

This case report describes an elderly woman from Maine, who was diagnosed post-mortem with a rare deer tick virus, known as the Powassan virus. The 72-year-old woman was admitted to the hospital with myalgias, chills, and an erythema migrans rash on her left scapula. She reportedly had 2 tick bites over the course of one month.

She was prescribed 14 days of doxycycline and discharged home.

The following day, she returned to the hospital, acutely ill with fever, arthralgias, and headache. Intravenous ceftriaxone was added to her treatment regime. But her condition continued to deteriorate.

Within 24 hours of admission, she developed hemodynamic instability, visual hallucinations, and confusion.

“By hospital day 4 she was obtunded and hypotensive. On day 5 she was intubated,” writes Cavanaugh et al. [1]

The patient’s antibiotics were changed to Vancomycin, piperacillin-tazobactam, doxycycline, and acyclovir followed by vancomycin and meropenem.

“She was thrombocytopenic (platelets 21 000) and had developed oliguric acute kidney injury,” according to Cavanaugh.

Unfortunately, the woman died 10 days after entering the hospital.

Her limited autopsy revealed “severe loss of anterior horn cells in the spinal cord and a diffuse meningoencephalitis of the brain,” writes Cavanaugh.

No treatment, vaccine in development

There is currently no treatment for the deer tick virus (Powassan virus). However, an April 2021 article reports that a vaccine is in development.

“We anticipate that the POW-VLP vaccine will induce broad-spectrum neutralizing antibodies against EDIII within the natural virion structure and thus afford protection against Powassan neuroinvasive infection,” writes Cimica et al. [2]

Powassan virus (POWV) lineage 1 and lineage II (DTV) each have their own enzootic cycles and primary tick vectors. POWV lineage 1 is predominantly maintained in an enzootic cycle between the tick vector Ixodes cookei and groundhogs, explains Cavanaugh.

This type of infection in humans, he says, is rare and “likely due in part to limited human contact with I. cookei, which is highly host-specific and lives in the nest or burrow of medium-sized mammals.” The I. cookei tick rarely bites humans.

The second variant is POWV lineage II, a.k.a., deer tick virus. This subtype can be found in the same Ixodes scapularis tick and white-footed mouse that carry the spirochete that causes Lyme disease.

Senator Kay Hagen NC died from this a couple years ago. The Senate has named their $100 Million research act “The Kay Hagen Tick Act”. We should have Nightly news educating about tick-borne diseases every day. I can’t believe we have to do their work for them. Thank you Dr. Cameron for doing it for them. I work at it 7 days a week also.