What is the Powassan virus? 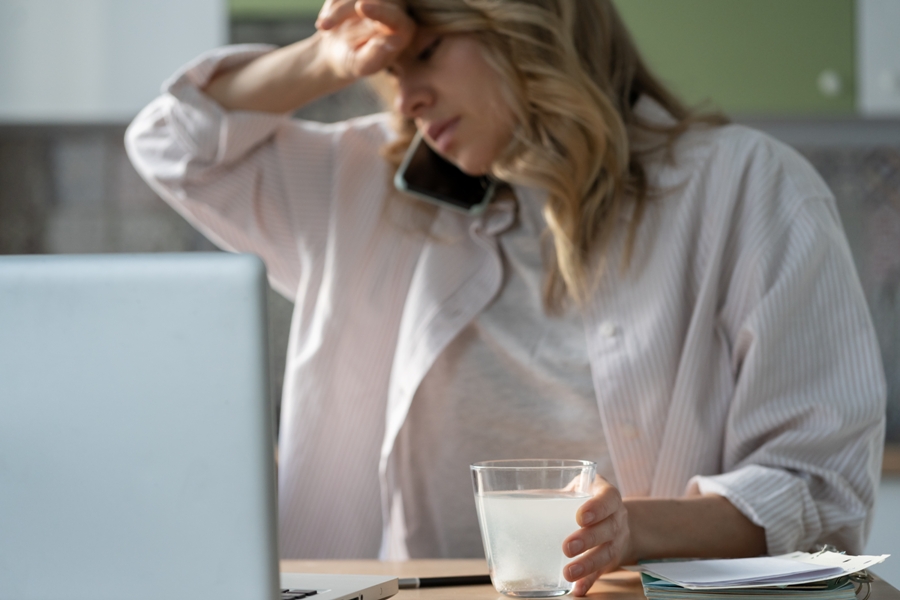 The Powassan virus is a tick-borne illness transmitted by the same tick that harbors the Lyme disease bacterium. Although it is still considered rare, the number of cases is growing and if contracted the virus can have devastating and long-lasting effects.

In their article “Underrecognized Tickborne Illnesses: Borrelia Miyamotoi and Powassan Virus,”  Della-Giustina et al. explain what is the Powassan virus and why it’s raising concerns.  “We chose to review the Powassan virus because it only requires 15 min. of tick attachment for transmission, and the sequelae of the neurologic disease are devastating, in addition to a 10% mortality rate.”¹

What is Powassan virus?

The Powassan virus (POW) is a tick-borne flavivirus that is related to other viruses including: dengue, yellow fever, West Nile encephalitis, and tick-borne encephalitis (primarily found in Europe). “Flaviviruses are a group of single stranded RNA viruses that cause severe endemic infection and epidemics on a global scale.”²

In recent years, other viruses transmitted by ticks have been identified including the Heartland virus (phlebovirus) and the Bourbon virus (thogotovirus).

POW is very similar genetically to the deer tick virus and the clinical presentations are identical.

How was it discovered?

Powassan was first discovered in the brain of a young child.

“Powassan virus is named for the Ontario, Canada, town where it was ﬁrst isolated from the brain of a 5-year-old boy who died of severe encephalitis in 1958,” the authors write.

The second case was reported in New Jersey (1970) and then another in eastern Russia (1978). Although, there have been no reported cases in other countries, the virus has been identified in a growing number of states.

Ticks infected with Powassan virus can transmit the disease in only 15 minutes, causing long-lasting neurologic problems in some individuals, in addition to a 10% mortality rate.

How is the virus transmitted?

The Powassan virus is carried and transmitted by Ixodes scapularis ticks, also known as deer ticks or blacklegged ticks. These ticks can also transmit Borrelia burgdorferi, the bacteria which causes Lyme disease.

“Although many flaviviruses have mosquitos as competent vectors, there is no evidence of human POW virus disease transmitted by mosquitos,” the authors point out.

How fast can Powassan virus be transmitted?

Very fast. “Transmission in mice has been shown to occur within 15 min. of I. scapularis attachment,” the authors write.

This rapid transmission occurs because the virus is already present in the salivary glands, compared to other non-viral tick-borne diseases where the pathogen is typically harbored in the tick’s mid-gut.

What is the typical clinical presentation?

“Few people who become infected with the POW virus have clinically signiﬁcant disease,” the authors write.

However, in some cases, “a Powassan infection can lead to disorientation, headache, neck stiffness, fever up to 40°C, clonus, ocular, and other motor palsies, obtundation and convulsions, and can mimic herpes simplex encephalitis.”

Can Powassan virus be serious?

“Ten percent of cases are fatal.”

Are there tests for it?

A PCR test is only positive in early stages of a Powassan infection. “IgG by enzyme-linked immunosorbent assay is the mainstay of diagnosis, but conﬁrmation requires specialized testing,” write the authors.

Why are co-infections important?

Treatable tick-borne co-infections may be present. The authors describe a patient with a combination of Powassan encephalitis, Lyme carditis, and Babesia.

Yoon and colleagues described the case of a 17-year-old young man who died waiting for a Powassan virus test.³  He was not treated for a co-infection with Lyme disease. His autopsy showed Borrelia spirochetes, which cause Lyme disease, in his heart and liver. He also had PCR evidence of spirochetes in his brain and lungs.

What is the treatment for a Powassan infection?

There is no treatment for a Powassan virus infection other than supportive care.